'Time Well Spent' and 'Après Sail': The two concepts that set Mount Gay Rum miles apart from the rest of the industry 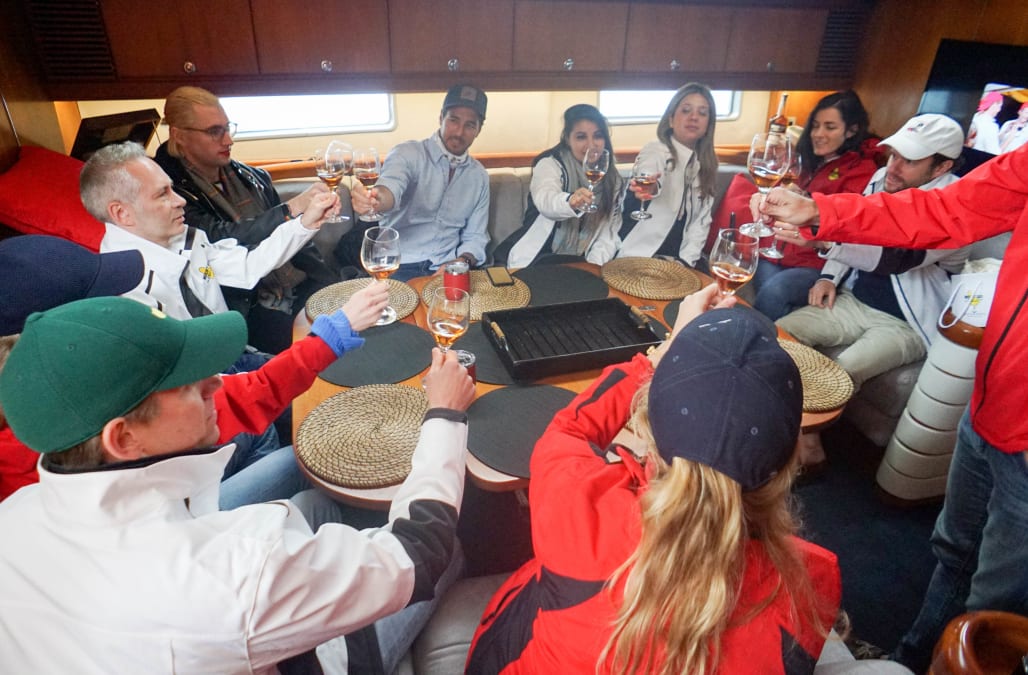 There isn’t quite a word in the English language that describes the feeling of pure fulfillment, content and unadulterated joy that comes from sitting around with a group of close friends and loved ones, sipping cocktails and recalling stories from years (or even days) past.

That notion of felling a part of something larger, while also honing in on something so intimate sets the stage for some of the most memorable moments of our lives — those where we are falling in love with new memories as we recall old ones simultaneously.

This concept is what Mount Gay Rum refers to as ‘Time Well Spent’, and it’s this concept that serves as an explanation as to why the brand has been able to maintain not only such a reputable name, but a completely authentic culture of its own that has helped transform the public perception of what it truly means to be a premium spirits brand.

“Mount Gay Rum was established in 1703 making it the world’s oldest rum. 300 years of craftsmanship led to Mount Gay Rum's unique appreciation for time. To us, time well spent is time forging meaningful bonds with friends.”

With time comes tradition, and perhaps one of Mount Gay’s greatest hallmarks is its profoundly intertwined history with the culture and sport of sailing, ranging from the early 1700s and up until the current day.

Here’s the gist — back in the 1700s, if a sailor could make it back to Europe or the Americas with a barrel of the rum, it was proof of their experience and skillset — the highest regarded accomplishment in the sailing world, as sailing vessels were the only way in which Caribbean imports could reach the Americas.

This appreciation and respect for skilled sailing gave birth to the well-regarded Mount Gay Rum Red Cap phenomenon, where sailors who successfully finish a Mount Gay sponsored regatta are awarded a cap upon the end of the race.

Apres Sail, Newport
Up Next

“As the world’s oldest premium rum brand, Mount Gay has a deep heritage tied to the sailing community. The relationship dates back to the 1700s when explorers carried Bajan rum back from their travels at sea as badges of honor. For over 20 years, Mount Gay has sponsored regattas around the world and become engrained in the sailing culture from the iconic red hats to the beverage of choice.”

It’s this dichotomy of the ‘then vs. now’, the hard-anchored tradition translating into new modern day moments that's a major part of what makes Mount Gay so special — not only are you, your father and your grandfather reaching for the same bottle of rum, but the stories you tell about your time drinking it all evoke the same emotions, differing only the details.

A prime example of harnessing old tradition into new tradition was this May at the Volvo Ocean Race in Newport, Rhode Island, where Mount Gay served as a sponsor and primary presence (unsurprisingly) among the Race Village and the city of Newport as a whole.

The brand curated an entire experience dubbed ‘Après Sail’, where guests were treated to luxury accommodations with snapshot-worthy ocean views, interactive and private dinner experiences, days spent boating and daydreaming and of course, all the rum a sailor could ever wish for!

Much like ’Time Well Spent’, the ‘Après Sail’ lifestyle is more of a feeling and an essence than anything else — a mix of luxe and leisure, antiquity with modernity.

It’s a lifestyle that has to be lived to be fully felt, but once experienced, one becomes undeniably seasoned in exactly what it means.

Our bottomline description of ‘Après Sail’?

Taking the finest, handcrafted sailing elements (Mount Gay Rum, a boutique hotel on land, fresh fish and chef-prepared meals in the cabin, state-of-the art sailing boat, passionate and intelligent company) and experiencing them in a manner and environment that promotes and exudes sophistication, tradition, and most importantly, joy.

“Mount Gay has become a ritual for sailors to share and relive their passions after a day on the water. For those who share common passions, we hope to create more genuine bonding moments and authentic relationships over Mount Gay Rum cocktails.”

What Mount Gay as a brand has managed to maintain for the past 300 years is exactly what ‘Time Well Spent’ and ‘Après Sail’ represent themselves: A perfect balance of tradition and innovation centered around good conversation, never-ending storytelling and most importantly, really great rum.