The story of how Bill Gates's dad saved Starbucks 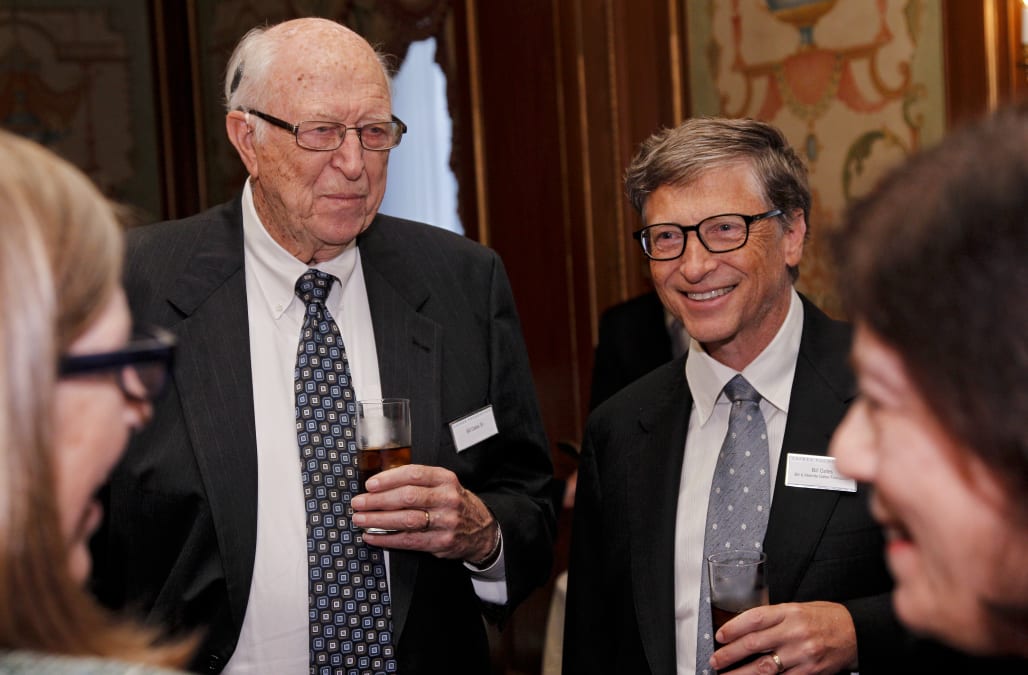 Starbucks (SBUX) as we know it today would not exist if it weren’t for the help of Bill Gates Sr., the father of Microsoft founder Bill Gates, according to executive chairman Howard Schultz.

In 1983, a 30-year-old Schultz made his first trip to Italy. At the time, he was an employee of Starbucks, which was a small Seattle-based roaster. While in Milan, he encountered the world of Italian coffee bars, where he experienced “the romance and the theater of espresso.”

“What really caught my attention was the sense of community that existed inside of these coffee bars, and what I began to realize and label as the ‘third place’ between home and work,” Schultz said at an event hosted by The Atlantic Council on Thursday.

The young Schultz raced back to the U.S. to share his experience and convince the Starbucks’ founders that he had “seen the light.”

RELATED: 10 coffee chains predicted to be the next Starbucks

10 coffee chains predicted to be the next Starbucks

“Now, I’m not the founder of Starbucks,” he said. “I was an employee of the company, and I had to convince the founder to embrace my idea. And I thought I was a pretty good salesman at the time. And he basically turned me down cold and said, ‘not interested.’”

Soon after, Schultz left and set out on his own with his first coffee bar Il Giornale, named after a daily newspaper published in Milan.

Starbucks ultimately encountered some financial trouble and the founder approached Schultz to buy the company.

“The founder came to me and said, ‘You would be the right steward to acquire the rights of Starbucks,’ which had six stores at the time for $3.8 million. That was the good news. The bad news is I didn’t have any money.”

Schultz was given 60 days to raise the capital. About 30 days in, the founder informed Schultz that he had received an all-cash offer with a quick closing. It turned out that bid came from one of Schultz’s investors in Il Giornale.

“It turned out that an investor of mine in my store went behind my back and was going to steal the company from me. Worse than that, this was one of the titans of Seattle. So I was crushed. I came home. I probably cried to [my wife] Sheri, ‘We’re going to lose everything, our dream. It’s over. I don’t know what to do.”

A young attorney friend whom Schultz had confided in recommended that he meet with Bill Gates Sr., a prominent Seattle lawyer.

Schultz met with Gates Sr. in his office at 8 a.m. and explained his story. Gates asked him two questions: “Is everything true?” and “Have you left anything out?” Gates Sr. then requested that Schultz come back in two hours.

When Schultz returned, Gates Sr. told him that they were going to “take a walk” and see the man.

“My heart was racing. I didn’t know what was going to happen,” Schultz said. “And we stormed into the guy’s office, and he’s sitting at his desk and Bill Gates leaning over, all six-foot-seven of him, and basically points a finger at him and says, ‘You should be ashamed of yourself. This is what’s going to happen — you’re going to stand down, Howard is going to buy the company, and we’re never going to hear from you again. Do you understand?’ I was like, ‘Oh, my God! Now, this is the way business is done.’”

There was one problem, though. Schultz was still short on financing.

“I said, ‘Mr. Gates. I have to tell you one thing. ‘I’m $2 million short.’ And he said, ‘We’re going to find the money and my son, and I are going to invest,’” Schultz recalled. “If it weren’t for Bill Gates Sr. there would be no Starbucks.”

Schultz was turned down by 217 of the 242 investors he approached. The identity of the investor who tried to steal the Starbucks deal is still not known publicly.