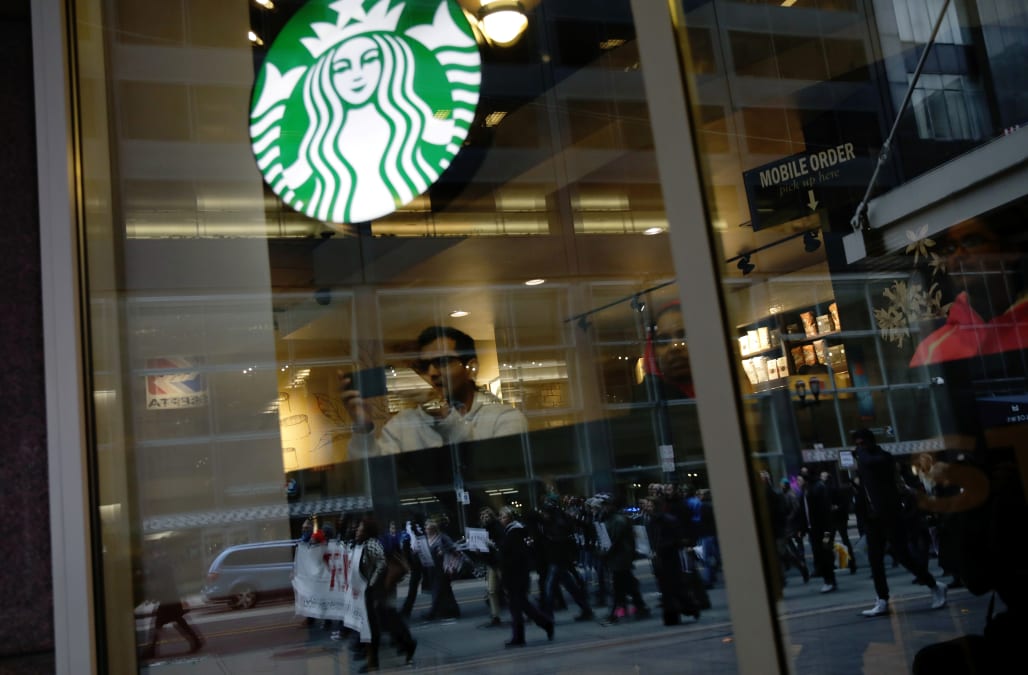 A pair black men arrested at a Starbucks in downtown Philadelphia last month have found a new mentor in the megachain’s chief operating officer, Kevin Johnson.

“The CEO of Starbucks is going to personally mentor these two young men going forward. After they met, he was so impressed and they were so impressed with one another that they’re going to have a continuing relationship,” attorney Stewart Cohen said during an appearance on Good Morning America.

Arrest of two men at Starbucks sparks controversy
We apologize to the two individuals and our customers for what took place at our Philadelphia store on Thursday. https://t.co/suUsytXHks
Starbucks apologizes after viral video shows black men being arrested at store despite no evidence of crime… https://t.co/gyFK2EqlNE
A witness to the Philadelphia Starbucks arrest said a manager did not ask the two men to leave before calling polic… https://t.co/XCvSOO33TJ
Two black men were arrested in Starbucks. Witnesses say they "didn't do anything" https://t.co/TuikJLiCZt https://t.co/SZUTNdd1wH
Up Next

He was speaking on behalf of his clients, Rashon Nelson and Donte Robinson, who were cuffed and escorted from the Philadelphia cafe on April 12 while they were waiting for a friend to show up for a previously scheduled business meeting.

The manager called law enforcement, claiming the men refused to buy anything and that they would not leave.

Nelson and Robinson spent a few hours in jail before the trespassing charges were dropped and they were released. But video of the arrest quickly went viral online and sparked swift backlash as well as protests over racial profiling.

“Not only do they have a seat at the table and not only do we have this settlement,” Cohen continued, “but we have the beginning of a relationship.”

The city of Philadelphia on Wednesday settled with Nelson and Robinson for a symbolic $1 each as well as a promise to develop a $200,00 program for aspiring entrepreneurs in “under-served communities.”

They hope it will educate participants on how to develop a business, with topics ranging from etiquette to financial literacy and “how to use money as a tool.”

“We’re working together on putting together this curriculum to provide these tools to these young students,” Robinson said during his appearance on GMA.

“We took a negative and we turned it into a positive.”

Nelson said he looked forward to working on reforms including racial bias training with Starbucks and its CEO.

“Hopefully other companies will take what Starbucks is putting into perspective,” he said.