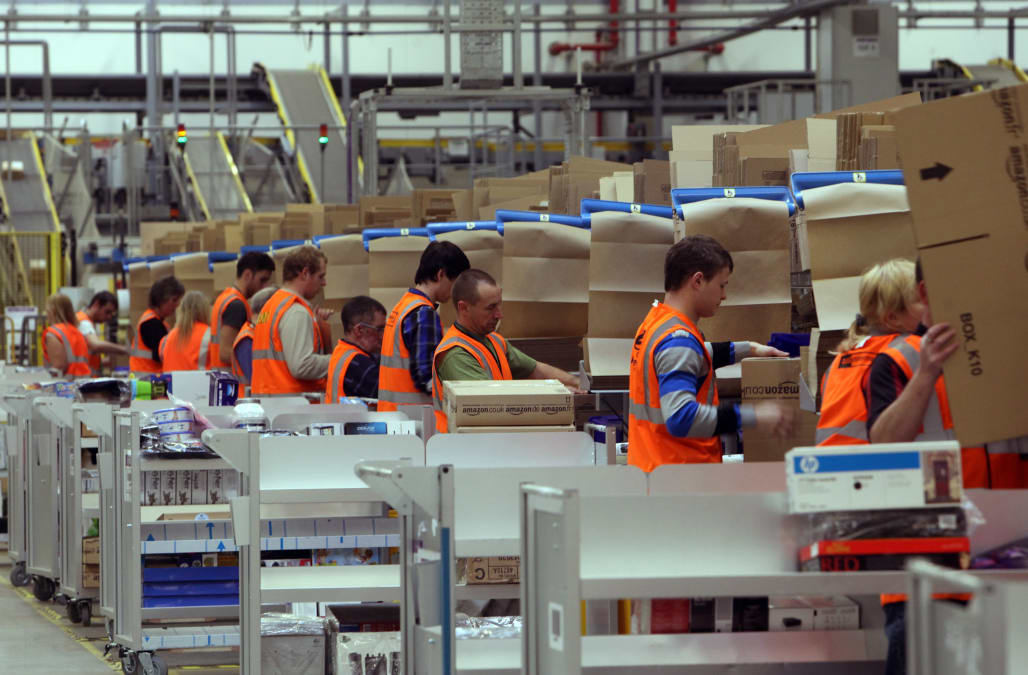 Amazon founder Jeff Bezos might be the richest man in the world, with a net worth of around $112 billion (£78.4 billon), but those working on his warehouse floors are so desperate to keep their jobs that they don't even take time to go the toilet.

Rushed fulfillment workers, who run around Amazon's warehouses "picking" products for delivery, have a "toilet bottle" system in place because the toilet is too far away, according to author James Bloodworth, who went undercover at a warehouse in Staffordshire, UK, for a book on low wages in Britain.

Bloodworth told The Sun: "For those of us who worked on the top floor, the closest toilets were down four flights of stairs. People just peed in bottles because they lived in fear of being ­disciplined over 'idle time' and ­losing their jobs just because they needed the loo."

Amazon is famous for tracking how fast its warehouse workers can pick and package items from its shelves, imposing strictly timed breaks and targets. It issues warning points for those who don't meet their goals or take extended breaks.

A survey of Amazon workers, released on Monday, found almost three-quarters of fulfillment center staff are afraid of using the toilet in case they miss their targets.

"[Targets] have increased dramatically. I do not drink water because I do not have time to go to the toilet," the survey quotes one anonymous worker as saying.

Another said: "The target grows every year. I do not have two more legs yet to make the 100% to pick, where you actually need to run and go to the toilet just during the break. Packing 120 products per hour is terribly heavy.

"You have to pack two products per minute. You do not have time to drink water because you go to the toilet after every evening sends messages to the scanner with the target and tells you to hurry."

Workers punished for being sick

Another employee said she was ill while pregnant, and was still handed warning points.

And yet another said: "I turned up for my shift even though I felt like shit, managed 2 hours then I just could not do anymore. Told my supervisor and was signed off sick, I had a gastric bug (sickness and diarrhea, very bad) saw my doc. Got a sick note with an explanation, but still got a strike."

Amazon has not immediately responded to Business Insider's request for comment, but the firm told The Sun:

"Amazon ensures all of its associates have easy access to toilet facilities which are just a short walk from where they are working.

"Amazon provides a safe and positive workplace for thousands of people across the UK with competitive pay and benefits from day one.

"We have a focus on ensuring we provide a great environment for all our employees and last month Amazon was named by LinkedIn as the 7th most sought after place to work in the UK and ranked first place in the US."