Here's what you should always splurge and save on for Coachella 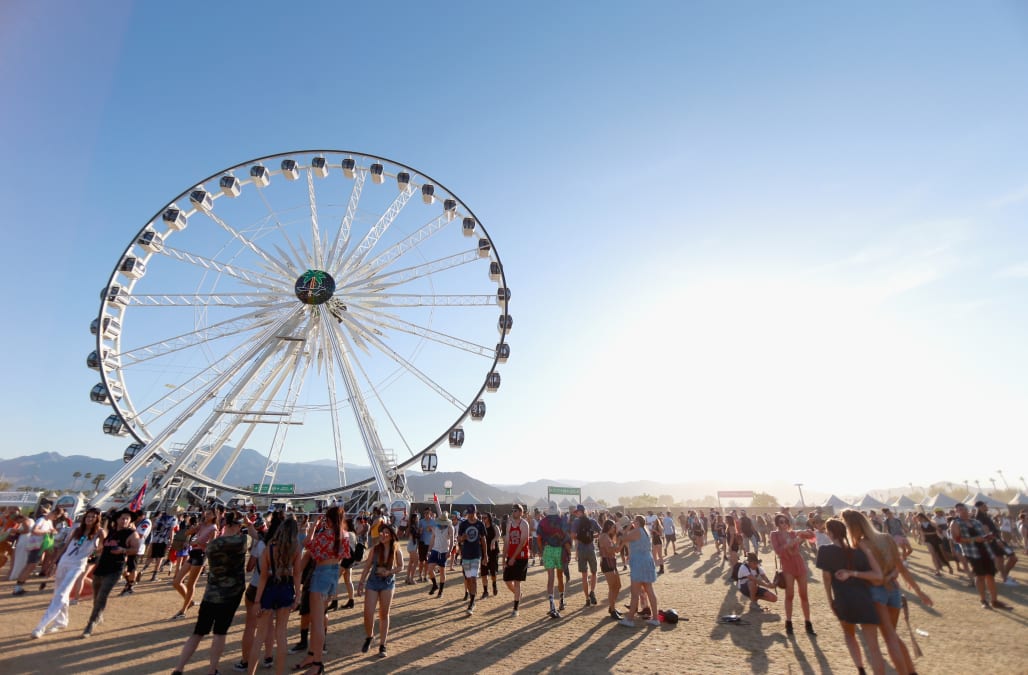 Starting on April 13, hundreds of thousands of fashion, art and (of course) music lovers will make their annual pilgrimage to Indio, California to spend three days in the desert soaking in the best of what Coachella Valley has to offer.

Each year, brands, influencers and attendees prepare their boldest looks and biggest activations, which can get even pricier than a coveted ticket into the festival itself — and then some.

Budgeting can get the best of any festival-goer, so we broke it down into four easy-to-remember categories on where your cash should go when getting ready for Coachella: Save, Splurge, Mix, and Out-of-your-control expenses.

Save: Clothing and small accessories

Though there’s an art to mastering the practical yet fashionable sense of style that the beast that is Coachella calls for, many use the weekend as an excuse to try a new look that they would never dare to try anywhere outside of the Valley.

Chances are, a funky-patterned mini dress or a brightly-colored crop top probably won’t give you much usage come May.

As far as small accessories go, (like belts, sunglasses, small bags) they’re easily misplaced and easily damaged, especially in such a fast-paced environment prone to crowds and general frenzy.

These clothing items will serve all the looks without breaking the bank:

Even if you rolled out of bed and showed up to the grounds in a t-shirt and shorts, a bold bag will instantly pull everything together.

Not to mention, you won’t want to skimp on quality, as everything you’ll be carrying around all day will go inside of it.

These bags are cute, functional and translatable into everyday life — whether it’s a summer stroll or lazy beach day, well worth the extra bucks:

Splurge and save: Bathing suits

Let’s face it — It’s April. The desert is hot. Pool parties will be plentiful, many popping around the festival grounds in their swimsuits. But the beauty of mixing and matching bathing suits means being able to go for that more expensive top your coveting while spending less on a more basic bottom.

As for one pieces, a more expensive suit can be worn again as a bodysuit in non-swimming events while a less-expensive piece can be an easy throw on that you’re not worried about being ruined by chlorine or salt water.

Here’s a chic mix of both:

Supply and demand, a tale as old as time. The data for this year is in and, to be frank, it’s about as bad as one would probably imagine.

New data from AirDNA found that only 30 percent of Airbnb rentals in Indio, California are still available for Coachella weekend 1.

And if that isn’t enough, the estimated average cost across both Coachella weekends for an entire Airbnb in Indio is a casual $2,971, compared with a $1,464 average across the first two weekends of May.

Abridged version: No matter how much you budget for housing, Airbnb and other vacation rental hosts will most likely jack up prices on busier weekends in the area. It’s a guessing game as to where you book, when you book and precisely what neighborhood you’re booking in. As most things go in life, some things you have to just take at face value — and usually, that doesn’t apply to housing prices.

More from Aol.com:
Walmart's best selling items in every US state post-tax season
Important things to know when shopping a store closing sale
Editor in Chief of 'The Knot' reveals genius hack to cut cost of your wedding cake