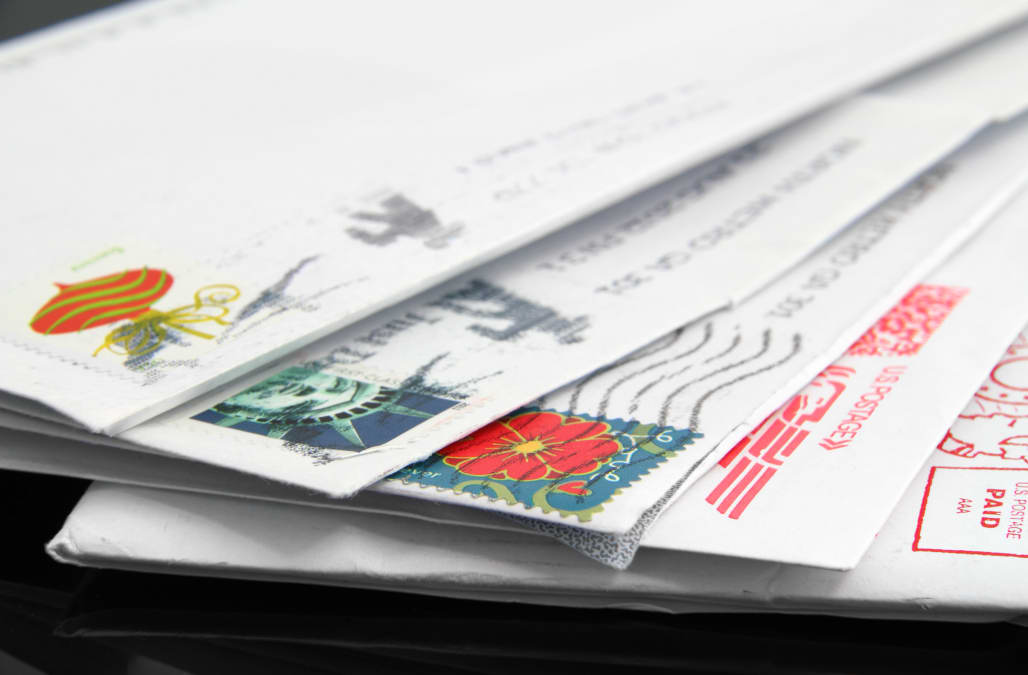 Residents in Turin, Italy, may receive some backdated correspondence after a former postman was found with over 400kg of undelivered letters and packages, The Guardian reports.

The 33-year-old postino was stopped by police during a routine road check. The police's suspicions were aroused when they discovered 70 letters in the back seat of his car and a 20cm long folding knife.

The lowest-paid 10 percent of metal and plastic machine workers earned less than $22,470 a year as of May 2016, according to the Bureau of Labor Statistics. But machine operators willing to work night shift jobs could boost their salaries. The average, annual, graveyard shift salary for a machine operator is $22,137.33 — according to the job search site ZipRecruiter — compared with the daytime shift average of $21,365.58.

Servers who work the dinner rush might not make significantly higher wages than those who work during daylight hours, but bigger evening tips can add up fast. Respondents reported shelling out $11.14 on average for every midday meal they ate out, according to a November 2015 Visa survey, and the average dinner meal cost $36.30 per person, according to a January 2016 Zagat survey. In that same poll, respondents reported tipping an average of 18.9 percent.

Caregivers help clients take care of themselves and assist with everyday tasks. They might work as home health aides or in institutional settings like nursing homes, where evening jobs and weekend jobs are common. Part-time employment as a caregiver is also a possibility, but keep in mind that part-time jobs with benefits are hard to find.

Pay for personal care aides varies significantly. The lowest-compensated 10 percent of caregivers earned $17,310 annually and the highest-paid 10 percent earned more than $29,760 as of May 2016, according to the BLS. Night work could boost an entry-level caregiver’s salary: The graveyard shift annual earning average is $19,444.18.

Signing up for the late shift could be a good way to land an apprenticeship or job in this potentially lucrative profession. The lowest-paid 10 percent of machinists earned less than $25,900 and the highest-paid 10 percent earned more than $62,590 a year as of May 2016, according to the BLS. Compare that with the typical salary — $36,188.69 — an employer pays a machinist to work the night shift.

Typically, tractor-trailer drivers' routes span several states, so many spend significant periods of time making long road trips. The salary scale for drivers varies widely: The lowest-paid 10 percent earned an average annual paycheck of less than $26,920 and the highest-paid 10 percent earned more than $63,140 as of May 2016, according to the BLS. The graveyard shift annual compensation average for Class A truck driving positions is $51,879.54.

Working overnight hours is common in this profession, however, particularly for those whose employers might be shipping goods around the clock. The average, annual, graveyard shift salary for material handlers is $22,629.21, compared with the daytime average of $22,310.43.

Customer service workers handle customer complaints, process orders and provide information about products and services — and they often work weekend and holiday hours. Assuming they clocked in for 40 hours a week, 50 weeks a year, the lowest-paid 10 percent of customer service representatives earned around $20,020 or less per year as of May 2016, according to the BLS. Switching to the night shift would earn those workers an average annual salary of $21,162.26.

You might wonder, “Are there any night jobs near me?” If you want to assume a customer service representative role, the answer is yes. The need for customer service people is expected to rise by 10 percent until 2024, according to the BLS.

Many security officers are required to work at night, guarding secluded areas or keeping an eye out for rowdy patrons at crowded clubs and casinos. The lowest-paid 10 percent of workers in this field make $18,860 per year, according to the BLS. But the graveyard shift for security guards pays on average $21,693.85 per year, according to ZipRecruiter.

Government employees whose salaries are dictated by the Federal Wage System are entitled to a night shift differential when the majority of their regularly scheduled, non-overtime hours fall between 3 p.m. and 8 a.m. The amount of that bonus depends on when the employee works the majority of their hours. For example, a shift that goes from 3 p.m. to midnight would earn them 7.5 percent on top of their base pay, and a shift that goes from 11 p.m. to 8 a.m. would net them an extra 10 percent.

Police went to the man's home where they found another 40 boxes of hoarded mail. The postman had quit his job in 2017 but hadn't delivered any mail for some three years by that time.

"I wasn't paid enough and so I quit," the man reportedly said. The negligent delivery man faces charges of theft, misappropriation of correspondence and for carrying a weapon.

In 2013, a postman in Sardinia was found with 400kg of hoarded post. "I think he just didn't want to work," a local hairdresser said.

According to The Local, The "violation, misappropriation or destruction" of someone else's post is a criminal offence in Italy, punishable by up to one year in prison.

SEE ALSO: A postman collected pebbles every day for 33 years and what he created is astounding