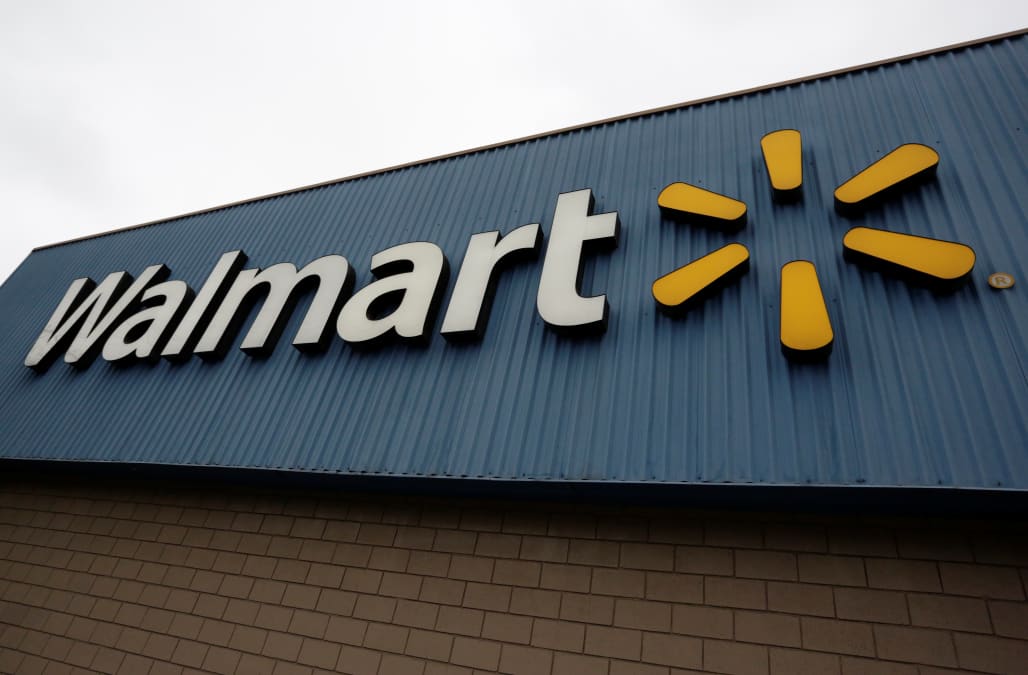 Simon Belsham will oversee all operations including grocery and general merchandise and join Walmart's U.S. e-commerce leadership team, according to an internal email sent on Monday by Marc Lore, the head of Walmart's e-commerce business, to Jet employees and seen by Reuters.

Did you see a coupon from a competitor instead of Publix? Bring that coupon with you! Publix posts a list of competitors at each store, allowing you to bring in a coupon you saw elsewhere and get that same deal right at Publix.

Speaking of coupons, Wegmans offers a stellar deal with their double coupon policy. If you saw a coupon from a manufacturer that was less than $0.99 in value, Wegmans will not only give you that coupon but will also reward you with another $0.99 off. If the price is above $1, they will still give you the coupon’s face-value deal. Don't miss these 19 shopping tricks all frugal shoppers use.

Hated the recent flavor of Joe Joes? Just return them! That’s right, even after trying something, you can actually return it if you found it unbearable. Trader Joe’s will happily take it back and give you a refund.

Do you get coupons for H-E-B? If not, well, you should. H-E-B offers a coupon deal called Combos Locos where, when buying two items together, you get discounted prices. For example, a deal could include a bag of salad with a free bottle of dressing! Keep an eye out for deals on their website. Here are more sneaky ways to find great deals online.

Nope, these bargain bins actually aren’t a rip off (like some bargain bins turn out to be). You are going to want to take advantage of the incredible deals at Aldi’s bargain bin because the low prices will actually knock your socks off.

Buy-one-get-one deals, or even buy-two-get-three deals, are always a draw for people trying to buy bulk at a grocery store, But what make’s Harris Teeter special is the secret behind those deals. Instead of offering one item full price and another completely free, the items just ring up as half off. So if you only need one pound of meat and don’t have room in your freezer for another, that meat will still ring up as 50 percent off! Plus, try making these healthy food swaps that can actually save you money.

Loved the fuel saver program through Hy-Vee? Well, their new-and-improved program is going to have you jumping out of your seat. With this new membership, you can save big using digital deals and coupons target specifically for your shopping list, receive surprise savings, and even get the chance to win rewards! Some of those include kitchen makeovers, vacation packages and even a new car.

The back of the store at Costco

That’s right—the back of the store is where you’re going to find all of the deals. By working your way forward, you are finding the best bang for your buck. Make sure to walk through “center court” (the savings aisles in the center of the store) and to avoid the front at all costs. The front is known as “action alley” and will rarely give you the type of deals that you crave. Check out these money-saving things you can do at Costco without a membership.

The jobs at WinCo

Not only are WinCo deals even cheaper than Walmart most of the time, they also offer incredible employee benefits. Like being a part-owner of the store, for example. If you work at WinCo for over 500 hours in the first six months and 1,000 hours in a year, you are eligible for the Employee Stock Ownership program. They also offer incredible benefits including retirement savings and insurance.

The app from Whole Foods

Whole Foods may sit more on the expensive side, but their app can actually help you save those dollar bills. It’s completely free and loaded with coupons and current deals, giving you a leg up on what to grab in the grocery store.

Because Fry’s is a Kroger brand, these two offer the same incredible deal every week—free item Fridays! Find out what you can get for free by downloading the coupon the day before heading to the grocery store.

Every week Winn Dixie offers meal deals where they hand you not one, not two, but three items for free. The meal deal typically comes with a specifically chosen entree. Once you get the entree, you can get the chosen sides (typically a carbohydrate, a vegetable, and a dessert) for free.

You may not realize it, but most department stores work off a markdown schedule in certain departments each day of the week. Although every store is different, shopping at Target’s Market (the grocery part of the store) is best for savings on Tuesday. However, there is no harm in asking a sales associate when your local Target’s specific markdown schedule is. Here are more sneaky ways to save money at Target.

If you still love to get coupons mailed to your home, then you better be digging for those ShopRite super coupons. These coupons will offer you deals you probably couldn’t even dream about and will make your wallet sing songs of praise. You can also check out a lot of their other coupon deals online at their Digital Coupon Center.

The MVP kiosk at Food Lion

After signing up for the MVP Program at Food Lion, you’ll want to take advantage of their kiosk ASAP. Simply scan your MVP card when you’re in the store to see what deals are going on for that day, and even a set of personalized coupons based on your recent purchases. But be on the lookout for these 32 retail scams that trick you into spending more.

Just like their Everyday Low Prices and Club Card Savings, Albertsons offers deals on their healthy products by using their SimpleNutrition tags. So instead of ignoring those healthier foods because of the prices, scout Albertsons for these tags to save big and eat healthily.

Every now and then, Meijer will post codes on their Facebook and Twitter for mPerk members to get free items. They offer all sorts of items for free, and if you follow them on social media, you’ll always come across some incredible deals. Make sure you memorize the best times to buy cheap finds throughout the year.

Cash back at Sam's Club

That’s right—they just hand it to you! For every $500 you spend, you get $10 back. That may not seem like a lot, but if you’re a faithful Sam’s Club shopper, that can seriously add up as the year progresses. Don't miss these other surprisingly simple ways to save big at the supermarket.

If you have a Stop & Shop card (or a Giant card, since they are owned by the same company) you can actually earn cash back when using some of the offers. Just click the offers you want to use on the app.

Saw a cheaper price somewhere else? Bring those ads with you to Walmart! You can get the cheaper deal by showing the associate that pricing, who can then walk you through a process to get that same deal right at the store. Wherever you shop, just make sure you avoid these 50 supermarket tricks you still fall for.

Walmart acquired Jet for $3.3 billion in August 2016, a deal that was widely considered a watershed moment for its then-struggling e-commerce operation as it got access to both technology and talent through Jet founder Lore and his team.

Walmart's e-commerce success has been erratic. Online sales increased 23 percent in the most recent quarter, less than half the rate of growth in each of the previous three quarters. Walmart's stock got walloped after the news.

Walmart is aggressively ramping up its online grocery business. It has said it will expand home delivery service to more than 100 U.S. cities and offer curbside grocery pickup at 2,200 stores by the end of the year.

"With Jet grocery being an integral part of the strategy, Simon brings incredible experience in scaling grocery delivery and his unique background in converging technology and retail," Lore said in the email.

Belsham spent seven years at Tesco, building up its online grocery operation for Britain and 10 markets across central Europe and Asia. He also developed a general merchandise platform for Ocado, a UK-based web retailer that sells groceries.

Most recently, Belsham worked as chief executive officer of venture-backed Notonthehighstreet.com, according to the email.

He will succeed Liza Landsman, who left the company in March, a little more than a year after she was promoted to the job. Belsham will start on March 26, report to Lore and be based at Jet's New Jersey headquarters, according to the email.

Walmart CEO Doug McMillon said on a Feb. 20 earnings conference call the online retailer will not grow as quickly as it did in the early days but will be well-positioned in select markets.

Belsham will also need to ensure that Jet is differentiated from the parent brand and offer shoppers specialty goods that cannot be bought elsewhere - a strategy on which Lore has focused in the past year.

Belsham said in a statement he has long admired the founders of both Walmart and Jet.

"In my view, there is no business better positioned to take advantage of the opportunity ahead than the combination of Walmart and Jet," Belsham said.

More from Aol.com:
Global producer and DJ Steve Aoki teams up with ASICS to debut the new shoe that all his friends keep 'asking about'
World Water Day: Stella Artois teams up with Water.org to provide clean water to over 1.5 million people
LinkedIn reveals top 50 places to work in the US for 2018