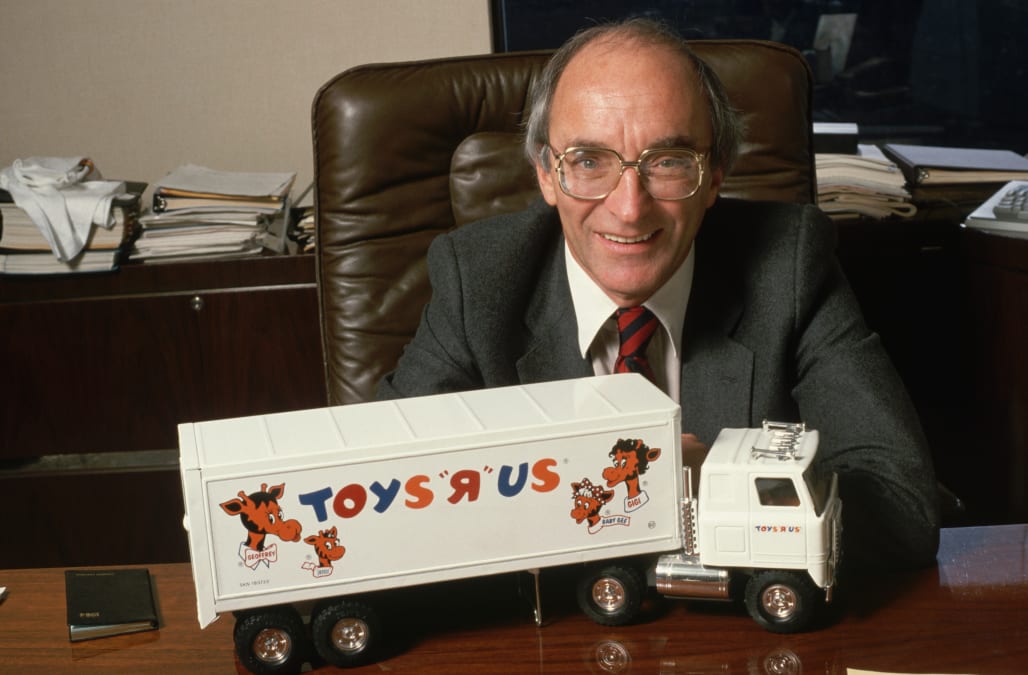 Charles Lazarus, the founder of Toys R Us, died on Thursday in Manhattan, Bloomberg reported, a week after the company announced it would be shutting down or selling all of its stores in the US. He was 94.

Lazarus opened the first Toys R Us store in 1957. He had been running a baby-furniture store since 1948. Toys R Us became the first retailer to mass-merchandise toys at discount prices, according to Entrepreneur.

At that time, its main competition came from department stores, which mostly made toys in the runup to Christmas. The idea of selling toys year-round was a novelty.

Toys R Us was sold to Interstate Department Stores Inc. in 1966; this company subsequently went bankrupt. Lazarus was credited with pulling Toys R Us through the bankruptcy and helping it to go public in 1978.

In its heyday in the mid-1990s, Toys R Us was the biggest toy seller in the US, expanding rapidly as it pushed out smaller chains. Lazarus stepped down as CEO in 1994 and stayed on as chairman for four years after.

By 1998, things had changed. Walmart began selling more toys than Toys R Us in the US, and competition heated up in the market.

The store has been saddled with debt since a leveraged buyout took it private in 2005.

In September, it filed for Chapter 11 bankruptcy protection, and after a rocky Christmas sales period, it filed for liquidation on March 15. The company is now closing or selling all 735 of its stores in the US.

At the time of his death, Lazarus did not hold a stake in the company.

More from Business Insider:
Nike pops after crushing earnings and sales estimates
Activision is taking a page from Disney’s playbook to turn its video games into gold mines
A United passenger is suing the airline after he allegedly fractured his spine on a plane