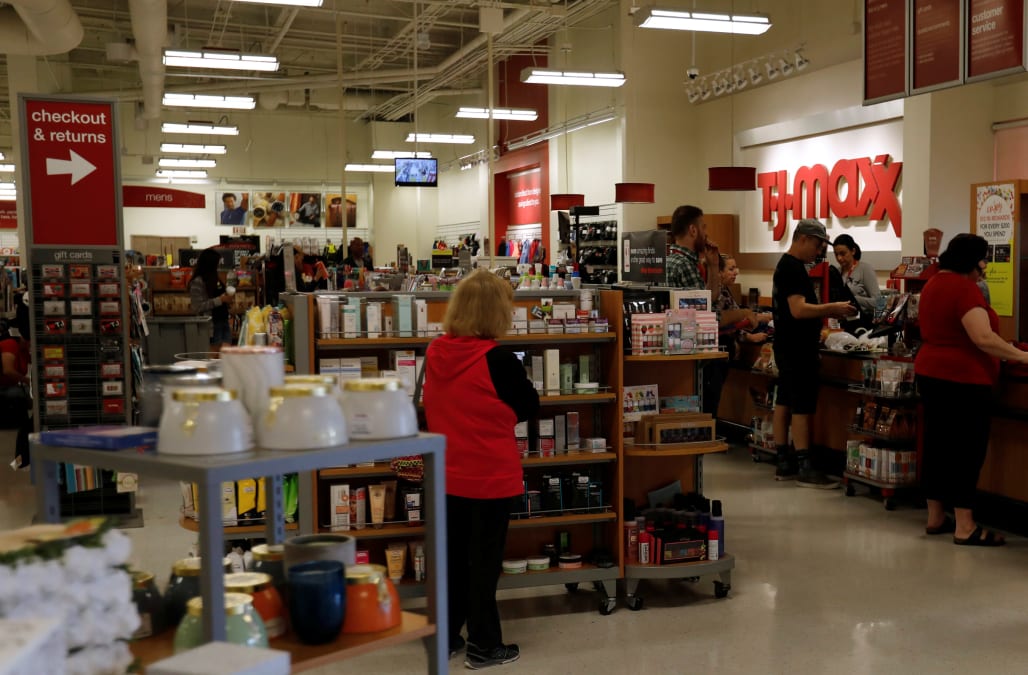 Wall Street often presents a oversimplified view of the retail sector, with Amazon(NASDAQ: AMZN) crushing the competition with its sprawling marketplace and expanding ecosystem of services. While it's true that Amazon is the 800-pound gorilla of the retail sector, analysts often exaggerate its ability to crush established retailers.

Certain retailers, like Walmart and Kroger, are clearly stuck in Amazon's blast zone. However, other retailers -- like TJX Companies (NYSE: TJX), Dollar Tree (NASDAQ: DLTR), and Five Below (NASDAQ: FIVE) -- remain surprisingly resilient in the face of Amazon's growth.

TJX uses a worldwide network of over 1,000 buyers to purchase goods from more than 18,000 vendors at steep discounts. That scale gives TJX a lot of clout in convincing retailers to sell marked-down goods at even lower prices.

This enables TJX to consistently sell its goods back to consumers at lower prices than Amazon. Moreover, its stores are designed to encourage "treasure hunters" to physically scour through their products for hidden gems. It's a tactic that drives shoppers, especially lower-income ones, back to its stores even as Amazon dominates the e-commerce market. That's why TJX's stock soared nearly 400% over the past decade.

Wall Street expects TJX's revenue and earnings to rise 6% and 22%, respectively, this year. Those are solid growth figures for a stock that trades at just 17 times forward earnings. TJX also pays a forward dividend yield of 1.5%, and it's hiked that payout annually for over two decades.

RELATED: Check out the retailers that didn't survive in 2017:

Dollar Tree is well insulated from both Amazon and Walmart. The retailer and its subsidiary Family Dollar both target lower income customers who generally don't shop at Amazon's Whole Foods stores. Most of its stores are also located closer to lower income neighborhoods than Walmart's stores, addressing concerns about time and fuel costs.

Dollar Tree's shares rose nearly 960% over the past decade. The company rebounded sharply from the depths of the financial crisis, and expanded its business with private label brands, fresh produce, and its acquisition of Family Dollar in 2015.

Dollar Tree sells all of its products for $1 or less, while Family Dollar sells goods for $10 or less. Dollar Tree's namesake stores generally post higher comps growth than its Family Dollar stores.

For 2018, Dollar Tree anticipates a "low single-digit" rise in comps, and analysts expect its revenue and earnings to rise 4% and 16%, respectively, this year. The stock is reasonably valued at 17 times next year's earnings, and it has a wide competitive moat.

Five Below sells all of its products for under $5. It primarily targets pre-teens, college students, and young adults with a wide variety of products -- including games, trading cards, fashion accessories, bath and body products, candy, drinks, room decorations, stationery, books, electronic accessories, and novelty items. Its stores are mainly located in strip malls in college towns.

Simply put, Five Below applies a dollar store model to "fun" products instead of essential ones. Like TJX's off-price stores, Five Below's stores are designed for treasure hunts -- a strategy that appeals to cash-strapped younger shoppers.

Five Below currently has over 600 stores, but it sees a potential market of over 2,000 stores within the US. Investors are clearly paying attention to this niche retailer's growth in the age of Amazon -- that's why the stock spiked nearly 130% over the past three years.

Motley Fool co-founders Tom and David Gardner have spent more than a decade beating the market. (In fact, the newsletter they run, Motley Fool Stock Advisor, has tripled the market!*)

Tom and David just revealed their ten top stock picks for investors to buy right now. Amazon is on the list -- but there are nine others you may be overlooking.

More from The Motley Fool:
Apple one-ups Facebook with purchase of Texture
America is about to overtake Russia in this key global battle
L.L. Bean just killed its lifetime return policy -- Is Costco next?