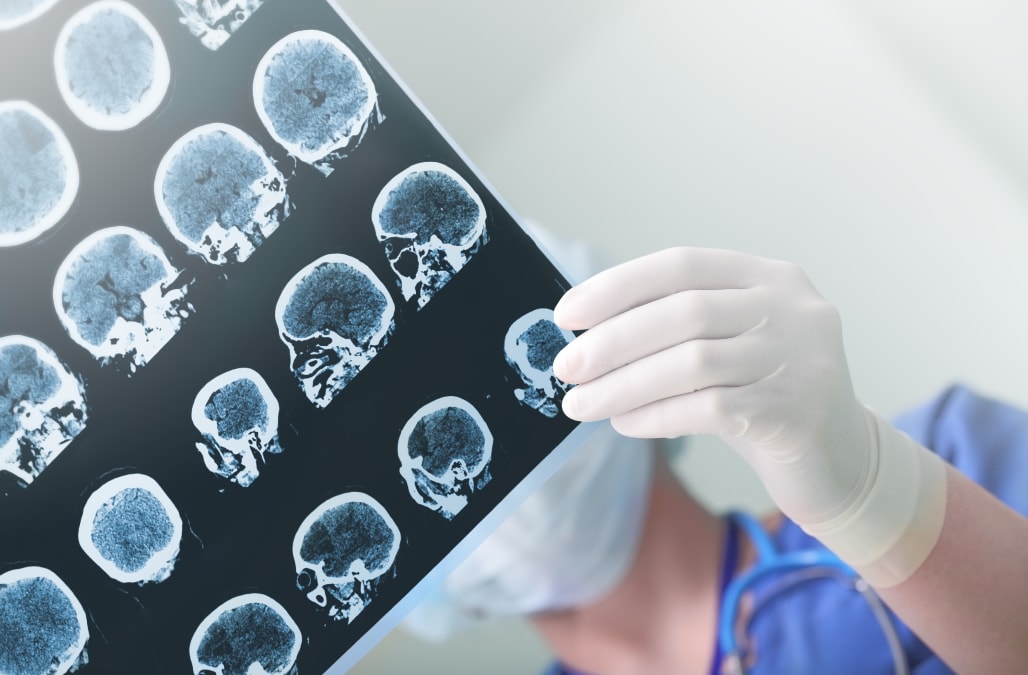 For the second consecutive year, total payments to care for people living with Alzheimer's and other forms of dementia are predicted to exceed a quarter of a trillion dollars, according to the Alzheimer's Association's 2018 Alzheimer's Disease Facts and Figures report released Tuesday.

The projected $277 billion total is an increase of almost $20 billion from last year. By 2050, costs are expected to surpass $1 trillion.

RELATED: 10 subtle signs of disease your feet can reveal

10 subtle signs of disease your feet can reveal

It could be: Thyroid problems, especially if moisturizer doesn’t help. When the thyroid gland (the butterfly-shaped gland in the base of your neck) goes on the fritz, it doesn’t properly produce thyroid hormones, which control metabolic rate, blood pressure, tissue growth, and skeletal and nervous system development. “Thyroid problems cause severe dryness of the skin,” says Marlene Reid, DPM, a foot specialist in Naperville, Illinois. “When we see cracking on the feet, or if moisturizer doesn’t improve dryness over a few days, we usually refer patients to their primary doctor to make sure their thyroids are OK.” Brittle toenails can also signal thyroid complications. Don't miss these other 13 silent signs of a thyroid problem.

It could be: Arterial disease. If the fuzz on your toes suddenly disappears, it could signal poor blood circulation caused by peripheral arterial disease (PAD). “Signs of PAD can include decreased hair growth on the feet and ankles, purplish toes, and thin or shiny skin,” says Suzanne Fuchs, DPM, a podiatric surgeon at North Shore University Hospital in New York. A buildup of plaque in the leg arteries, PAD affects about 8 million Americans. Symptoms are subtle, but doctors can check for a healthy pulse in the foot or spot PAD on an X-ray. “If I take an X-ray of a broken foot, and I see a hardening of the arteries, 99 percent of the time, the same thing is happening in the heart blood vessels,” says Gary A. Pichney, DPM, a podiatric surgeon of The Institute for Foot and Ankle Reconstruction at Mercy Medical Center. (These 11 tests detect silent heart diseases.)

It could be: Diabetes. Uncontrolled glucose levels can damage nerves and cause poor circulation, so blood doesn’t reach the feet. When blood doesn’t get to a wound caused by, say, irritating shoes, the skin doesn’t heal properly. “Many, many people with diabetes are diagnosed first because of foot problems,” says Reid. Other signs of diabetes may include tingling or numbness of the feet. Ask your doctor about getting your blood sugar levels tested. Memorize these 12 foot care tips you should follow if you have diabetes.

It could be: What you ate. Gorged on wine and steak? The painful aftermath could be gout, a type of arthritis that usually affects the joint of the big toe. (Here are some natural remedies for the pain and swelling.) Foods high in purine, a chemical compound found in red meats, fish, and certain alcohol, can trigger an attack by raising levels of uric acid in the body. Uric acid is normally excreted through urine, but is overproduced or under-excreted in some people. “You’ll see the deposition of the uric acid in the joint, most commonly the big toe or the ankle,” says Bob Baravarian, DPM, a podiatric foot and ankle specialist at Providence Saint John's Health Center in Santa Monica, California. “The patient will wake up with a hard, red, swollen joint. It’s extremely painful.” A doctor may prescribe anti-inflammatory drugs for short-term relief and suggest a low-purine diet for long-term prevention. Whether you have gout or not, learn how foot doctors prevent foot problems when wearing sandals.

Tiny, red lines under the toenail

It could be: A heart infection. Red streaks underneath the toenails or fingernails could be broken blood vessels known as splinter hemorrhages. These occur when small blood clots damage the tiny capillaries under the nails. They can signal endocarditis, an infection of the heart’s inner lining. People who have an existing heart condition, have received a pacemaker, or who have chronically suppressed immune systems (such as cancer patients receiving chemotherapy, HIV patients, and diabetes patients) are at higher risk of developing endocarditis. The infection can result in heart failure if left untreated. If you notice splinter hemorrhages on your toenails or fingernails, and haven’t experienced any recent trauma to the nail, see your doctor to check your heart and blood circulation. Learn what else your natural nail color says about your health.

It could be: Lung cancer or heart disease. Another symptom that appears in both toes and fingers, clubbing is often associated with lung cancer, chronic lung infection, heart disease, or intestinal disease. Lung cancer and heart disease decrease vascular resistance, which means blood flow to the small arteries in the toenails and fingertips will increase. Tissue swells and results in the “clubbed” appearance (rounder, wider fingers and toes). Though patients are typically aware they have a disease that is causing the clubbing, it’s best to get checked if you see any abnormalities. Don't ignore these other silent signs of major health problems.

It could be: Psoriasis. If you find tiny holes, grooves, or ridges in your toenails, you may have nail psoriasis. Though most people who experience nail psoriasis also have skin psoriasis (an autoimmune disease that makes skin patchy and irritated), 5 percent of people with nail psoriasis aren’t affected elsewhere. “If you’ve never been diagnosed with psoriasis, but your toenails have little pits in them, you should get them checked out,” says Pichney. Other symptoms include white patches and horizontal lines across the nails. To treat psoriasis, your doctor may prescribe topical creams or steroids to be injected under the nail. Learn more about the skin care routine dermatologists recommend for psoriasis.

It could be: Anemia or lupus. Do you have a depression in the toenail deep enough to hold a water droplet? Also known as koilonychias, spoon-shaped toenails or fingernails can indicate iron deficiency, as well as hemochromatosis (overproduction of iron), Raynaud’s disease (which affects blood supply to the fingers and toes), and sometimes lupus (an autoimmune disease in which the body’s immune system attacks cells, tissues, and organs). Spooned nails occasionally appear in infants, but normalize in the first few years of life. If you notice spooning, contact your physician, who will administer a blood test to identify the exact cause. Check out these other things your nails reveal about your health.

A straight line under your toenails

It could be: Skin cancer. A dark, vertical line underneath a toenail could be acral lentiginous melanoma, or hidden melanoma—a form of the skin cancer that appears on obscure body parts. (Other hidden melanomas include eye melanoma and mouth melanoma.) “It will be a black line from the base of your nail to the end of the nail,” says Pichney. “It should be seen by a podiatrist or dermatologist. You want to make sure it’s not fungus, which is usually yellow brown and sporadic throughout the whole nail.”  Although only 5 percent of all diagnosed melanoma cases are the hidden kind, hidden melanoma is the most common type in dark-skinned people. Here are other skin cancer symptoms that aren't on your skin.

It could be: Nerve damage. “Most high-arched feet are associated with some form of underlying neuromuscular condition,” says Pichney. “If someone has thinning of the arch muscles in the foot, it could be an indication of a neurological condition called Charcot-Marie-Tooth (CMT).” An inherited disorder that damages the peripheral nerves (those outside the brain and spinal cords), CMT can also cause changes in gait, numbness in the feet, difficulty balancing, loss of muscles in the lower legs, and later on, similar symptoms in the arms and hands. See your doctor if you notice abnormalities. “For anything that’s different or changes when it comes to the foot, see your podiatrist right away,” says Reid. Also watch out for these sneaky ways your feet can mess with your sleep.

The number of Americans living with Alzheimer's and other forms of dementia is increasing every year. According to the report, an estimated 5.7 million Americans currently have Alzheimer's, and someone develops the disease every 65 seconds. By 2050, an estimated 14 million people will be diagnosed.

These rapidly increasing numbers make the disease, which has no cure, one of the most expensive in the country. However, the report hypothesizes that early identification of the disease during the mild cognitive impairment stage could save the nation as much as $7.9 trillion over the lifetimes of those living with it.

"Soaring prevalence, rising mortality rates and lack of an effective treatment all lead to

enormous costs to society. Alzheimer's is a burden that's only going to get worse," said Keith Fargo, director of scientific programs and outreach for the Alzheimer's Association. "We must continue to attack Alzheimer's through a multidimensional approach that advances research while also improving support for people with the disease and their caregivers."

Early diagnosis can also benefit patients' caregivers and family members. In 2017, 16.1 million Americans provided unpaid care for people with Alzheimer's or other forms of dementia, according to the report. These caregivers provided an estimated 18.4 billion hours of care valued at more than $232 billion. Additionally, the stress associated with providing care to these patients resulted in an estimated $11.4 billion in added healthcare costs for their caregivers.

Alzheimer's disease is the sixth-leading cause of death in the United States, according to the report. From 2000 to 2015, deaths from the disease increased 123 percent, while deaths from heart disease decreased 11 percent, and 1 in 3 seniors will die with Alzheimer's or another form of dementia.

Fargo said that while advances in science lead to fewer deaths from heart disease or cancer, there haven't been similar breakthroughs in Alzheimer's or dementia research. These, he said, will only come from making the research a national priority.

"Discoveries in science mean fewer people are dying at an early age from heart disease, cancer and other diseases," Fargo said. "Similar scientific breakthroughs are needed for Alzheimer's disease, and will only be achieved by making it a national health care priority and increasing funding for research that can one day lead to early detection, better treatments and ultimately a cure."