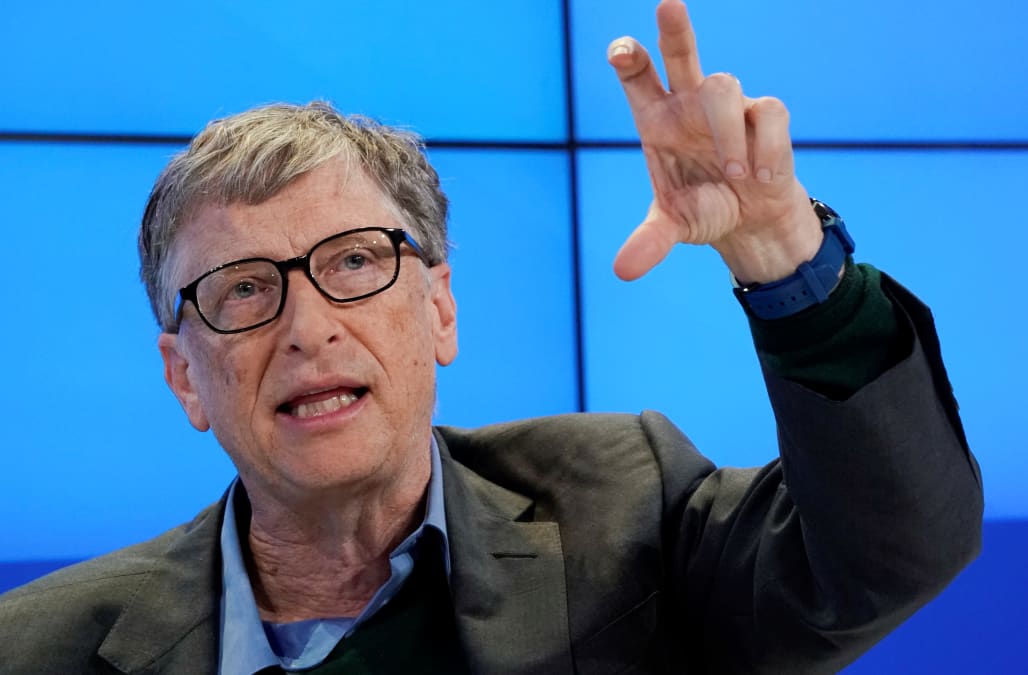 Bill Gates' favorite author recently published a new book — and Gates has already called it his "favorite book of all time," on his blog.

Steven Pinker is a professor of psychology at Harvard and the author of countless popular science titles. His newest book, "Enlightenment Now," takes a sweeping look a history and comes to the optimistic conclusion that we are living in the most peaceful era humans have ever enjoyed.

The best books according to Bill Gates:

7 PHOTOS
The best books, according to Bill Gates
See Gallery

The best books, according to Bill Gates

Gates' review: "I’m usually not one for tear-jerkers about death and dying—I didn’t love The Last Lecture or Tuesdays with Morrie. But this book definitely earned my admiration—and tears."

Gates' review: "In the end, I Contain Multitudes is a healthy corrective. Yong succeeds in his intention to give us a “grander view of life” and does so without falling prey to grand, unifying explanations that are far too simplistic."

Gates' review: "Harari’s new book is as challenging and readable as Sapiens. Rather than looking back, as Sapiens does, it looks to the future. I don’t agree with everything the author has to say, but he has written a thoughtful look at what may be in store for humanity."

Hillbilly Elegy: A Memoir of a Family and Culture in Crisis

Gates' review: "Through deeply personal stories like these, Hillbilly Elegy sheds light our nation’s vast cultural divide—a topic that has become far more relevant than Vance ever dreamed when he was writing this book."

Born A Crime: Stories From A South African Childhood

Gates' review: "In fact, Noah’s mother emerges as the real hero of the book. [...] “If my mother had one goal, it was to free my mind,” he writes. Like many fans of Noah’s, I am thankful she did."

A Full Life: Reflections At Ninety

Gates' review: "A Full Life feels timely in an era when the public’s confidence in national political figures and institutions is low. It is true that President Carter made unforced errors during his time in office. But when you read this book and have a chance to meet him in person, you can’t help but conclude that Carter is a brave, thoughtful, disciplined leader who understands the world at a remarkable level and who has improved the lives of billions of people through his advocacy for human rights and global health."

He analyzes 15 different indicators, like literacy, quality of life, and safety, and compares data to show how these have changed over time.

Despite the doom and gloom we often see within the news, Pinker's findings are astounding. By all the measures he looks at, humans are much safer than we ever were before.

First, according to Pinker, Americans are 95% less likely to be killed on the job, owing to a shift from industrial manufacturing to a more knowledge-based economy, as well as improved engineering and regulations for businesses.

Humans are also 37 times less likely to die getting struck by lightning than 100 years ago — owing to improvements in weather forecasting, communication, and a greater proportion of people living in cities.

In his book, Pinker highlights other statistics that suggest significant social improvement worldwide. The average time it took people to wash laundry each week, for example, has fallen from 11.5 hours to just 1.5 hours in the past 100 years according to his analysis. Pinker argues that the time saved has freed up more people to pursue hobbies — or enter the workforce.

Average IQ scores are also rising by about 3 points per decade, according to Pinker. That's because of better nutrition and education, as well as what Pinker says is modern society's emphasis on "abstract thinking," like the ability to navigate through a dense city or having a powerful computer in your pocket.

Pinker's book serves as an antidote to the never-ending news cycle. As Gates wrote in his blog, "The world is getting better, even if it doesn’t always feel that way."

NOW WATCH: How Bill Gates and Warren Buffett are changing the world like no other humans in history

SEE ALSO: Bill Gates is on a quest to reinvent the toilet — and he says his work at Microsoft gave him the inspiration to do it