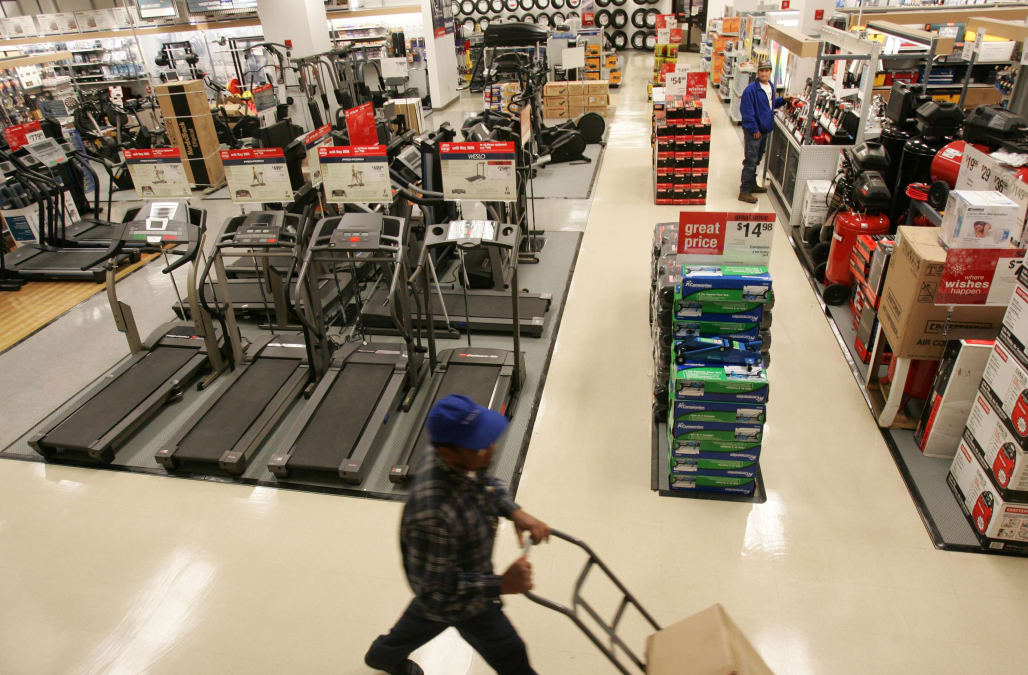 On Wednesday, America's best-known toy store informed employees that it would be closing or selling off all of its more than 700 stores in the US. The following morning, it filed liquidation papers.

In a conference call with employees on Wednesday, CEO David Brandon partly blamed its downfall on a devastating holiday season, where sales were less than half of the $600 million usually made in a year.

The company has lashed out at its competitors, claiming that Walmart, Target, and Amazon created the "perfect storm" to kill off the chain after these stores cut prices on toys during the holiday season. Toys R Us said it could not offer such low margins given that it relies solely on its toy sales.

These rival businesses, along with several others, are now set to capitalize on its demise. Find out who below:

Walmart is the largest toy retailer in the country.

In 2017, it doubled down on its efforts to capture more of this market, adding 1,000 new toys to its selection during the holidays, offering exclusive products, and being more competitive on price. Toys R Us said in its liquidation filing that these price cuts were one of the big reasons behind the weak holiday sales that crippled the company.

Given its large store base in the US, Walmart is well-positioned to capture the lost foot traffic from Toys R Us stores. It is also the second-largest online toy retailer, following Amazon.

Amazon is leading the way in online sales of toys. In 2016, toy sales amounted to $2.16 billion in sales, according to data from Ecommercedb.com. This figure eclipsed sales numbers from Walmart and Toys R Us.

Amazon is winning over parents who are ditching stores to shop online for toys. Online retailing has doubled its share — 14.7% of consumers say they now go online to purchase toys, versus 7.3% five years ago, according to a report done by Fung Global Retail & Technology.

Amazon wants its customers to know it's getting serious here. This month, it sponsored Khloe Kardashian's over-the-top baby shower.

"So grateful to be surrounded by a beautiful support system. And special thank you to @Amazon for helping me bring it all together! ... #AllOnAmazon#AmazonBabyRegistry," Kardashian captioned her Instagram post.

RELATED: Check out all the major retailers that filed for bankruptcy in 2017:

Target was also singled out by Toys R Us as being part of a triumvirate of retailers that contributed most to its declining sales.

During the holiday, Target reported stronger-than-expected sales results thanks to surging online sales and more store traffic. While Target does not report its toy sales separately, Reuters reported in January that the lack of other strong retail and online players who sell toys would have helped the company to keep its "loyalists" away from bankrupt Toys R Us.

Similar to Walmart, Target has a strong store presence in the US and a growing online platform, which means it's well-positioned to scoop up former Toys R Us customers.

In Dollar General's most recent earnings, reported Thursday, the company said that customers spent more on consumables and seasonal items such as toys.

At Dollar Tree, its competitor, seasonal items such as toys account for 49% of the company's revenue. These products are all sold for $1.

While these stores are offering a lower price point than Toys R Us, they are in first in line to capture the cost-conscious consumer.

Toys R Us' demise could bring a much-needed boost to Kmart's business.

The discount chain, which is owned by Sears Holdings, is at high risk of shutting down and faces immense competition from Walmart, Amazon, and other discount retailers.

However, it could stand to benefit from Toys R Us' decline. The store has a large toy department that offers big products such as trampolines and playhouses, as well as smaller, low-priced plastic toys. This may become an attractive alternative for ex-Toys R Us customers.

More on Toys R Us' demise:

More from Business Insider:
Toys R Us says a 'perfect storm' killed the toy chain — and it blames Amazon, Walmart, and Target
Toys R Us is closing or selling all its US stores — here's why the company couldn't be saved
Best Buy isn't the only store that punishes shoppers for too many returns — these are all the companies that are tracking everything you return