A look at physicist Stephen Hawking’s net worth and legacy 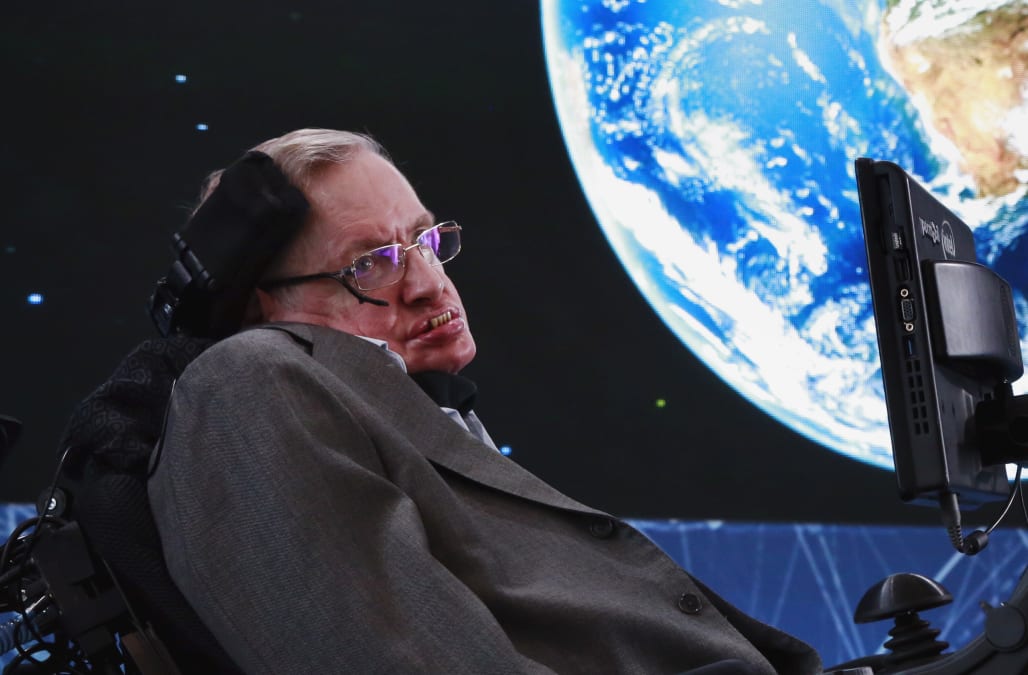 Stephen Hawking, considered one of the truest intellectual visionaries of the modern age, died at the age of 76 on March 14 — the same day legendary physicist Albert Einstein was born. March 14 is also Pi Day, a symbolic “holiday” that celebrates mathematics.

Noted for his work on black holes and relativity, Hawking’s work changed the way society understands the ever-changing world.

Read on to remember the life of the scientific mastermind and legendary physicist, who joins the list of stars we’ve lost throughout the years.

Hawking began his career learning science at Oxford University, earning a place there in 1959 before going on to earn his Ph.D. at Cambridge, reports the BBC. Throughout the years, he became known for his work in physics and published numerous books, including the famous “A Brief History of Time” in 1988.

In the world of physics, Hawking wasn’t just merely a contributor — he was a rock star. He outlined his signature theory on black holes, suggesting they were not entirely black but also emit “Hawking radiation.” He also explored the realm of mini-black holes and “disappearing” black holes, subsequently redefining and expanding the world’s knowledge of black holes and the “Big Bang” theory.

In addition to his work in physics, Hawking also created a name for himself in mathematics. He even held the position of Lucasian Professor of Mathematics for three decades at Cambridge, filling the shoes of Sir Issac Newton.

At the time of his death, Hawking’s net worth was $20 million, according to Celebrity Net Worth.

Also See: The Richest Celebrity from Every State

One of the single-most iconic aspects of Hawking’s life was his tireless and relentless battle against ALS — a disease he had fought for the majority of his life. For many, it’s difficult to imagine Hawking not tied to his wheelchair and vocal synthesizer — an image perpetuated by the severity of his diagnosis.

Hawking’s battle with the disease began in 1963 when he was 21 years old. At the time, he was reportedly given just a few years to live. However, he outlived his initial diagnosis by over a half-century.

As his disease progressed, Hawking was entirely wheelchair-bound, left with only the function of a few fingers on a single hand, and remained completely dependent on others or technology, reports CNN.

“I try to lead as normal a life as possible, and not think about my condition, or regret the things it prevents me from doing, which are not that many,” Hawking once wrote.

“I have been lucky that my condition has progressed more slowly than is often the case,” he once told the British Medical Journal. “But it shows that one need not lose hope.”

Hawking was twice married — once to Jane Wilde, who he married as a graduate student and remained with for 30 years prior to their divorce in 1995. He was also married to one of his former nurses, Elaine Mason, for 11 years.

Although Hawking never received a Nobel Prize, he became a pop culture icon and globally renowned figure in the world of science.

Having been featured across multiple mediums, he guest-starred as himself on shows such as “Star Trek: The Next Generation,” “The Big Bang Theory” and “The Simpsons,” according to IMDB. Hawking was also portrayed multiple times in various television and film adaptations of his life, the most iconic of which being “The Theory of Everything” starring Eddie Redmayne.

Various celebrities and notable figures took to the Internet to remember Hawking, including astrophysicist Neil deGrasse Tyson, who tweeted: “His passing has left an intellectual vacuum in his wake. But it’s not empty. Think of it as a kind of vacuum energy permeating the fabric of spacetime that defies measure, Stephen Hawking, RIP 1942-2018.”

Click through to see the net worth of other stars we lost.

This article originally appeared on GOBankingRates.com: A Look at Physicist Stephen Hawking’s Net Worth and Legacy

More from Go Banking Rates:
10 of the richest women in history
Locked up and loaded: Meet the world’s richest prisoners
The cost of the most noteworthy Apple products through the years