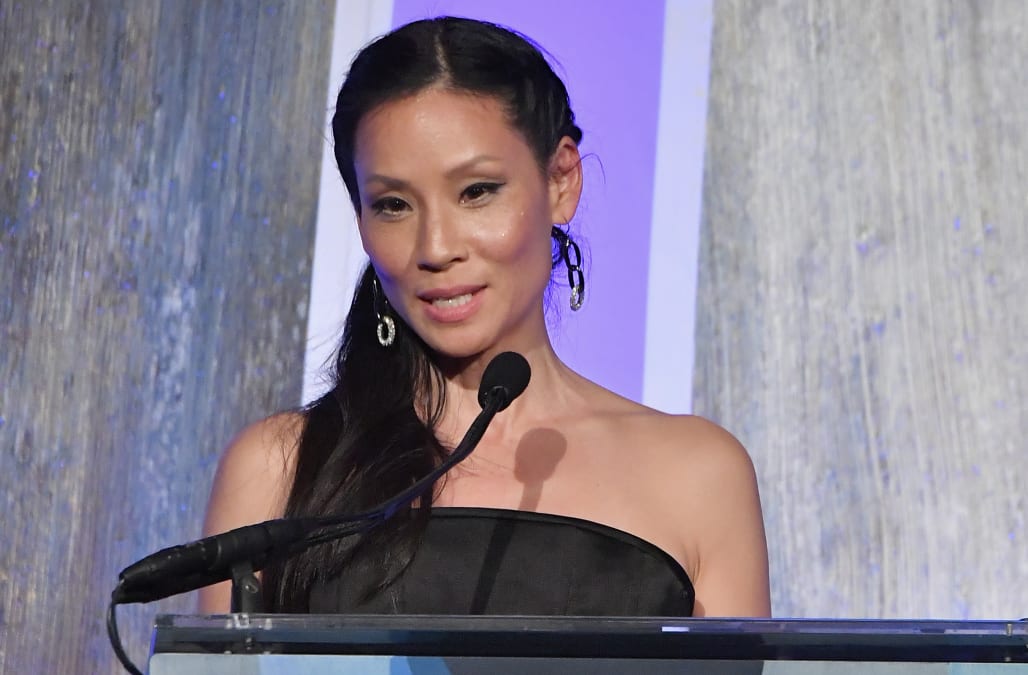 In a time when advocacy and enacting positive change are at the forefront of most people’s agendas, buying and supporting products that make a direct impact on causes that matter become not only an added bonus, but a priority.

LIFEWTR, the beverage brand that’s dedicated to showcasing and giving proper exposure to emerging and inspired artists, recently kicked off their newest (and fourth) series of bottles, ‘Arts in Education.’

The latest collection features three artists who have used the arts and arts education as a way of defining their life paths during bleak times, demonstrating just how positive of an impact and influence access to the arts has made on their lives.

Arts education and advocacy is a major cause in conversation, and Lucy Liu is helping spearhead that conversation alongside LIFEWTR to help #BringArtBackToSchools.

Finding an adequate, consistent outlet of self-expression is vital to mental development and overall wellness,  a concept that Liu is passionate about on a personal level.

We chatted with Lucy about her own passion for painting, the importance of arts education for current and upcoming generations and how being a mother has strengthened her dedication to keeping the arts alive.

AOL: Not many people know how passionate you are about painting and art— when did this passion begin? How has it impacted your life?

Lucy Liu: “It started out as collage and then photography and then painting and sculpture, so its sort of a mixture of everything, all different ways of expressing oneself. I went to the New York Studio School and that’s where I started to really recognize that this was something I could do on a regular basis, outside of photography … I went to public school and the arts education is either now completely gone or it’s been cut down. There is a crazy statistic that 80 percent of schools now have very low arts education programs or none at all.

I think it’s so important … I have a son now who is constantly doing some kind of art work and painting and you know, it’s just a form of play … and as you get older, it becomes something of development, and expression and having a way to soothe oneself, and it’s also about social skills and developing the mind.

AOL: How did this love for art connect you to partnering with LIFEWTR?

LL: “I love what LIFEWTR is doing, which is advocating for people who are emerging artists, and also the idea of reaching a million children and having them involved in art to either inspire them, to stimulate them, to help reprogram the way they think about school, I think it’s vital … for me, it’s a no-brainer, but I don’t understand why the education system does not recognize that as a priority.”

AOL: What’s a skill you’ve honed in on through art — other than of course knowing how to properly execute that art form — that you’ve been able to apply to the rest of your career? How can others learn to do the same?

LL: “I think that art is very meditative … it helps you to be a better thinker. It definitley gives you a greater sense of patience, it helps you think outside the box … I think we’re so used to drawing within the lines, and you can’t make mistakes in art. It always starts with an idea and then it goes from there, and this is how technology and inventions and things are progressing so quickly, because people are thinking so fast … it all starts from somebody creatively … it all requires real people, and sometimes we forget where that starts, and I think that the seed of that, to me, is art.

I had a very strong math and scientist background in high school, and I went to college and I didn’t even major in art, but I did take classes. And then after that, I realized ‘This is something that i need to balance my life with.’ And I think it’s so vital that children have that when they first start out in school, because you kind of forget how important it is. You start not being able to think when you’re standing in front of some crayons, you’re like ‘What do I do?’ but kids naturally pick up things and they do things … they scribble, they draw, they go off the paper on to the table, they don’t care. But as adults, we become so programmed and I think that’s a shame because I think it helps to think outside box.

I think that [LIFEWTR] has a great program about bringing art back to schools, which is going to help impact a lot of kids. And from those kids, they’re going to branch out and reach out to other people. I think that’s generally how things go — if you can be inspiring, somebody else is going to tap into that. I think a few of the artists [LIFEWTR has] now, even on the bottles, have been in really difficult places in their lives struggling, and are now part of art in the community, or teaching others … it’s been able to give them grounding under their feet to have a possibility now in their lives.

AOL: How has being a mother changed or strengthened your opinion on the importance of arts education and encouraging children to pursue an artistic outlet in general?

LL: “I think that when you have a child it changes things because you understand what ‘play’ is … play is actually activating part of your brain and your social skills and understanding how things work … it’s exploring, it’s being curious, it’s a way to develop your whole mind and body. People don’t connect things enough together, like when you put a child on the floor and they’re doing ‘tummy time’ … when they’re doing tummy time, they’re sort of stuck on the floor because they can’t crawl yet, or walk, and they start to move their heads left and right, you know, because they’re stuck on the floor. And that scanning is actually the way that children learn how to read. That very basic movement is connected not just to movement, but it’s connected to your brain, and it develops your brain. And they have research that shows that that is the case… activating art and activating that part and playing and expressing yourself is also going to develop that part of the brain.

If you want your child to literally be a rocket science or go into math, you shouldn’t just be pounding them with numbers and addition and subtraction — it’s connected to art. And you’ll find that they’re going to have a much better way of thinking and seeing things and discovering things as an adult if they have an art background.”

AOL: Do you find that there’s equal representation of women in the arts? If there’s a discrepancy, how can we begin to bridge that gap?

LL: “I think there’s been statistics and articles written about how women who are artists are not represented in the same way that men are (they don’t fetch the same amount of money for their art at auction) and I think now that with this movement that is happening, things are going to change and shift. And what LIFEWTR is doing, in fact, is they’re going to focus a series … on elevating women in the arts, so they’re highlighting that. They have [a series] focused on public arts, another one that’s focused on elevating women in the arts and another one that supports emerging fashion designers. I find that it’s something that people do need to sort of do support and to highlight because we don’t have equal rights in that sense. It’s not just about the amount that the art is going to go for, it’s about the press and all that comes with it. I think it’s vital to recognize that, and if you love art and want to buy art, start looking into female artists as well. That’s going to help a lot to just bring awareness to that.

It’s a very different time right now for women, the movement is not just a passing moment … I think it’s going to be something that is a much more permanent thing, but it has to be fueled and it has to be supported on a continuous basis.”

More from Aol.com:
Tinder couple wins free honeymoon after tying the knot on the court of the Atlanta Hawks stadium
Samsung's newest phone could be the biggest industry disrupter to date -- Here's why
Man urinates into a can inside Coca-Cola factory