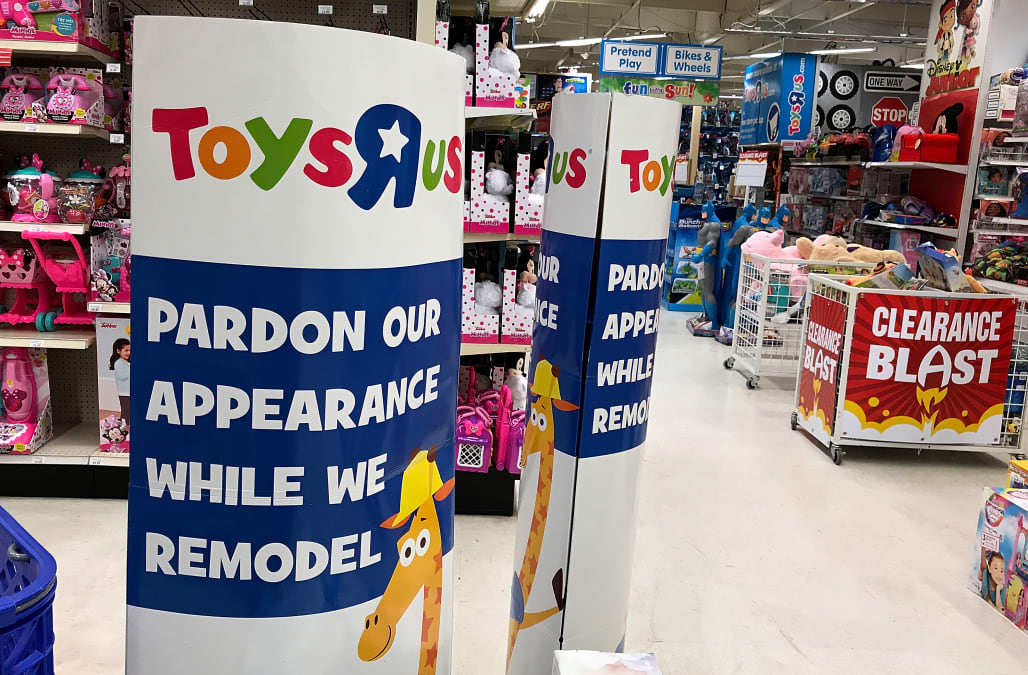 Toys R Us is reportedly in its death throes, and liquidation of all its US assets is looking like the most likely outcome, according to a new report in Bloomberg, which cited anonymous sources.

A deal has not yet been reached with lenders, and sources told Bloomberg that it's not looking likely that will happen. The toy company had reportedly hoped that a buyer would swoop in to rescue the chain.

Toys R Us filed for Chapter 11 bankruptcy protection in September 2017. The goal was to renegotiate the company's $5 billion debt load, which it has carried since a leveraged buyout in 2005. The company has also been slow to adapt to changing retail trends, like sales primarily driven by e-commerce.

Toys R Us did not have the holiday performance that would have put lenders in a better position to negotiate favorable terms for the chain. It has since announced multiple rounds of store closures.

Toys R Us' international businesses are in their own worlds of trouble, with the UK unit in administration and the Asian arm in active talks with a buyer. The Canadian portion of the company filed for bankruptcy when the US arm did.

A representative for Toys R Us declined to comment on whether the retailer plans to liquidate its US assets.

SEE ALSO: Toys R Us is reportedly closing another 200 stores and laying off more workers