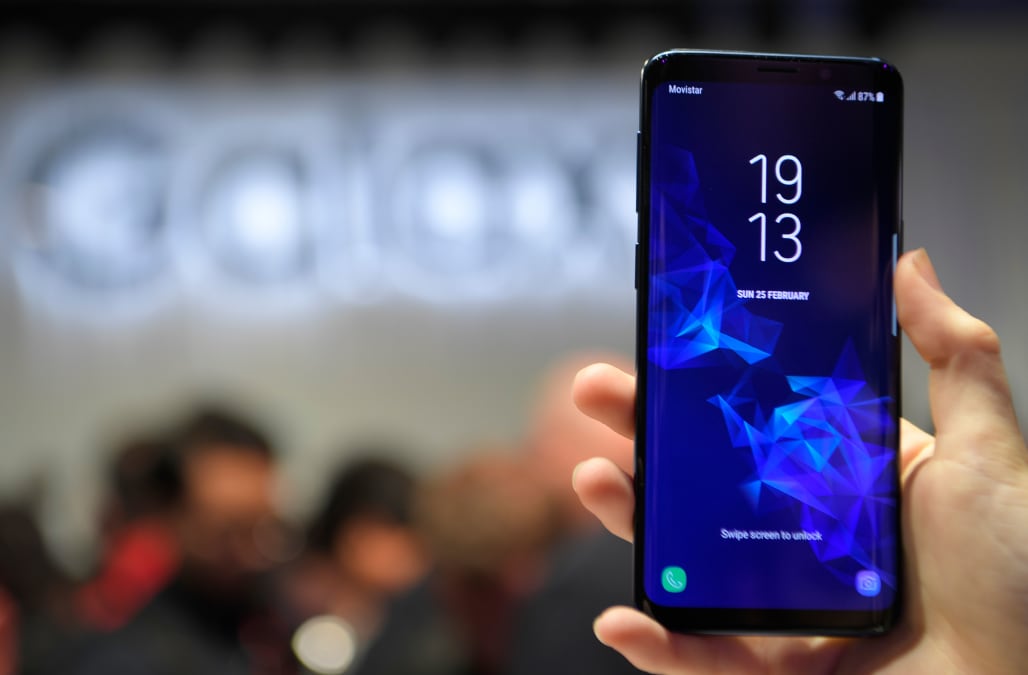 It’s strange to think about a time when owning a cell phone wasn't a necessity, but rather a luxury.

The most basic cell phone functions have now become minimal requirements for cell phones, with most users seeking a device that can offer them much more than the ability to send texts and receive calls.

Couple this curiosity and need for 'more, more, more' with the rise of social media, and it becomes clear that the smartphone revolution has been inevitable -- and it will only continue to get bigger.

Consumers want a device that will allow them to create whatever format of content they can imagine with ease, and then provide them the ability to post it instantly across their social networks.

After all, social and other various mediums of media are the way most users communicate these days -- Just check a millennial's smartphone and see how many direct messages on Instagram and GIF responses over Messenger they've sent in the past day in comparison to the number of basic text message responses they've sent.

It would seem, then, that the ideal phone for today's consumer market would be one that focuses less on upgrades to traditional cell phone features (upgrades to texting, call features, etc) and more so on the creation of custom, digital content to be shared across mediums in a way of communicating to those with whom they wish to share with.

The Samsung Galaxy S9/S9+ aims to do just that.

Marketed as being 'built for the way we use our smartphones today – they reimagine the way we communicate, share and experience the world,' the phone rolls out with several groundbreaking features.

By introducing several new features and attributes, the device could hypothetically standalone as a camera or digital device of sorts.

We played around with the new Galaxy S9/S9+ and found these five features to be particularly revolutionary. Click through below:

If you’ve ever envied red carpet hosts, movie stars or entertainment industry A-listers that seem to have those unachievabely cool videos of themselves effortlessly posing in slow motion posted all over their Instagram accounts, your celeb status dreams just became a reality.

The Galaxy S9/S9+ debuts the Super Slow-mo feature, which records video in four times more frames per second than the average slow-mo camera — emphasis on the ‘super’ in Super Slow-mo.

Getting the desired effect takes no additional effort on the subject or the shooter’s part on Auto mode.

All you have to do is slide the camera to the Super Slow-mo setting and hit record (the camera will automatically start recording when it detects motion.)

The end result is a custom movie of sorts, one that begins with a few seconds on regular speed that suddenly jumps to a slowed-down, completely captivating version of what just transpired in front of the camera.

Our advice? It works best in front of a still, non-busy background with one or two distinct subjects to truly make the most of the effect.

GiFs have become extremely common in everyday text conversations and social media posts, many users often replacing actual responses and expressions of emotion with GIFs that, well, just do the communication part for them.

Even the most social media savvy struggle with knowing that capturing quick moments can make for brilliant snapshots and video clips, but fail to offer a simple, short burst of one action, moment or expression.

Galaxy S9/S9+ can convert any Super Slow-mo clips to GIF format right on the your phone — all you have to do is swipe up on the recorded clip.

Okay, we'll be honest — anything you could possibly need translated can probably be answered via typing it on Google.

But picture this — You're in a foreign country where you’re not familiar with the language. There’s a sign in front of you pointing two ways and you know that the way you have to go is towards the water but you can’t translate the sign quickly enough — you don’t have enough data left to use Google.

If only you could blink and the sign would flash back to you in English.

Sound like a fever dream? It's not --With Bixby’s Live Translation feature using AR technology, you can translate any language you’re reading directly on your screen.

The technology can automatically detect 33 languages and translate them to the device’s main language (an additional 21 languages need to be manually selected).

Simply set the camera to Auto, tap the Bixby button on the bottom left and select ‘Text’ mode.

You can then literally point your screen at the text and watch it translate in front of your eyes through the camera.

Three cheers to never misinterpreting a menu item ever again!

It’s hard to remember a time without emojis, when flip phone users would type out ‘:)’ to make digital smiley faces — such a simpler time, truly.

With emojis and Bitmojis alike becoming the norm, it only makes sense that the next generation of emoticons are born.

Enter AR Emoji, a 3D-model emoji made to directly mimic your face and facial expressions.

By mapping over 100 facial features, Deep technology (integrated into the AR Emoji mode on the camera) will take a 2D selfie and transform the photo into the 3D AR Emoji model.

You can customize hairstyle, accessories, outfits and choose between a hyperrealistic model or a more cartoon, playful look.

But these emojis aren’t limited to just Samsung Galaxy S9/S9+ users — they can be sent in GIF format across all mediums.

So if regular selfies just aren’t cutting it for you anymore, fear not — you’ve just been reborn as a cartoon character.

Whether or not the concept of infinity freaks you out (we just got really deep there, didn’t we?), it’s undeniably cool and captivating to the eye to look at something that seems to go on forever and ever (think infinity pools that look like they fall straight into the ocean.)

The Galaxy S9/S9+ expands that concept to the one thing most of us probably look at the most on a day-to-day basis: Our phone screens.

The 18.5:9 screen seemingly melts into the edges of the phone, allowing any video, picture or application that you're viewing to become more immersive.

Bonus: The screen will also automatically adjust its brightness depending on the level of light and visibility in the surrounding environment.

More from Aol.com:
Man urinates into a can inside Coca-Cola factory
Facebook's newest feature is a direct threat to LinkedIn
McDonald's Szechuan sauce is impossible to get -- and its causing an uproar on the internet