The real cost of these 10 famous TV apartments 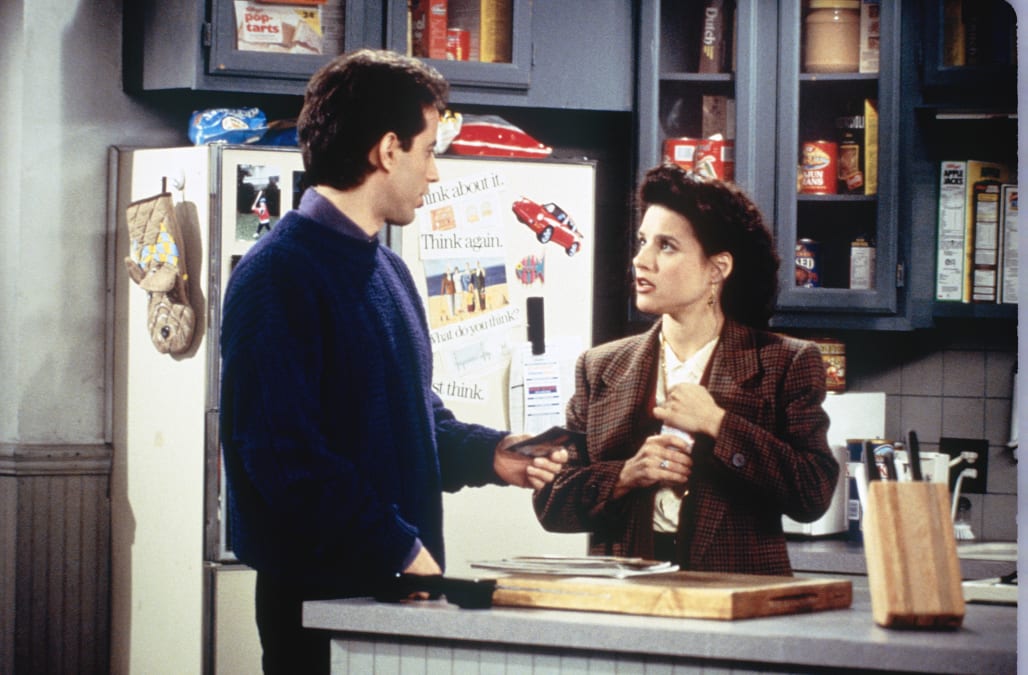 When the quirky neighbor slides into the lead's apartment and the studio audience applauds, there's probably one thing on your mind — how in the world do these characters even afford a Manhattan loft when they work half an episode per season?

Okay, maybe you're actually paying attention to the story, but those with wandering minds want to know, so GOBankingRates compiled the cost of famous apartments based on current real estate listings for equivalent digs in 2018.

Click through to discover what an average apartment costs in 50 U.S. cities — and see how these famous lodgings match up.

Jerry Seinfeld's character probably wasn't making as much money as the TV star himself, but his TV apartment on the Upper Wide Side wasn't just a TV home; it was a hub. Whether Kramer was sliding in or Elaine and George (the latter of whom suspiciously held down New York apartments without working much) casually strolled through to talk about their latest breakup, apartment 5A was where the magic — and most of the "nothing" in a show about nothing — happened.

Though Jerry's one-bedroom isn't particularly fancy, it does have a nice skyline view. Today, a similar one-bedroom with a view on Jerry's 81st street Manhattan location will run you about $2,650, according to Zillow.

Seinfeld's rent is a bit of a head-scratcher, but Jerry was admittedly a semi-successful working comedian. However, "The Big Bang Theory" actually keeps things a little more grounded when you look at average rental costs in California.

A 1,000-square-foot two-bedroom upstairs apartment right down the street from Sheldon and Leonard's Los Robles location in Pasadena, Calif., rents in the neighborhood of $2,350, complete with a breakfast bar, just like the one on the show. Two full-time university scientists might just be able to pull that one off.

If Leonard and Sheldon keep it real, Charlie keeps it way, way more real despite not residing in one of the cheapest places to rent.

As a bartender who lives with his maybe-dad, Frank, Charlie's apartment building is basically a rathole under tyrannical slumlord Hwang. Though it appears to be a dilapidated one-room rental, Charlie's place actually has three doors, apart from the main entrance.

Coupled with the fact that Frank has to sleep somewhere, this indicates that it's at least a one-bedroom, and you can land a much nicer, much bigger, much cleaner spot than what Charlie wallows in for as little as $750 monthly in South Philly. It's safe to assume that Charlie's lived-in location is even cheaper.

The show might have called it 8240 Palm Terrace #10B in Miami, Fla., but Dexter's condo has a real-world location — the Bay Harbor Club at 1155 103rd Street on Bay Harbor Island. If you're looking to reside in Miami, be warned that the cost of living is expected to increase, but there are still options.

Bay Harbor isn't currently selling, but $360,000 — with an estimated mortgage of $1,416 per month — will buy you a similar 780-square-foot one-bedroom Miami condo. Just like Dexter's, it's right on the water, has green lawns and is walking distance from plenty of convenient places to stash dead bodies.

"Scandal" production designer Corey Kaplan told Today of Olivia Pope's cozy, stylish apartment, "We didn't want the apartment to be large so Olivia can cocoon in her space." In real life, renting smaller also helps you be able to afford extra hidden costs.

Olivia's place is large enough for a dining room and piano, though, so a 713-square-foot one-bedroom centrally located to her White House work (and her presidential mistress-ing) on Massachusetts Avenue fits the bill — a bill of $2,537 per month, that is. If you're not in D.C., here's a secret: The designers based the look off the Rococo stylings of the historic El Royale apartments in Los Angeles.

6. Carrie’s Brownstone: ‘Sex and the City’

The 1866 brownstone within the exterior facade for what was supposed to be Carrie Bradshaw's modest rent-controlled apartment in Greenwich Village actually sold for $9.85 million in 2012. Of course, the real thing is a five-bedroom with six fireplaces and herringbone wood floors.

As for Carrie's fictional pad, a similarly sized and appointed one-bedroom on the very same East 73rd street currently goes for $5,995 per month — which is only slightly less realistic for a columnist with an addiction to Manolo Blahniks.

Frasier's condo is all about that panoramic city view. It's also fairly unique among TV apartments for single characters, as it needs three bedrooms to accommodate his dad, Daphne and Eddie the terrier.

Broker Jeff J. Reynolds of Windermere told Curbed that they estimated Frasier's pad would sell for about $3.5 million in 2018. If you'd prefer to rent, luxury view apartments on Harrison Street with three bedrooms will run you about $3,962.

Can You Guess? Owning vs. Renting: What's Better for Your Wallet?

Back when the show aired, the Washington City Paper nailed down the location of Special Agent Fox Mulder's apartment to 42-2630 Hegel Place in Alexandria, Va. — not too far from his basement office at the J. Edgar Hoover Building on Pennsylvania Avenue in D.C.

Mulder sleeps on the couch, so we can assume he lives in a studio, but it looks roomy and somewhat old-fashioned. A 725-square-footer in the same neighborhood fits the description and goes for a relatively affordable $1,215 per month — more than doable on a federal agent's median annual salary of $82,860. The hallucinogenic tap water at Mulder's place is kind of a rental red flag, though.

Four roommates, four bedrooms, a bathroom big enough for a high school gym and high warehouse-like ceilings right in the middle of L.A.'s hip downtown Arts District: This is what Curbed Los Angeles describes as a "housing unicorn that likely does not exist at all."

Curbed is right; as of mid-February 2018, no such listing exists on Zillow. But in 2016, Time and Trulia estimated that the massive loft would rent for roughly $7,395 per month or around $1,850 per roommate.

"Friends" waves away Monica's West Village apartment as inherited from her grandmother, but she better hope she has rent control. In 2016, the New York Post pegged her theoretical rent at a minimum of $4,500 per month, and the situation hasn't changed much. In 2018, a two-bedroom resembling Monica and Rachel's place right down to the exposed brick and rustic hardwood in the same 10014 zip code rents for $4,350.

As for IT guy Chandler and struggling actor Joey across the hall? Just thinking about their rent is enough to give you the meat sweats.

Click through to find out which money habits you should develop when renting an apartment — whether it's got a TV-sized price tag or not.

This article originally appeared on GOBankingRates.com: The Real Cost of These 10 TV Apartments

More from Go Banking Rates:
10 cities that survived the last housing crash
Are tiny homes worth it? 21 reasons why they’re a huge mistake
You might actually be able to afford a mansion in these 20 states