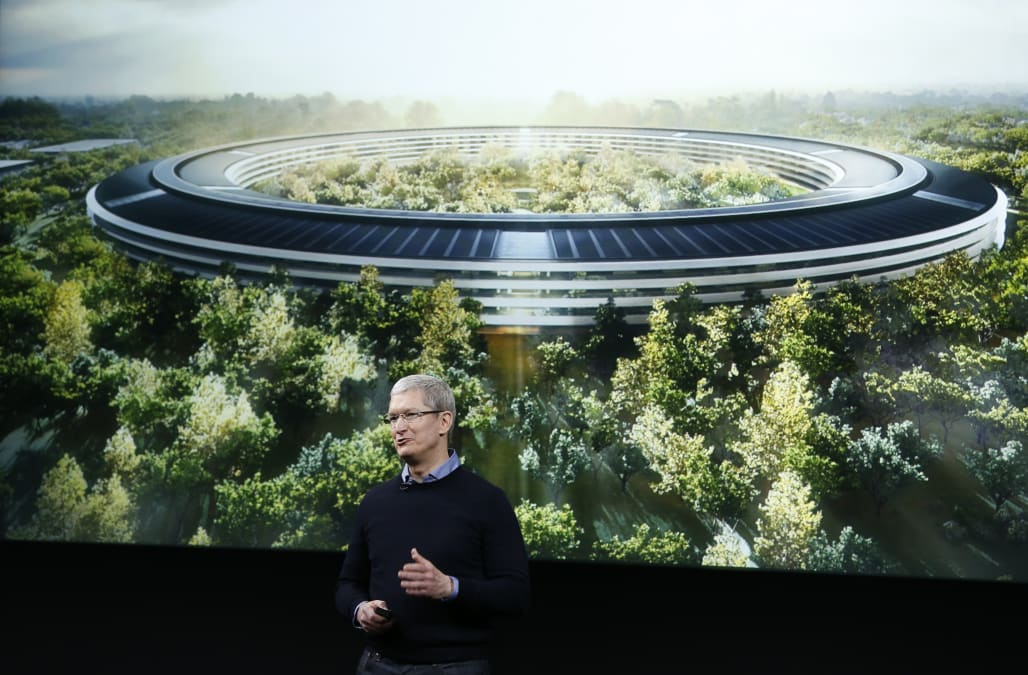 The glass walls at Apple’s new California headquarters are proving to be a real pane.

Some of the 13,000 employees at the “Spaceship” campus in Cupertino have repeatedly injured themselves by walking into the nearly invisible walls — and on at least three occasions, staff phoned 911 for their inured colleagues, according to transcripts obtained by the San Francisco Chronicle.

Dispatchers on January 2 received two separate calls about male workers who crashed into one of the 3,000 glass panes making up the massive facility. A third call came in several days later regarding another male employee who similarly injured himself slamming into the walls.

“Um, I walked it into a glass door on the first floor of Apple Park when I was trying to go outside, which is very silly,” a 23-year-old staffer told the 911 service center.

RELATED: $5B Apple HQ in Cupertino

$5B Apple HQ in Cupertino

The front doors to Apple Park are four stories tall and made out of glass.

The entire campus is landscaped with native plants and trees.

Inside those big atriums are meeting places and cafes for Apple employees to run into each other.

This is Steve Jobs Theater, a 1000-seat space where the iPhone X was first launched.

The fountain inside the ring has finally been filled with water.

The campus can look like a golf course from above.

But Apple has made a lot of effort to keep the campus environmentally friendly, not just visually green. The entire roof is covered with solar panels, for example.

The campus is off limits to the public. Here are people driving by it.

On the right is a visitor's center that sells exclusive Apple swag and coffee. It's the only place on campus where visitors are allowed without a pass.

Scores of fruit trees have been planted inside the ring. Apple's cafes will use fruit from the campus.

There's also a state-of-the-art gym on the campus and two basketball courts.

The fountain inside the ring is a stunning blue color.

“You keep breaking up,” the dispatcher said. “You walked through a glass door?”

In another incident, the employee walked into a wall with such force that he was “bleeding” and “slightly disoriented.” His co-workers said it looked as though he would need stitches.

Cupertino’s building official, Albert Salvador, had previously expressed concern that staff would be unable to distinguish between the glass walls and the actual doors.

“We did recognize this was going to be an issue, especially when they clean the glass,” Salvador told the Chronicle. “When you clean the windows, you can’t even tell some of them are there.”

When he and his team voiced concerns, black stickers were placed on the corners of the glass panes to make them more easily visible.

Despite the injuries and 911 calls, Salvador said Apple Park “is safe per the codes that I enforce.”