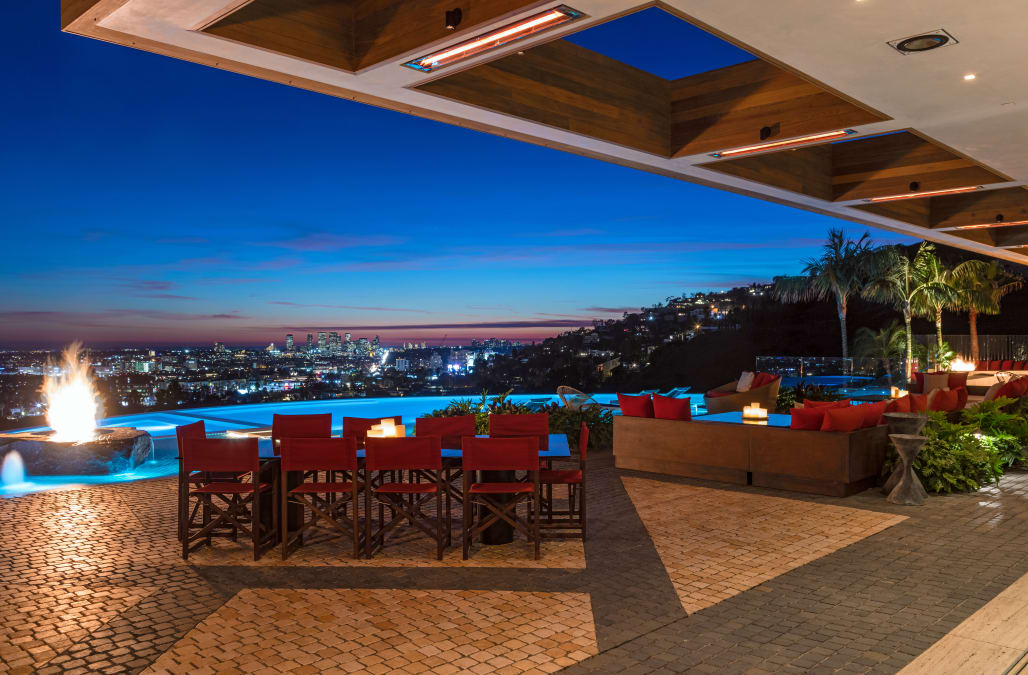 Los Angeles certainly has no shortage of sex appeal, rock and roll and over-the-top eclecticism.

Whether it’s embodied in clothing, architecture or decor, the characteristic Southern California style is something truly unique and glamorous.

Perhaps no one embodies this sense of style more than rock and roll pioneer Lenny Kravitz.

Throw him behind any artistic project and you’re sure to end up with something revolutionary, unique and just downright alluring — and The Stanley House, which he served as the Creative Director for, is all of that and then some.

Developed by Braden and Rayni Williams of Williams and Williams Estates, the 10,700-square-foot property in Los Angeles boasts three decked-out floors of 270-degree views on what has been called the “#1 promontory view lot in the city”.

Take a look at the opulent abode below:

The home contains five bedrooms, seven bathrooms and (because really, you never know when you’re going to need one) its own nightclub, which has been dubbed ‘Disco Volante’.

Dark woods cover the home, paired with walls, countertops and bars made of marble.

As for the furniture and rest of the decor, there’s really nothing that doesn’t scream Kravitz — The ‘American Woman’  singer adorned the estate with everything ranging from rich velvet chairs, to RETNA art installation that looks as if its not from this planet right down to psychedelic rugs and trinkets.

“We envision the buyer as somebody looking to live the Southern California dream. It truly is a one-of-a-kind home and an entertainer’s paradise. The buyer will appreciate its uniqueness and architecture, and will certainly treasure the view.”

The ‘paradise’ also shows off a giant open balcony to the rest of the city, complete with a granite firepit and glowing pool.

The Stanley House also tings with historical and sentimental value, as it was the last project designed by Austin Kelly, the founder and principal of X-Ten Architecture, before his passing in 2015.

The property’s listing urges one to ‘imagine all the stars aligned and the view gods & rock gods came together to build their last homage to the legendary Sunset Strip.'

Sprinkle in a little dose of opulence and modern technology, and we’d say they pretty much nailed it.

The home is currently on the market for $38M.