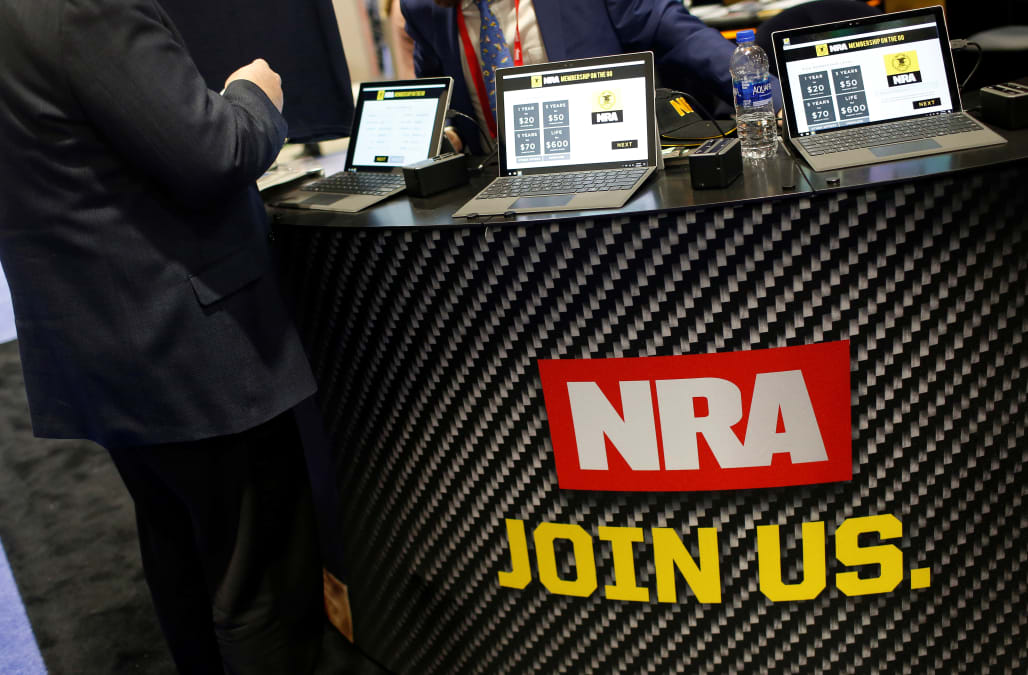 FedEx Corp said on Monday it would allow the National Rifle Association (NRA) to continue using a discount program but said it opposed sales of assault rifles.

The package delivery company's statement comes as major corporations are under pressures to sever marketing and other ties with the NRA in the aftermath of the Feb. 14 shooting that killed 17 people at a Florida high school.

FedEx said its positions on the issues of gun policy and safety differ from those of the NRA. The shipper supports restricting assault rifles to the military and opposes allowing civilians to use them. (http://bit.ly/2EUzRvH)

RELATED: Check out a list of companies cutting ties the NRA

"While we strongly support the constitutional right of U.S. citizens to own firearms subject to appropriate background checks, FedEx views assault rifles and large capacity magazines as an inherent potential danger to schools, workplaces, and communities when such weapons are misused," FedEx said.

As for discounts, it added that "FedEx has never set or changed rates for any of our millions of customers around the world in response to their politics, beliefs or positions on issues." (Reporting by Ankit Ajmera in Bengaluru; Editing by Maju Samuel)

More from Aol.com:
IHOP celebrates National Pancake Day by giving away free pancakes
'Bachelor' alum Becca Tilley wants to know if it's necessary to wear a bra -- Here's how she got the unfiltered answer she needed to hear
Kevin Hart teams up with MTN DEW KICKSTART to offer the ultimate NBA playoff experience for one fan