The cost of the most noteworthy Apple products through the years 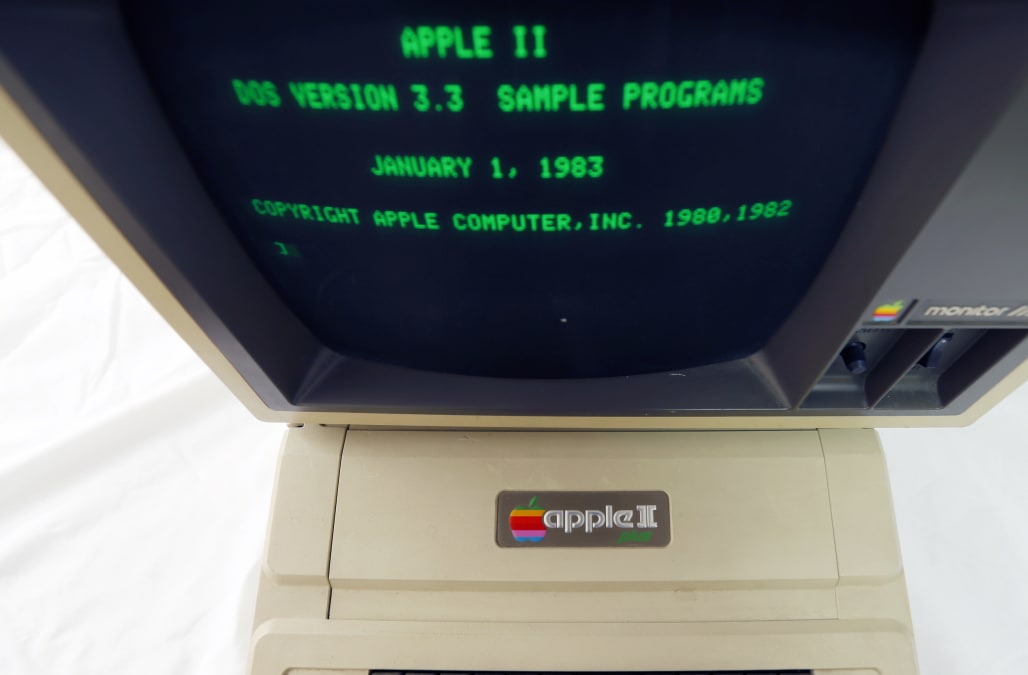 Now that Apple has sold more than a billion iPhones, it's easy to forget that it all began with two college dropouts in a garage. Since 1976, Apple has seen its share of ups and downs, but the company's 40-plus-year resume is packed with tech milestones.

From the very first Macintosh to the recently released iPhone X, Apple is known just as much for high price tags as it is for innovation.

Click through to look at the most significant products Apple has introduced over the years, and see what they cost then and what they would cost now, adjusted for inflation: 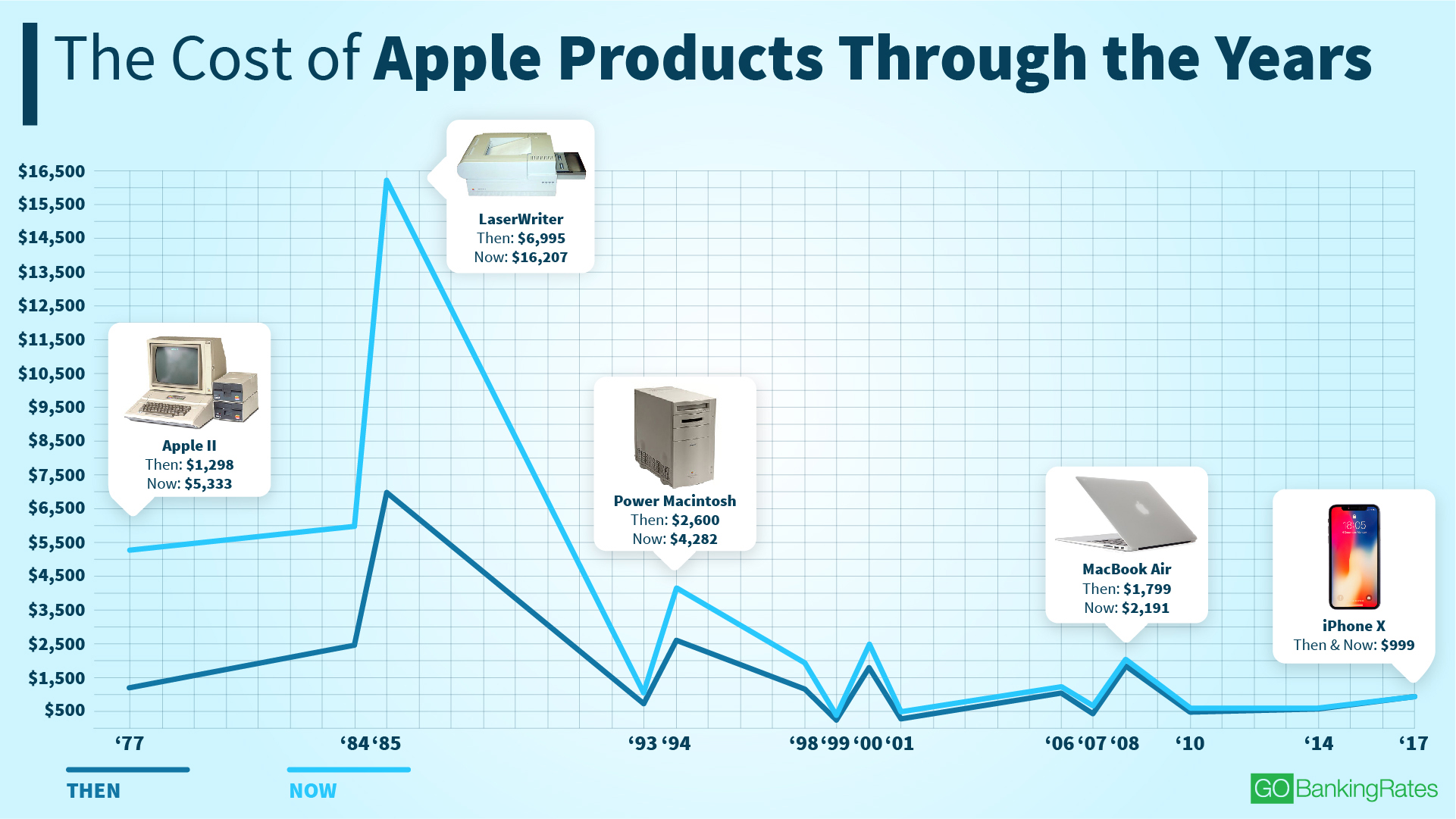 The Cost of Apple Products Since 1977

Over the years, Apple's products have gone through a slew of changes, but one thing has always remained the same: high prices. When compared to some of the tech giant's earlier and more expensive innovations, the iPhone X's heavily criticized $999 price tag comes off looking like a bargain.

Up Next: 11 Items You Should Never Buy New

Methodology: GOBankingRates determined the "Cost Now" prices by using the U.S. Bureau of Labor Statistics Consumer Price Index (CPI) Inflation Calculator, converting the cost of the product from its original release date to the equivalent USD value according to the most current CPI data available at the time of writing.

This article originally appeared on GOBankingRates.com: The Cost of the Most Noteworthy Apple Products Through the Years