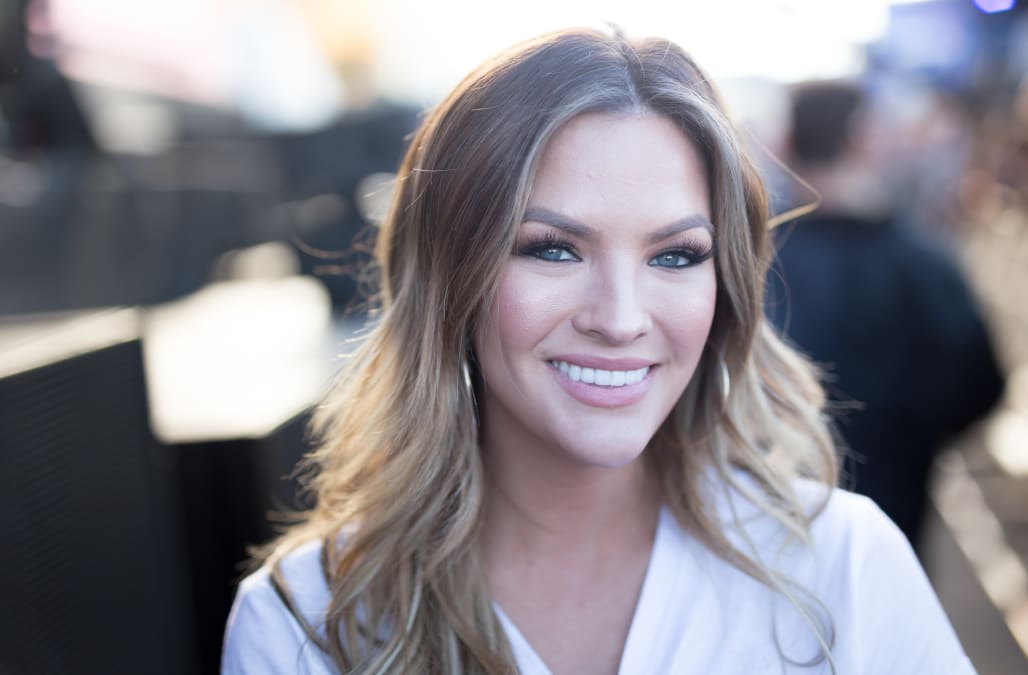 Let’s call it what it is — life is short and sometimes hard, so why make it any more serious than it needs to be?

And by ‘not being so serious’ we mean embracing moments where you’re living whatever your own definition of your ‘best life’ is — without apologies and without holding back.

As someone who most certainly knows how to get in touch with her carefree, silly side, 'Bachelor' alum and fan-favorite Becca Tilley is helping kick off Have-A-Rita by Lime-A-Rita — an interactive modern day advice column run through social media.

The campaign, in Becca’s words, is meant to embody the mental attitude of ‘Have fun, drink a margarita in a can, relax, don’t put so much pressure on yourself for perfection.’

We’ll crack open a cold Lime-A-Rita to that!

Users can hashtag #RitaSays on any of Lime-A-Rita’s social media channels asking advice on anything they want — no matter how obscure, quirky or embarrassing.

But if you’re willing to throw it out to The Ritas (the three blunt and unfiltered ladies dishing out advice), you better be willing to hear what everyone else is afraid to say.

So if you’ve got a burning question about love, style, your life’s ultimate purpose (alright, let’s maybe not take it that far), hashtag away.

Here are some of our favorites that have rolled in so far, including some of your favorite 'Bachelor' alums:

We chatted with Becca about the fine line between being mean and being honest, the importance of unfiltered advice and naturally, her favorite flavor margarita (to drink from a can, of course!)

AOL: Tell us about the Have-A-Rita initiative — How does it work?

Becca Tilley: "I started working with Lime-A-Rita and they introduced me to The RItas, who are these legendary ladies … they’re kind of the ladies who know a little bit about everything. It’s kind of as though they’ve made an advice column via social media. So, you can go to the Lime-A-Rita social accounts on Facebook, Twitter or Instagram, and if you hashtag ‘#RitaSays’ and ask a question, they’ll respond with an answer and they’re hilarious — they don’t hold back!"

AOL: Do you think there’s a benefit to dishing out advice that’s relatively unfiltered?

BT: "I’m actually really tired of people saying what they think I want to hear, I kind of want someone to give it to me straight! I also think that sometimes the coolest thing that you can do is not care, and I feel like with the social media world that we’re in there’s so much pressure to be perfect, and the whole campaign with The Ritas is basically, like, relax, don’t take things so serious, and drink a margarita that’s in a can — it should be fun and lighthearted. And I think with everything going on in society and social media, it’s nice to kind of have a break from that."

AOL: What’s the most brutally honest advice you’ve ever received? Where do you find that most of that type of advice comes from?

BT: “I think if I’ve gotten any brutally honest opinions or advice, it’s come from social media and come from strangers that don’t necessarily know me. But I do like to take people’s opinions into consideration if it’s something I think I can learn from. It’s just an interesting dynamic, having people have input on your life who don’t know you personally. And I always have wondered, ‘I wonder if people who say these things on social media would say it directly to my face’ … there’s a difference between being honest and between being mean."

AOL: What’s your exact role in the Have-A-Rita campaign?

BT: "I’m super excited about it — I’m excited because I’m the first person who got to ask a question with the #RitaSays hashtag and get an answer back. So I was kind of the first one to get the experience.

AOL: Is this one of the bigger campaigns you’ve worked on? What made you want to get involved?

BT: "This is definitley one of the bigger campaigns that I’ve done … I try to choose things that I really enjoy and that I think are fun and that fit with my personality, and I felt like this one was such a positive [campaign] directed to the women which is really fun — it’s to the girls and getting advice from friends and from these ladies that have life experience and I just thought ‘What a fun concept’ and something that I’d want to be a part of … it was a very easy ‘yes’ for me!"

AOL: What type of questions can we expect to see The Ritas answer?

More from Aol.com:
Kevin Hart teams up with MTN DEW KICKSTART to offer the ultimate NBA playoff experience for one fan
Chobani is giving away free yogurt to all Americans for the next 3 weeks
Facebook Messenger's latest update unlocks never-before-seen features for one group of people this Valentine's Day