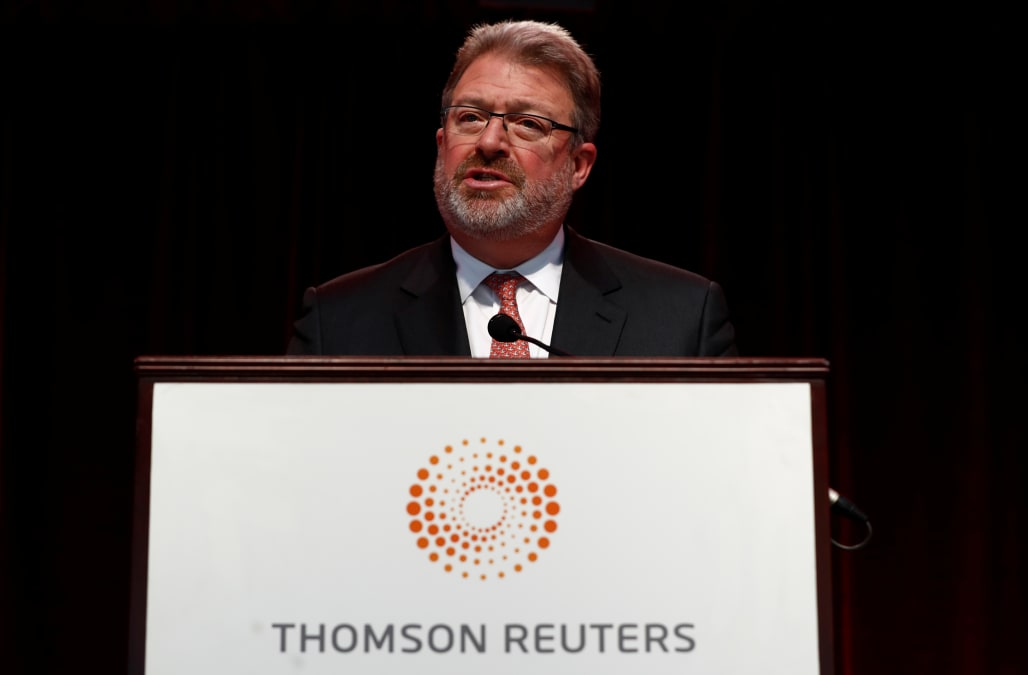 TORONTO (Reuters) - Thomson Reuters Corp said on Tuesday Chief Executive Officer Jim Smith is in stable condition after an arrhythmia incident on Feb. 12 and is expected to be released from hospital within the next two weeks.

Last week, the company said Smith was taken to a Toronto hospital after feeling unwell and was under observation at the hospital.

"Mr. Smith's condition is stable and doctors expect a full recovery," Thomson Reuters said in a statement on Tuesday. "It is expected that Mr. Smith will be released from the hospital within the next two weeks, followed by a period of further recovery," the statement added.

Chief Financial Officer Stephane Bello continues to oversee Smith's responsibilities alongside his own, in line with the company's practice, the statement said.

More from Aol.com:
Chobani is giving away free yogurt to all Americans for the next 3 weeks
Facebook Messenger's latest update unlocks never-before-seen features for one group of people this Valentine's Day
Watch: Yahoo Finance All Markets Summit: Crypto