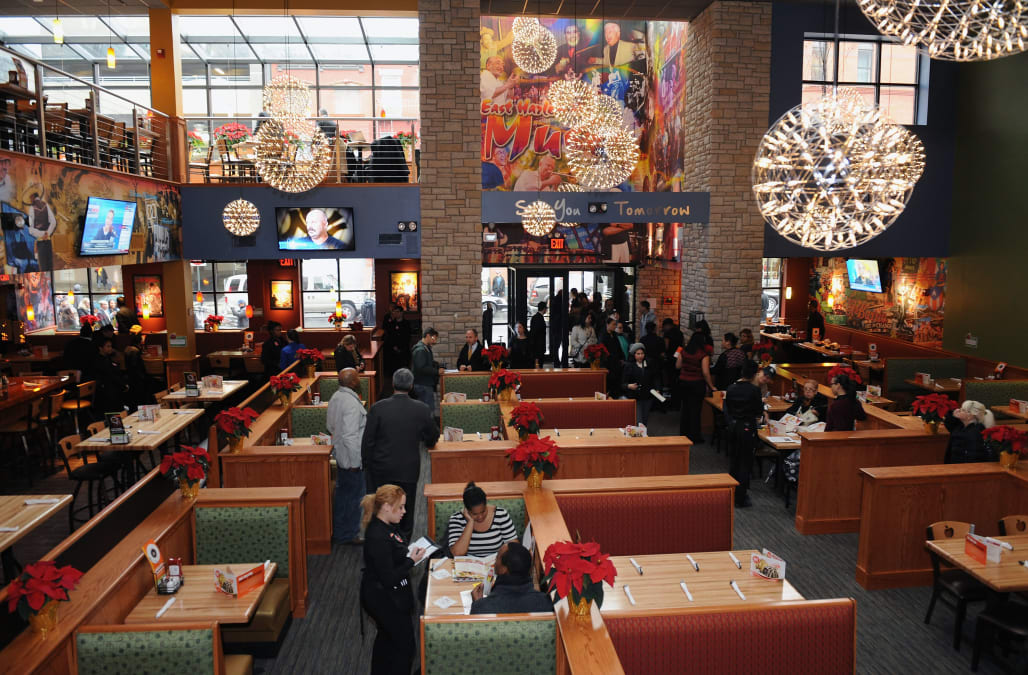 Applebee's and IHOP are planning to close up to 120 restaurants between the two chains this year, as the brands try to correct some major missteps.

On Tuesday, Applebee's announced that it anticipated the closure of 60 to 80 locations in 2018. Its sister brand, IHOP, is expected to close 30 to 40 locations.

Both Applebee's and IHOP are owned by Dine Brands Global, Inc. Dine Brands changed its name from Dine Equity, effective Tuesday, as part of the company's "ongoing transformation strategy."

"The expected closures will be based on several criteria, including meeting our brand and image standards as well as operational results," Dine Brands said in a statement.

Executives have said that failed attempts to win over millennial diners is at least partially to blame for the brands' struggles, especially in the case of Applebee's.

"Over the past few years, the brand's set out to reposition or reinvent Applebee's as a modern bar and grill in overt pursuit of a more youthful and affluent demographic with a more independent or even sophisticated dining mindset, including a clear pendulum swing towards millennials," John Cywinski, Applebee's brand president, said in a call with investors last year.

He continued: "In my perspective, this pursuit led to decisions that created confusion among core guests, as Applebee's intentionally drifted from what I'll call its 'Middle America' roots and its abundant value position. While we certainly hope to extend our reach, we can't alienate Boomers or Gen-Xers in the process."

Applebee's isn't the only sit-down casual-dining chain that has struggled in recent years.

Chains such as Buffalo Wild Wings, TGI Friday's, and Ruby Tuesday have similarly faced slumping sales and store closures. As a result, some chains — including TGI Friday's and Buffalo Wild Wings— are attempting to distance themselves from the casual-dining category, rebranding as more bar-centric chains.

"We continue to make excellent progress against our plan to stabilize and grow performance at both brands," Dine Brands CEO Stephen P. Joyce said in a statement.

He continued: "We are working on several exciting initiatives to expand our revenue channels, continually enhance the guest experience, improve operations and grow our global presence while investing in the long-term health of our two strong brands."

SEE ALSO: TGI Fridays is overhauling its entire menu as the chain tries to claw its way out of a restaurant industry death trap

More from Business Insider:
The GOP tax law hit an important milestone in a new poll
Jim Chanos is worried about the economy, but not because of inflation
Walmart tumbles after online sales growth slows

NOW WATCH: Microsoft President Brad Smith says the US shouldn't get 'too isolationist'