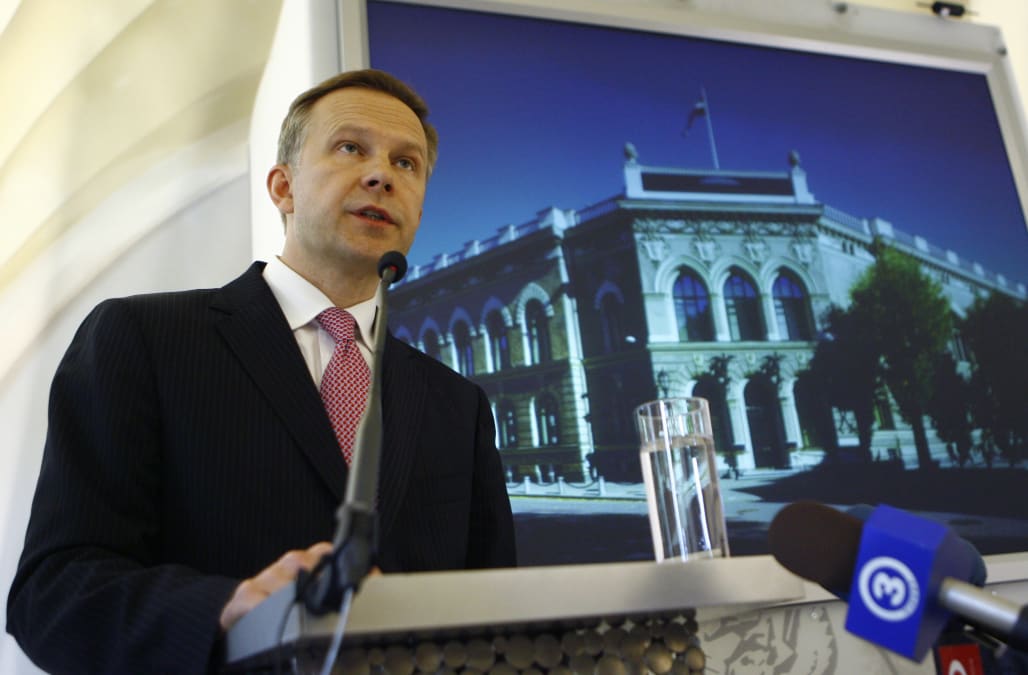 The financial sector in Latvia, a small euro zone state that shares a border with Russia, has come under wider scrutiny for being a conduit for illicit financial activities.

ABLV Bank was ordered by the European Central Bank to stop all payments as its liquidity position had deteriorated sharply since the U.S. Treasury accused it of allowing clients to conduct business with North Korea.

"ABLV has institutionalized money laundering as a pillar of the bank’s business practices," the FCEN said in a statement linking some of the alleged activities to North Korea's ballistic missiles program.

The bank has said the U.S. accusations were based on unfounded and misleading information.

The Latvian central bank said it had agreed to provide 97.5 million euros worth of funding to ABLV but the bank had yet to receive the money.

ABLV said it had ample collateral so was not seeking a bailout, just temporary liquidity support.

The bank will hold a news conference at 1500 GMT.

The economy in Latvia, which gained independence from the Soviet Union in 1991, has boomed in recent years. Its commercial banking sector is dominated by Nordic banks alongside a number of privately-owned local lenders.

In its document detailing the allegations against ABLV, the FCEN said the reliance of the Latvian banking system on non-resident deposits for capital exposed it to increased illicit finance risk. It said such deposits amounted to roughly $13 billion.

"Non-resident banking in Latvia allows offshore companies, including shell companies, to hold accounts and transact through Latvian banks," it said, adding criminal groups and corrupt officials may use such schemes to hide true beneficiaries or create fraudulent business transactions.

In a separate development, Latvia's anti-corruption authority said it had detained central bank governor Ilmars Rimsevics, an ECB policymaker, over the weekend for demanding a bribe.

It said its investigation was not connected to the probe into ABLV.

"(Rimsevics' arrest)... is about demanding a bribe of no less than 100,000 euros," Jekabs Straume, the head of Latvia's Corruption Prevention and Combating Bureau told reporters at a news conference.

Rimsevics' lawyer said the central bank governor rejected the allegations made by the anti-corruption authority.

"But they (the allegations) have been expressed only orally, so we have not seen a specific document at the moment," Saulvedis Varpins said.

Neither the police nor the anti-corruption authority gave details of the alleged request for a bribe.

"I can't imagine that a governor of the Bank of Latvia detained over such a serious accusation could work," Prime Minister Maris Kucinskis said on Monday.

After joining the European Union in 2003, Latvia adopted the euro as its currency at the start of 2014, a move which gave its central bank governor a seat on the currency bloc's top policymaking council.

Rimsevics was arrested on Saturday after police searched his office and home. He can be held for 48 hours, a period which is due to expire late on Monday.

The European Commission said on Monday that Rimsevics' detention was a matter for Latvian authorities.

(Reporting by Gederts Gelzis in RIGA and Balazs Koranyi in FRANKFURT; Additional reporting by Simon Johnson in STOCKHOLM, Silvia Aloisi in LONDON and Jan Strupczewski and Alissa de Carbonne in BRUSSELS; Editing by Toby Chopra)

More from Aol.com:
Chobani is giving away free yogurt to all Americans for the next 3 weeks
Facebook Messenger's latest update unlocks never-before-seen features for one group of people this Valentine's Day
Watch: Yahoo Finance All Markets Summit: Crypto