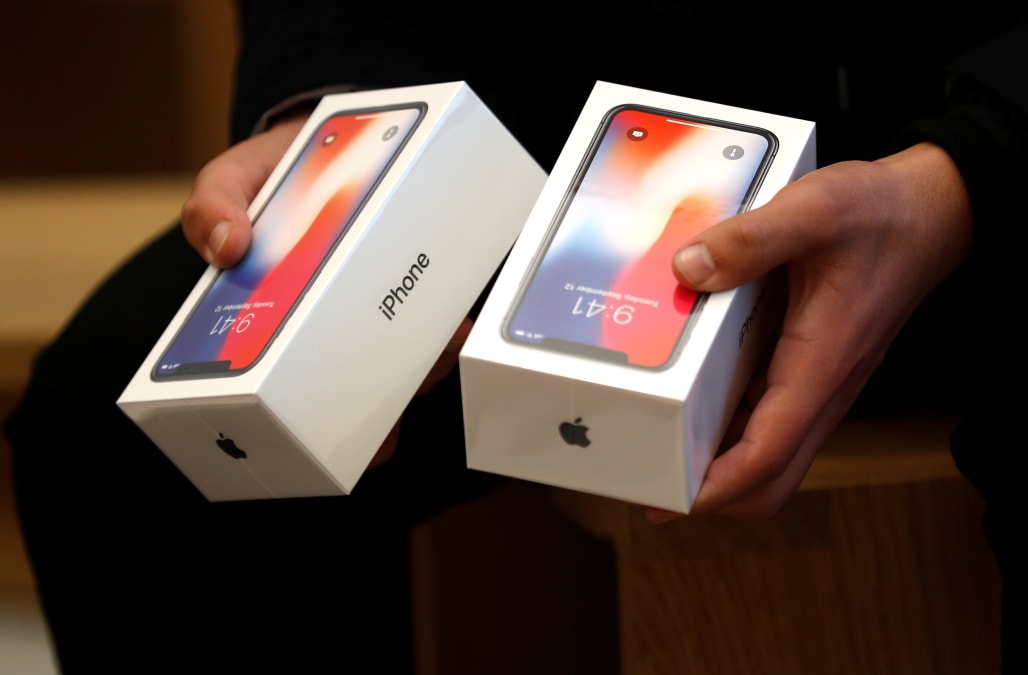 Apple has reportedly slashed some component orders for the iPhone X.

Apple allegedly told suppliers that it's cutting its first-quarter production target for the iPhone X to about 20 million units, down from 40 million, Nikkei reported earlier this week.

The Wall Street Journal followed that up on Tuesday, reportedly confirming that Apple is only planning to make 20 million iPhone X phones in the first quarter.

The WSJ quotes a person familiar for the reason for the cut: “They always do this when things aren’t selling well. It’s a real headache,” one of the Wall Street Journal's sources said.

Apple's stock slid over 1% in trading after the Nikkei report on Monday.

The iPhone X is Apple's most important product. It was launched in September with a higher price tag than any iPhone before it — $1,000. It also came with the iPhone's first major redesign in three years.

At first, it looked like supply of the device was going to be lower than its demand, due to production issues, especially with the device's delicate Face ID camera. But Apple was able to largely fulfill any iPhone X orders it received during the holiday season. Now, as Apple's slow season kicks off, it looks as if the $1,000 price tag is hurting demand.

"I'd also stress that even if a particular data point were factual, it would be impossible to accurately interpret the data point as to what it meant for our overall business, because the supply chain is very complex, and we obviously have multiple sources for things. Yields might vary, supplier performance can vary, the beginning inventory positions can vary, I mean there's just an inordinately long list of things that would make any single data point not a great proxy for what's going on."

Renowned KGI Securities analyst Ming-Chi Kuo revised his shipment forecast for iPhone X units in the January quarter to 18 million units in a January 18 research note seen by Business Insider, which he said was lower than the market consensus of 20-30 million units shipped. He cited soft demand in China for the revision.

"The China demand softness and lack of uptake for iPhone X is the main culprit for the unit shortfall in March and June," GBH Insights analyst Daniel Ives told Business Insider. He's still bullish that even with unit shortfalls in the short term, it doesn't change Apple's "underlying demand story."

Apple reports its holiday quarter earnings on Thursday, where it will provide total iPhone sales for the period between October and December. It will also give revenue guidance for next quarter that analysts can back into iPhone shipment estimates.

NOW WATCH: 7 science-backed ways for a happier and healthier 2018 — this is what you do the very first week