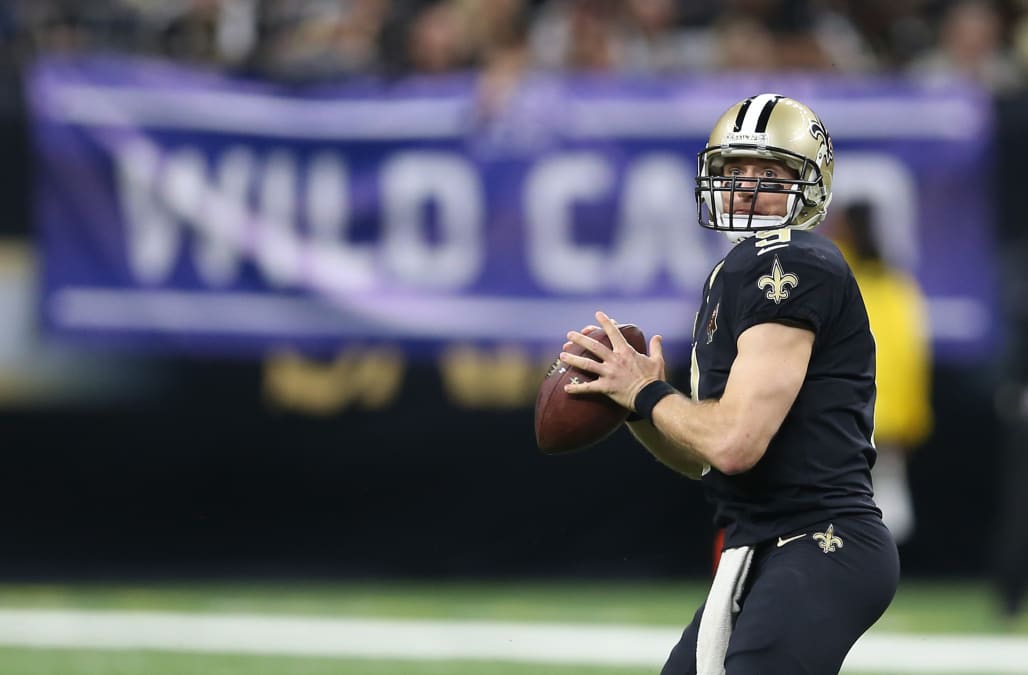 The greatest of the gridiron will meet in Orlando this year for 2018 Pro Bowl. To give you a closer look at which football stars get the fattest paycheck, GOBankingRates compiled a list of the highest earning players voted to this year's Pro Bowl. Keep reading to discover how much it pays to be a famous athlete.

Although nothing is on the line, being selected to the NFL Pro Bowl roster is all about bragging rights and claiming a seat among the greatest NFL players. And, of course, a free vacation to Disney World. Players frequently decline invitations or drop out due to injury, to avoid sustaining an injury, because they're coming off a devastating playoff loss.

Some of the lucky Pro Bowl selections, like Tom Brady and Fletcher Cox, were forced to decline because they'll be busy — preparing for the Super Bowl. Here are the 17 highest-paid players that made this year's Pro Bowl roster:

The Jacksonville Jaguars won their first division title since 1999, thanks in large part to the leadership of two-time Super Bowl-winning coach Tom Coughlin. Malik Jackson, who spent much of the season bouncing off blockers and terrorizing quarterbacks, racked up eight sacks — 6.5 of which were tallied in just eight games.

Related: How Dan Marino and Other Broke NFL Players Lost Their Fortunes

Julio Jones is a fan favorite, literally. Jones was second to none when the votes for Pro Bowl wide receiver were tallied among NFC fans — and for good reason. The five-time Pro Bowl selection and two-time All-Pro finished the regular season with 88 receptions and 1,444 yards.

The Minnesota Vikings are sending four players to the Pro Bowl this year. Among them is a man who has received the honor three years straight: Everson Griffen. With 13 sacks, Griffen had a career year this season: He's never taken down the quarterback more times in one season, and only three other players across the entire NFL totaled more sacks.

The four players Jacksonville is sending to the Pro Bowl this year represent the team's healthiest core of talent since the Jags sent seven in 1999. Among the best of this year's crop is Calais Campbell, a 10-year veteran who's been to the Pro Bowl twice before. No Jaguar in history has ever matched Campbell's 14.5 sacks, which is also a season high among the entire AFC.

A.J. Green has been elected to the Pro Bowl two years in a row, and two years in a row he's had to decline. Last year, a hamstring injury kept him away, and this year an injury is suspected, as well. Either way, he earned his invitation through his status as the Bengals' only true weapon as a receiver, racking up 75 catches for eight visits to the end zone on 1,078 yards.

Jurrell Casey stands out as one of just six players in the Titans era to be named to three Pro Bowl teams, and one of only four players who did it three years in a row. He turned down an appearance as an alternate twice. Over the course of the 2017 season, he tallied 41 tackles and six sacks after playing all 16 games.

Although four other Bucs were named as alternates, Gerald McCoy is the only player Tampa Bay sent to the Pro Bowl as a starter. It's his sixth Pro Bowl in a row. Since 2013, no defensive tackle has earned more sacks than McCoy's 39.5. He picked up six of those sacks — which combined for 34 yards — this season alone.

Deandre Hopkins never missed a game in his entire career — never, that is, until the final game of the 2017 season. During week 17 he was nursing a calf injury that will keep him out of the Pro Bowl. But the point is, he was elected, thanks in large part to his 96 receptions and 13 touchdowns.

No pass rusher in Cardinals history has ever had a better season than All-Pro Chandler Jones had in 2017. Jones terrorized quarterbacks across the league, racking up a whopping 17 sacks — the best in the NFL and a franchise record.

He forced two fumbles, hit the quarterback 38 times and scored 68 tackles. Arizona's season was far from an NFL touchdown dance, but it was definitely a bright spot for the Cardinals.

Antonio Brown is no stranger to the Pro Bowl — 2018 is his fifth straight. Although he wasn't drafted until the sixth round in 2010, he has evolved into what 247Sports recently referred to as "the NFL's best player." It's a tough claim to argue. He finished the season with 101 receptions — the fifth best in the NFL — and a league-leading 1,533 receiving yards. Just three players topped his nine receiving touchdowns.

Do You Know: How Much Money Super Bowl Players Get If They Win?

The Eagles muscled past the Falcons in the divisional round of the playoffs thanks in large part to Fletcher Cox. It was his regular season play, however, that earned him a trip to the Pro Bowl. Cox, who's been to three Pro Bowls and has served three times as second-team All-Pro, finished the year with 5.5 sacks and 26 tackles.

Von Miller has been in the NFL for seven years. He was elected to the Pro Bowl six of those years — just seven other Broncos have ever been to six — and he's the first Bronco in history to record six double-digit-sack seasons. The former Super Bowl MVP finished 2017 with 10 sacks and 51 tackles.

After five Championships in seven appearances, Tom Brady is quickly running out of records to break and fingers to adorn with Super Bowl rings; his commitment to Super Bowl LII will keep him from attending the Pro Bowl this year. With each Lombardi trophy he wins, the harder and harder it becomes to argue that he's not the greatest quarterback of all time — and 2017 might have been his best season yet. Brady, once again, is the favorite for league NFL MVP.

Related: The Richest NFL MVPs of All Time

Although he's reportedly opted out of a trip to Orlando, Philip Rivers was elected to his seventh Pro Bowl after his performance this season. He threw for 4,515 yards and 28 touchdowns, breaking the 50,000-yard mark over the course of his career. Given his salary, you might expect that much by looking at this quarterback's massive paycheck.

Ben Roethlisberger has been elected to six Pro Bowls over the course of his career, although he hasn't played in one since 2007. After almost a decade and a half in the NFL, Roethlisberger — tied with the iconic Terry Bradshaw as the Steelers' longest-serving quarterback — has said he's pondering retirement.

He led his team to a season that ended with Pittsburgh at the top of the NFC North with a first-round playoff bye. So if that's true, "Big Ben" will be going out with a bang.

Russell Wilson reached 150 touchdowns and 3,000 rushing yards faster than any other quarterback in history — achieving those milestones in just 91 games. His visit to the 2018 Pro Bowl will be his fourth.

Not only is Wilson the highest-paid player for the Seahawks, but he also earns his salary from accomplishments such as leading the NFL in passing touchdowns (34) and breaking the top-10 in total yards.

Drew Brees is not just the highest-paid quarterback to be selected for the Pro Bowl, but the highest-paid NFL player of any position heading to Orlando. After 17 years in the league, Brees has won a Super Bowl, was named All-Pro once and was elected to 11 total Pro Bowls.

He didn't slow down in 2017. Throwing 23 touchdowns with just eight interceptions totaling 4,334 yards, Brees was one of the last men standing before the Saints fell to the Vikings after the "Minnesota Miracle."

Up Next: The Richest Super Bowl MVPs of All Time

More from Go Banking Rates:
It Only Cost $10 to Attend the First Super Bowl — Now It’s a Fortune
This Is What It Takes to Own an NFL Football Team
For the Price of a Super Bowl Ring, You Get These Crazy Things