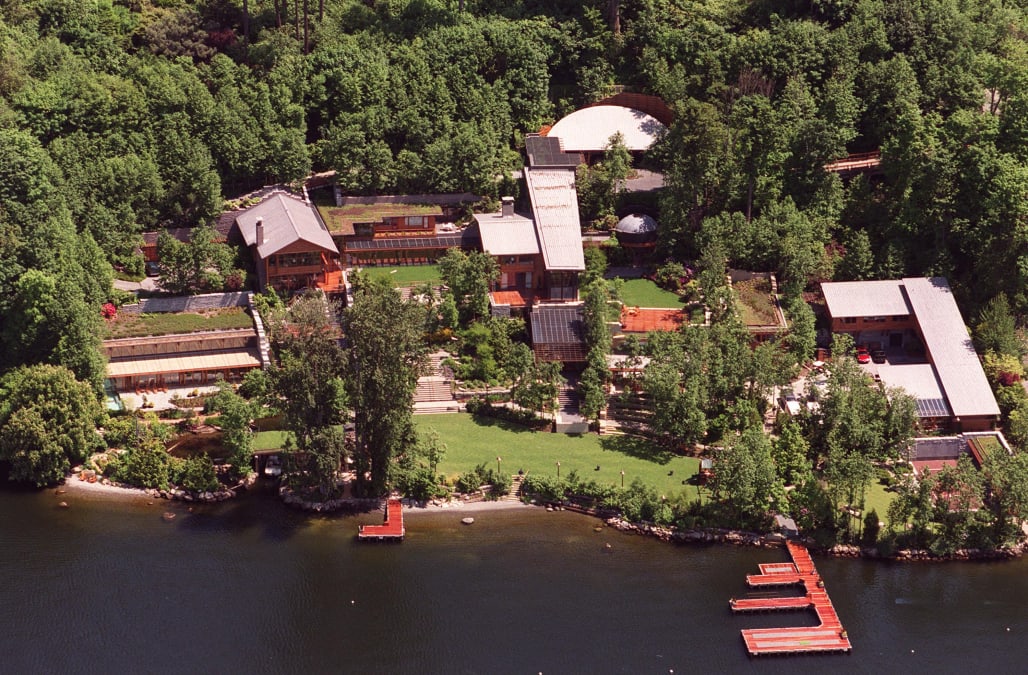 The tech titans live less than one mile from each other in Medina, Washington, a secretive and exclusive suburb located just across Lake Washington from Seattle where the median home value is over $2.7 million.

Gates isn't the only Microsoft executive to call the Seattle area home — though his $125 million state-of-the-art tech compound may take the cake. Microsoft cofounder Paul Allen, former Microsoft CEO Steve Ballmer, and Charles Simonyi, the creator of Microsoft Word and Excel — and noted space tourist — all own multi-million dollar properties within a stone's throw of Seattle.

Jim Jannard, the founder and chairman of eyewear company Oakley, and Starbucks chairman and former CEO Howard Schultz also live in the area.

Perhaps the easy commute is part of the draw of Medina for Bezos and Gates.

About 10 years before Bezos and Amazon descended upon Seattle, Gates brought Microsoft's headquarters to Redmond, Washington, a town 20 minutes from his house.

Over the past two decades, Bezos has transformed Seattle's South Lake Union neighborhood into "Amazonia," occupying more square feet of office space than the next 40 largest employers in the city combined, reports the Seattle Times. Blue Origin, the space company owned by Bezos, is about 25 miles south of Medina.

But Bezos may soon become bi-coastal, as he hunts for a city to host Amazon's second headquarters — nicknamed HQ2. There's speculation he'll choose Washington, DC, where he owns a $23 million mansion in the high-profile Kalorama neighborhood. Plus, the Bezos-owned newspaper The Washington Post is based nearby.

NOW WATCH: Why Amazon's new headquarters sweepstakes makes it the 'smartest company in the world'

SEE ALSO: One walk through Seattle's 'Amazonia' neighborhood made me very uneasy for whatever city gets HQ2