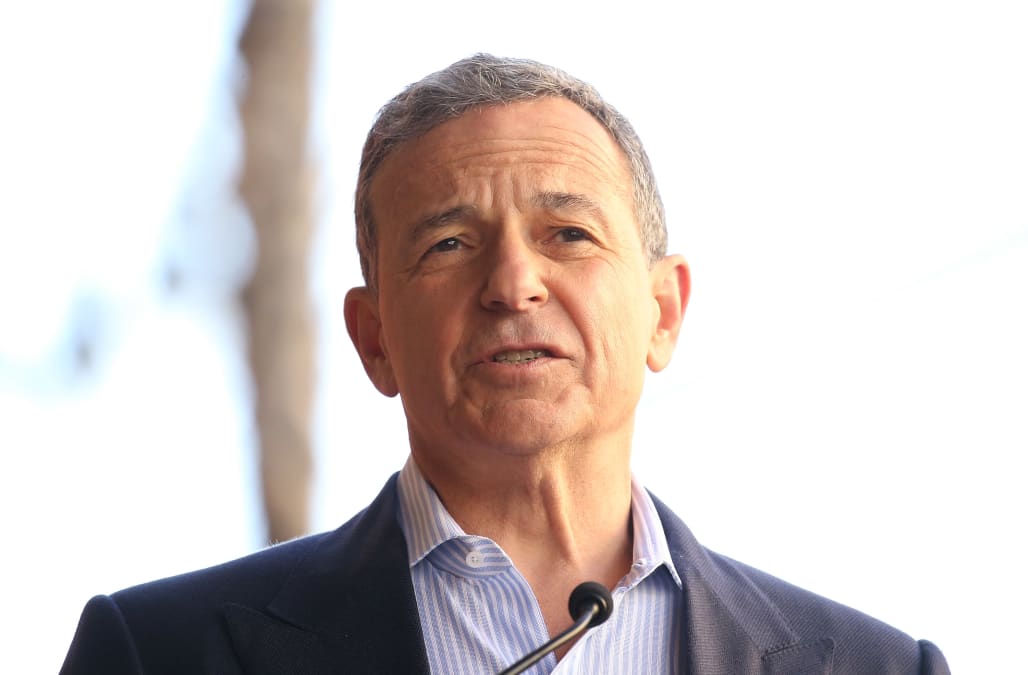 The Walt Disney Company announced Tuesday it will give a $1,000 cash bonus to 125,000 U.S.-based employees, for a whopping total of $125 million. And according to an internal memo obtained by TheWrap, Disney CEO Bob Iger said the bonuses come as a direct result of the tax reform bill passed by Republicans in December.

The one-time $1,000 cash bonus will be distributed in two payments of $500, the first in March and the second in September. All U.S.-based Disney employees, either hourly or salaried, who have been with The Walt Disney Company since Jan. 1 of this year will be eligible. In accordance with federal law, the company said it will work separately with union representatives to determine possible distribution plans for union employees.

Also Read:Liberals Lose It After Tax Reform Bill Passes in House: 'We No Longer Live in a Democracy'

Disney, which acquired 21st Century Fox assets for $52.4 billion in December, also announced a new higher education initiative for its hourly workforce funded with an initial investment of $50 million. Close to 88,000 employees will be eligible for the program, which will pay for college or vocational training, including courses unrelated to specific responsibilities within the company. Disney said it will provide up to $25 million in funding to the program annually.

The bonuses and education initiative amount to a total allocation of more than $175 million for this fiscal year.

“I am proud we are directing approximately $125 million to our cast members and employees across the country and making higher education more accessible with the launch of this new program,” Iger said in a press release. “I have always believed that education is the key to opportunity; it opens doors and creates new possibilities. Matched with the $1,000 cash bonus, these initiatives will have both an immediate and long-term positive impact.”

Walt Disney over the years
UNSPECIFIED - NOVEMBER 27: Walt Disney's father and mother late 19th century (Photo by Apic/Getty Images)
Actor Leslie Howard and producer Walt Disney shake hands after playing in a polo match together.
(Original Caption) Walt Disney (1901-1966), famed orignator of full-length animated motion pictures, at work at his drawing board.
(Original Caption) Portrait of Walter Elias Disney (1901-1966), originator of the vast Disney empire consisting of theme parks, cartoons, and movies. Disney is waving and smiling for the camera in this 3/4 length photograph.
Walt Disney with kittens.
(Original Caption) 2/1942: Secretary of Treasury Henry Morgenthau, Jr., Walt Disney, Assistant Secretary of Treasury, John L. Sullivan, Assistant to the Secretary George Buffington, Disney Artist Joseph Grant, and Disney writer Richard Huemer look over Disney's sketches for 'The New Spirit,' Disney cartoon for the Treasury Department.
(Original Caption) Walt Disney takes an imaginary spin high on an old Eagle racing bike while his daughter, Diane, paces him on an 1870 model tricycle. The bikes are part of a collection in Ford's Edison Museum. Undated photograph.
(Original Caption) Walter E. Disney, famous producer of animated cartoons, is shown with doll replicas of his most famous characters which were responsible for his being conferred an honorary degree of Bachelor of Arts at Harvard University Commencement. President James Bryant Conant made the presentation before 5,800 special guests, alumni, students, faculty and members of the graduating class.
(Original Caption) Walt Disney, creator of Mickey Mouse, with Louis Lumiere, French Grand old man of films, during the former's visit to Paris.
American film producer and creator of Disney World, Walt Disney, holds sheet music with actor Eddy Nelson.
(Original Caption) 1939-Los Angeles, CA- Shirley Temple presents an Academy Award to Walt Disney for his outstanding cartoon, 'Snow White and the Seven Dwarfs,' one big statue and seven little ones, at the 11th Annual Academy of Motion picture Arts & Sciences dinner.
(Original Caption) Arriving on the Rex is Walt Disney, creator of Mickey Mouse. Mickey Mouse is the animated cartoon character who cavorts his way over the silver sheet much to the delight of America's younger generation.
(Original Caption) Walt Disney learns to do El Gato, one of the colorful and traditional dances of the Argentine countryside. During the survey trip which Disney and a group of his artists made to South America, they spent many hours studying and recording through sketches and photography, the ins and outs of numerous dances and costumes.
Up Next

Parents may qualify for helpful tax breaks on everything from child care to educational costs and even supplies, in some cases.

A Guide to Paying Quarterly Taxes

As a small business owner or freelancer, you’ll find that mastering your quarterly taxes is a key part of running a successful company. Here’s a closer look at how quarterly taxes work and what you need to know when filing your tax returns.

Myths About Quarterly Taxes for the 1099 Tax Form

For those Americans who pay quarterly taxes—or those who don't, but who think they should—understanding the rules governing estimated taxes is vital.

How Short Sales and Foreclosures Affect Your Taxes

If you engage in a short sale or your mortgage lender forecloses on your home, there are some important tax implications that you'll want to consider.

A Guide to Paying Quarterly Taxes

Myths About Quarterly Taxes for the 1099 Tax Form

How Short Sales and Foreclosures Affect Your Taxes