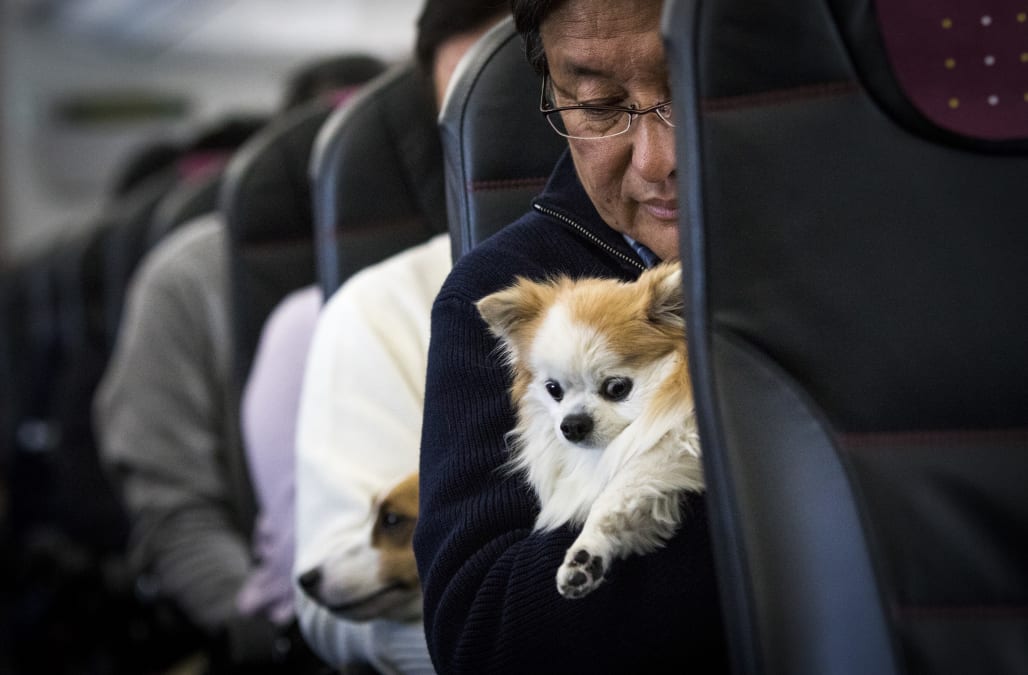 NEW YORK (Reuters) - Delta Air Lines is tightening the requirements for passengers traveling with onboard service and emotional support animals, the carrier said on Friday, following a sharp uptick in animal-related safety issues over the last several years.

Effective March 1, Delta, the second largest U.S. airline by passenger traffic, said it will require passengers seeking to fly with pets to present additional documents outlining passenger's need for the animal and proof of the animal's training and vaccinations, 48 hours prior to the scheduled flight.

This comes in response to what the carrier said was a 150 percent increase in the number of service and support animals carried onboard since 2015.

Alongside that increase has been an 84 percent spike in the number of reported animal incidents since 2016, including urination and/or defecation, biting, and a high-profile 2017 mauling of a passenger by a 70-pound emotional support dog.

"The rise in serious incidents involving animals in flight leads us to believe that the lack of regulation in both health and training screening for these animals is creating unsafe conditions across U.S. air travel," John Laughter - senior vice president of corporate safety, security and compliance - said in a statement.

Under federal law, service animals are permitted to fly in-cabin with their owners, provided they do not pose a threat to the health and safety of others.