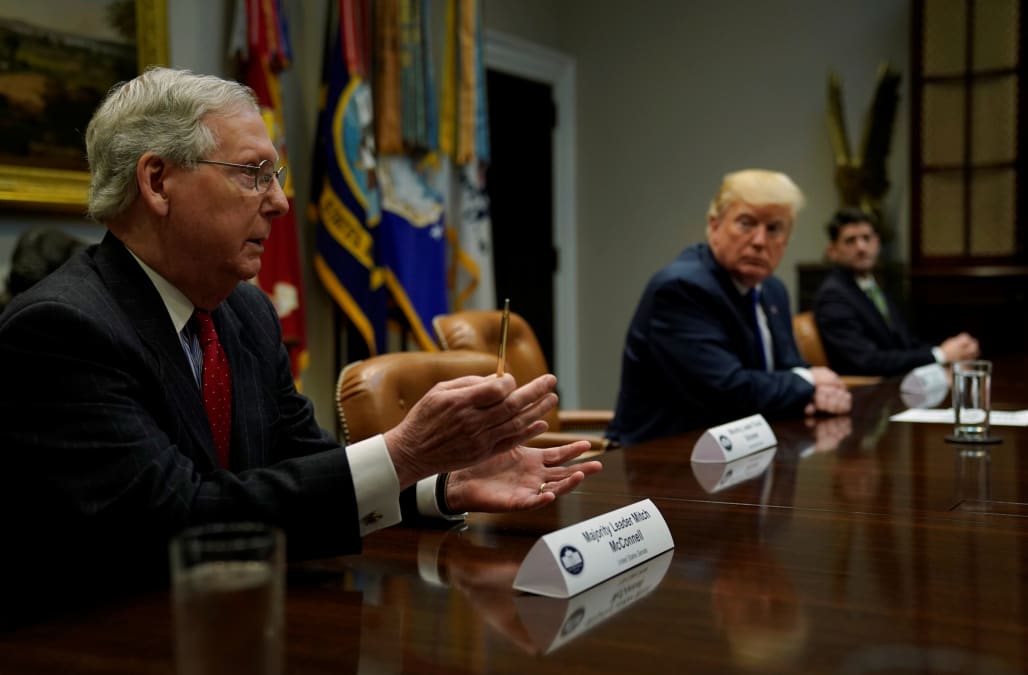 The details of the House Republicans’ version of tax reform legislation were released on Thursday. While far from law yet, what you’re going to hear a lot about from the bill’s supporters, including President Donald Trump, are all the great things they say it would do for the average American taxpayer.

But buried in the fine print are some less-than-stellar things you most likely won’t be hearing about. Here are five examples, all drawn from the Section-by-Section Summary of the Tax Cuts and Jobs Act:

Harder to get: tax-free gain on the sale of your home

Currently, you don’t have to pay taxes on the gain from the sale of your home, up to $500,000 for joint filers and $250,000 for single filers, providing you’ve lived there for at least two of the last five years. You can use the exclusion every two years.

Under the new bill, to qualify for the exclusion your home will have to have been your principal residence for five out of the last eight years and you’ll be limited to using the exclusion every five years. In addition, the exclusion phases out dollar-for-dollar for incomes exceeding $500,000 for joint filers and $250,000 for single filers.

The congressional Joint Committee on Taxation estimates this will transfer $22.4 billion from our pockets to Uncle Sam’s over the next 10 years.

One of the biggest selling points of the bill is simplification: to make taxes so simple, you can easily do them yourself. One of the ways the legislation would accomplish this laudable goal is by eliminating a lot of individual deductions and replacing them with a larger standard deduction.

That big standard deduction means most people wouldn’t have to scrounge for itemized deductions, making both your taxes and life simpler. The downside, however, is that a lot of expenses we’re now deducting would no longer qualify, including:

For most people, the increased standard deduction would more than offset the loss of these itemized deductions. But not for everyone. The Section-by-Section Summary reveals that repealing deductions will allow the federal government to collect $1.2 trillion more over the next 10 years, while hiking the standard deduction will only cost the government $921.4 billion. So, as a group, we’ll end up paying $280 billion more in taxes over the next 10 years.

Currently, except for those with high incomes, we’re able to claim personal exemptions for ourselves, spouses and dependents in the amount of $4,050 per exemption. So a taxpayer with a family of four would have four times $4,050, or $16,200, of essentially untaxed income.

Not anymore, under this bill.

Partially offsetting the loss of personal exemptions would be the larger standard deduction and a larger child credit, which would be expanded from $1,000 to $1,600. Still, taken alone, losing personal exemptions means that, as a group, we would pay $1.56 trillion more in taxes over the next 10 years.

Currently, those paying alimony can deduct it, while those receiving alimony must claim it as income. The new bill does away with both of these provisions.

Get divorced after the end of 2017, if the tax reform bill passes, and you’ll no longer get to deduct alimony payments and your ex won’t have to claim them as income. This is obviously a setback for those who write alimony checks and a delight to those cashing them.

The Joint Committee on Taxation estimates this will collectively cost American taxpayers $8.3 billion in additional taxes over the next 10 years.

The existing system includes a variety of education-related tax breaks, including the American Opportunity Tax Credit, the Hope Scholarship Credit and the Lifetime Learning Credit. Under the new law, these tax credits would be consolidated into a revised one called the American Opportunity Tax Credit. Taxpayers will see a net loss of $17.3 billion from this change over the next 10 years.

Currently, unless your income is high, you can deduct up to $2,500 of interest on loans for qualified higher education expenses. Under the new bill, this would be repealed.

Under current law, interest on United States savings bonds is excluded from income if used to pay qualified higher education expenses. Not so under the new bill.

Under current law, employer-provided education assistance is excluded from income up to $5,250 per year. That would be gone also.

Repealing these three provisions, along with a couple of additional minor ones, means a collective increase in federal taxes paid of $47.5 billion from 2018-2027.

One positive note: Currently, forgiven student loan debt has to be included as income, even if the forgiveness comes as a result of death or disability. Under the new bill, income resulting from the discharge of student debt from death or total disability would be excluded from taxable income.

Where’s all the money going?

We’ve now seen how American taxpayers could be losing a lot of tax incentives we now take for granted. What would we gain from the legislation?

One place we would gain is on individual income tax rates. Lower tax brackets for some taxpayers would save a collective $1.05 trillion over the next 10 years. That’s good news. But if you want great news, talk to a corporation. Their maximum tax rates would drop from today’s 35 percent all the way down to 20 percent. That’s way lower than the top bracket for people. Top rates for us humans would remain at today’s 39.6 percent.

How much would corporations save on their taxes under the new bill? $1.46 trillion. And unlike us regular folks, they have comparatively few disappearing deductions.

Which of these changes included in the House GOP’s bill would affect you most? Share with us in comments below or on our Facebook page.

More from Money Talks News:
5 Reasons To Refinance That Every Homeowner Should Know
6 Easy Ways To Get Out Of Debt
Two Savings Accounts That Pay 10x What Your Bank Pays