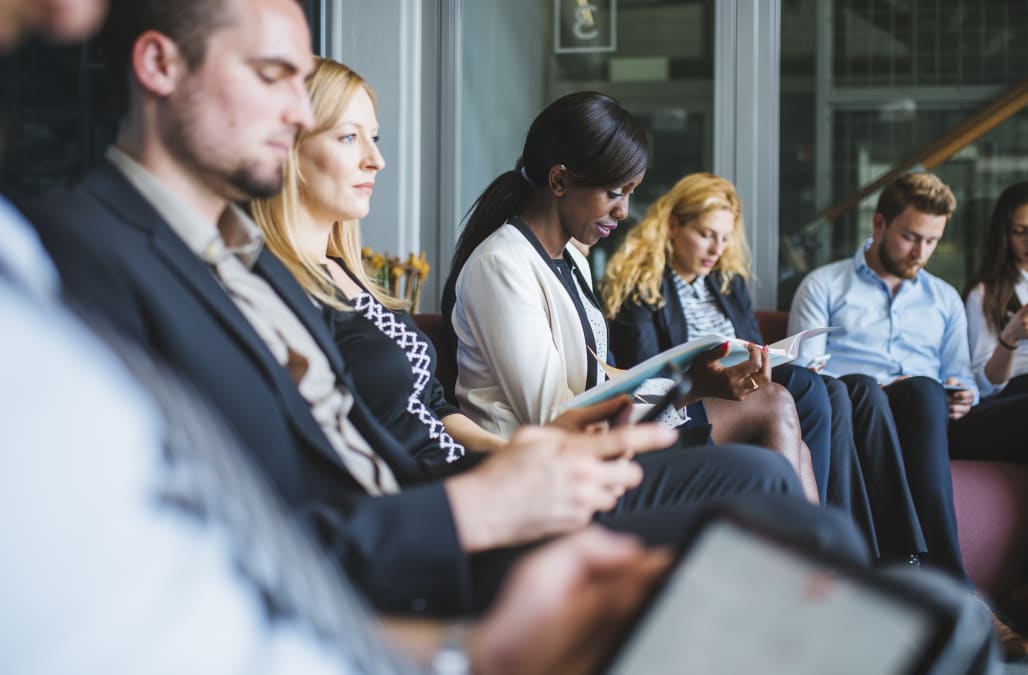 Applying to a job is a major investment of time and energy. So you don't want to spend hours toiling over the perfect cover letter for a job that's completely out of your league.

If you're on the fence about applying for a challenging job, there are a few key factors that can help you decide either way. We spoke to Amanda Augustine, the career expert at TopResume, and looked at other expert advice on the key signs that you should go ahead and throw your hat in the ring.

12 cities with the most job openings:

12 PHOTOS
12 cities with the most job openings
See Gallery

12 cities with the most job openings

Current growth in Phoenix is slower than it was during past booms, but the economy is still creating jobs. The Phoenix metro area is chock-full of small businesses — 96 percent of the region's 126,000 businesses have 50 or fewer employees.

The leisure and hospitality sector is booming, with growth of 7.1 percent from July 2016 to July 2017, according to the U.S. Bureau of Labor Statistics. The next fastest-growing sector was construction, with 3.5 percent growth over the same time frame.

Strong economic activity and net migration are expected to push home prices higher, which could have positive, ancillary benefits on the economy.

Boston is a college town, home to prestigious institutions likes Harvard University, Massachusetts Institute of Technology and Boston College. In fact, as of 2016, the city had the largest concentration of top-tier research universities in the country.

Boston also has a number of the country's best hospitals, including Massachusetts General. Thus, it is no surprise that the highest level of employment in the city is in education and health services.

Dallas is a bright spot in the Texas economy. Economic growth over the next five years is expected to reach 4.2 percent per year, according to the city's economic forecast.

Dallas is a key driver of economic growth in the state, according to the Dallas Chamber of Commerce. The city is blessed with a diverse economy and its business concentrations are in logistics, technology and corporate headquarters.

San Francisco is the fourth most-populated state in California and it runs neck-and-neck with Los Angeles when it comes to having the most job openings.

With a well-known concentration of financial services companies, including Wells Fargo and Charles Schwab, it should be no surprise that the professional and business services industry is No. 1 when it comes to employment in San Francisco.

Los Angeles is the capital of the world for show business — and it's the largest city in the state. As a result, the city's economy is naturally large and diversified.

Away from the glitz and glamour of Hollywood, Los Angeles is also the home to the nation's No. 1 container port, which makes trade its top industry.

Education and health services come in a close second.

Seattle's economy is well-rounded, which results in many job opportunities. Seattle offers employment in a variety of industries, ranging from trade to transportation and utilities to professional and business services to government to education and health services, according to the U.S. Bureau of Labor Statistics.

As befitting the nation's capital, government jobs in DC make up the largest employment sector. The city also offers high levels of employment in the fields of professional and business services and education and health services.

The city has several organizations and agencies that focus on potential economic development opportunities, and it has initiatives designed to develop small business owners.

Although Houston's economic situation might change in the aftermath of 2017's Hurricane Harvey, it stands at No. 4 on this list of cities with the most job openings. According to the U.S. Bureau of Labor Statistics, the industries with the most workers in Houston are:

The city's economic development plan identifies the energy, manufacturing and medical sectors with the most robust growth.

Atlanta's two main industries — in terms of the percentage of the population that is employed in those fields — are sales, administrative support, management, business and finance. The city, however, also employs those in the science, education, library, engineering and computer sectors at a rate above the national average.

The city's most recent Comprehensive Development Plan was adopted on Nov. 21, 2016, to further economic growth in the city. Invest Atlanta, the city's development authority, is focused on growing residential and commercial economic vitality in the city.

Chicago, has the second-highest number of job openings on the list. Chicago's economy is guided by an economic development plan entitled, "A Plan for Economic Growth and Jobs," created by World Business Chicago and the city's mayor, Rahm Emanuel.

New York City boasts a growing, diverse economy that has many growing industries, hence its No. 1 position in this list of cities with job openings.

New York is particularly booming when it comes to the startup sector, which accounts for more than 291,000 jobs and more than $124 billion in economic output.

You have nontraditional work experience that gives you the same qualifications

That's according to Augustine, who said that internships, volunteer work, and freelance gigs all count. "Three to five years of experience," for example, doesn't necessarily refer only to paid, full-time work.

That said, "the most important thing is going to be how you portray it on your résumé so that when someone's glancing at your résumé, they understand you have the required experience, even if it's not in the most traditional form," Augustine said. The hiring manager shouldn't have to go digging to see what makes you qualified for the position.

13 resume phrases that will get you hired:

The traits and experience you don't have aren't core requirements

Augustine said that some job postings have a huge list of desired traits — but not all of them are required. And the hiring manager knows they probably won't find a candidate who meets all the criteria.

If the job posting says candidates must have 10 years' experience and an MBA and you're a recent grad, you might not want to waste your time applying. But there's more "wiggle room," Augustine said, if the company is looking for a candidate with an MBA and/or five years of relevant experience and you have one of those.

Someone at the company can give you a great referral

Consider getting a friend or former colleague who works at that company to vouch for you.

"Minimum requirements can be overlooked in many instances, and the best way to unlock them is to get a glowing referral from someone at your target company who you may have worked with in the past," Jon Silber, CEO of Purple Squirrel, an online recruiting and networking marketplace, told Glassdoor.

In fact, Glassdoor found your chances of landing a job are between 2.6% and 6.6% higher if you were referred by a current employee than if you applied cold.

Alison Green, a.k.a. the workplace expert behind the "Ask a Manager" column, says you should consider applying for a job if you almost meet the experience requirements — especially if you can "write a really good cover letter and point to excellent achievements."

Green writes: "The idea here is to put yourself in the hiring manager's shoes. What should make them excited about hiring you?"

If you can articulate that clearly in a cover letter and résumé, you might just have a shot.

SEE ALSO: 6 steps to getting the job you're not 100% qualified for