Aetna wants to create a 'Genius Bar' at CVS, and it could forever change the way Americans access healthcare 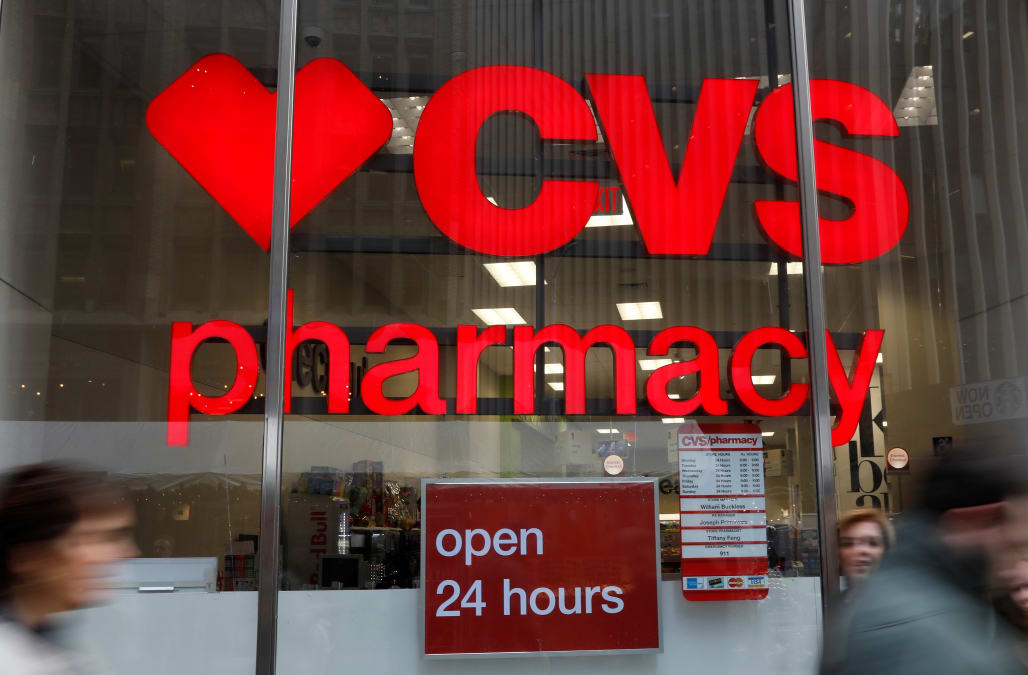 CVS Health's $69 billion merger with the health insurer Aetna could put a lot more of the healthcare system all under one roof.

The combined companies, which altogether include a health insurance business, retail pharmacies, and a company that negotiates prescription drug prices with drugmakers called a pharmacy benefits manager, would have a lot more control over how people access and pay for healthcare.

What you need to know about the new GOP health care bill:

9 PHOTOS
Graham-Cassidy: What you need to know about the new GOP health care bill
See Gallery

Graham-Cassidy: What you need to know about the new GOP health care bill

The legislation was initially proposed by Senators Lindsay Graham (center) and Bill Cassidy. Cassidy (right of Graham) is a physician in addition to being a lawmaker.

Many health experts say that waivers in the bill could allow states to remove one of the more popular aspects of Obamacare -- the protection of people with preexisting conditions from being charged more for insurance -- if the deregulation would lower overall health costs.

The legislation also requires states to prove that any new health care system "intends to maintain access to adequate and affordable health insurance coverage for individuals with preexisting conditions."

The bill's current text complies with the conservative-favorite Hyde Amendment, which states that no taxpayer funds shall pay for abortions except in the case of rape, incest or if the mother's life is at risk.

Because of specific Congressional rules, the Senate parliamentarian will have to agree on the structure of the legislative language in blocking federally subsidized programs from including abortion coverage.

Even if the language is blocked, though, the Graham-Cassidy bill would funnel funding through the Children's Health Insurance Program beginning in 2021 -- which is compliant with the Hyde Amendment.

A study by the Commonwealth Fund estimates that around 15 million to 18 million more Americans would be without coverage by 2020 under the plan.

The Brookings Institution estimates the number of people with insurance coverage would drop by around 21 million between 2020 and 2026.

The bill would also eliminate the mandate enforcing that everyone either have insurance or pay a penalty.

The Brookings Institution estimates the number of people with insurance coverage would drop by 32 million by 2027.

Beginning in 2020, the bill as law would eliminate Obamacare's Medicaid expansion and ends its marketplace subsidies.

Under the bill, CNN reports 34 states would receive less federal dollars for health care than they currently do under Obamacare.

The intent of the deal is to create "health hubs," where communities can better improve their health, in a way that they might not if their pharmacy was separate from their urgent care and their insurance company.

Here's how Aetna CEO Mark Bertolini explained it on a call with investors on Monday:

"The real important part here is that we need to understand that almost 60% of Americans don't have a regular doctor. A lot of people can't get in to see the doctor they want to see. So I view the offering — I think it's less about what the store looks like and more about the offering, and the experience the customer gets is really about a patient-centered medical home model, where we're supporting interaction with the medical community, preparing people for appropriate compliance, preparing them for their visits, setting up appointments, eliminating prior ops, doing all those other sorts of things to help navigate that system for them. So the relationship becomes one of trust. And what I want to use over and over and over again because it makes it so much simpler."

The "patient-centered medical home" model that Bertolini refers to is a kind of primary care model in which primary care is more of a team effort, beyond the relationship between just a patient and his or her doctor. It might mean that a lot more healthcare happens outside a traditional doctor's office.

Bertolini envisions CVS pharmacies serving a lot like the Genius Bar that Apple has to provide tech support to customers.

"Think of the Genius Bar at Apple, for example, and this ability to walk in the store and get help," Bertolini said. "I think this is the kind of idea we want to create in the stores, and I think we want to get going on the projects and pilots as soon as we can."

While CVS might be best-known for its roughly 10,000 pharmacies around the US, CVS as a company operates a number of different businesses, including a pharmacy benefits manager, its MinuteClinic health clinics that are staffed by health care professionals, specialty pharmacy fulfillment and management services, mail prescription services, and long-term care services.

Here's the full breakdown of all the parts of the healthcare system CVS touches on its own: With Aetna, CVS picks up a few more pieces of the healthcare system, such as medical benefits and population health tools. The addition gives CVS a lot more data to analyze as well. NOW WATCH: This is what Bernie Madoff's life is like in prison