You're not rich until you have $100 million, says rich people 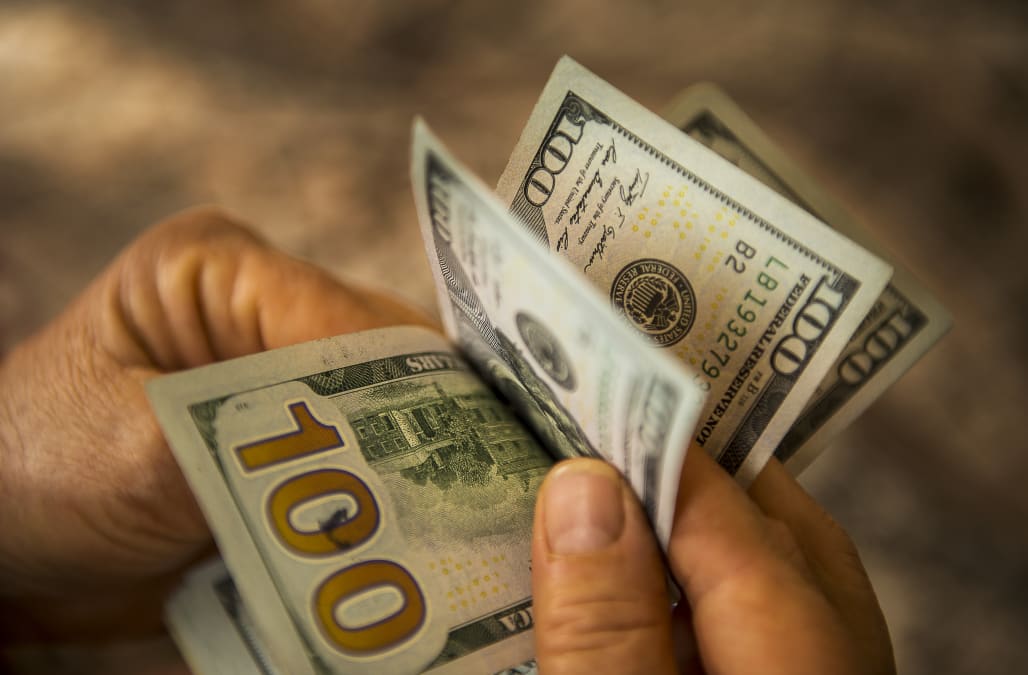 About 5 percent of Americans are millionaires. The vast majority of them, about 95 percent according to a report by Wealth Engine, have between $1 million and $5 million — and many think that's just not enough.

"Many people believe that, along with tangible assets and services, having it all means having some wiggle room — money to cover a major splurge or setback, and more on top of that," writes Norman Vanamee in Town & Country magazine.

RELATED: Tips for saving money when dining out

10 PHOTOS
Tips for saving money when dining out
See Gallery

Tips for saving money when dining out

If you're unsure of where you want to go, browse sites for online deals. You'll find new places to dine at for a discounted price: win-win! If you do have a particular place in mind, always check their website before you make a reservation. You never know what coupons or special online deals you'll find!

Opt for lunch instead of dinner

Most restaurants have a different menu for lunch hours, which usually include smaller portions and cheaper prices. Also, you're less likely to be tempted to go for that cocktail or glass of wine in the middle of the day, which will save you bucks on your bill. If you don't have a preference of which meal you want to dine out for, lunch is usually your better bet.

Make an appetizer your entrée

Most restaurants list entrées at steeper prices than appetizers, and often times the portion sizes aren't that much bigger. In fact, appetizers can be just as satisfying. You can also order one or two side dishes and enjoy those as your main meal.

Nosh on something light from your kitchen that won't completely spoil your appetite. This way, you'll be less tempted to order larger portions or appetizers which can make your bill much more expensive.

If you don't finish your meal, take home what you didn't eat and eat it the next day for lunch or dinner. You can also order an entrée with the intention to eat half and bring the rest back home--it will cost you more initially, but dividing the cost in half between two meals will save you money in the end.

If there's something on the menu you really want but the price is way too high, ask if portion sizes are big enough to be shared. You'll end up cutting the price in half.

If you're planning on drinking alcohol while dining out, places that allow you to bring your own are an easy way to save. You won't get overcharged for drinks that the restaurant serves, and you can spend as much money as you want beforehand when purchasing it.

A glass (or two) will cost you, especially since restaurants can charge however much they want per drink. Opting to not order alcohol in addition to your food is a big money saver.

Many restaurants will offer deals for interacting with them on social media. Something as simple as "liking" their page, "mentioning" them on Instagram or Twitter, or even sharing a post of theirs can result in big discounts.

If you're out to eat with a big group of people, you can end up overpaying when you split the check evenly. Ordering separate checks ensures that everyone pays for exactly what they ordered, instead of having to pick up the bill for someone else's expensive entrée.

Vanamee consulted experts to estimate the "happiness number" for a hypothetical, wealthy, non-working couple in their forties with two teenage kids in an expensive private school in New York City. They live in a park-side Fifth Avenue apartment, buy art, take private jets, donate to charity, and have a household staff — a chef, driver, and housekeeper — plus two vacation homes. They're also setting aside $25 million for each child to inherit.

An analyst from U.S. Trust estimated the hypothetical couple would need to have a net worth of $190 million to sustain this lifestyle.

Here are some of the costs considered in the estimate:

Other experts peg the happiness number at around $100 million.

"[Billionaires] view $100 million as the starting point for real money. They call it a hundy. Like, 'Oh, they made it, they have a hundy,'" Richard Kirshenbaum, New York Observer columnist and author of "Isn't That Rich? Life Among the 1%," told Town & Country. Kirshenbaum says the estimate isn't his own, but came from several billionaires he's interviewed.

But Robert Frank, wealth editor at CNBC and host of "Secret Lives of the Super Rich," said "the number is less relevant than how you earned it and what you're doing with it."

Still, having money doesn't alleviate all anxieties. In fact, it often gives way to new anxieties and worries that are unique to those flush with cash.

"I still feel, to some extent, that I don't have enough money," said Thomas Gallagher, a multimillionaire quoted by The New York Times. "Emotionally, I don't come from money; I got very lucky on Wall Street. I've been dealing with a myriad of psychological issues since I retired. I have more money than I had ever imagined, but I still worry — do I have enough, if I live longer than I thought?"