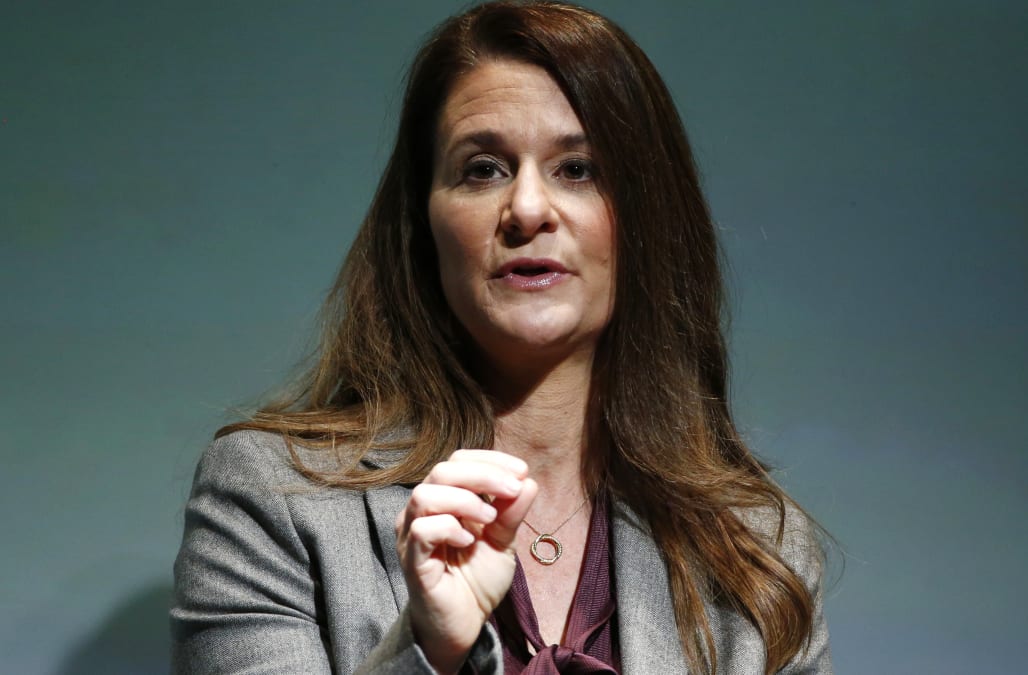 Melinda Gates is adding her voice to the many women across the world speaking out about sexual harassment.

The philanthropist and co-founder of the Bill & Melinda Gates Foundation published an op-ed for Time on Monday to weigh in on the sexual harassment women face in Silicon Valley and the workplace in general, and reflecting on the immense power of the two short words that started a movement: "Me Too."

More from Mashable: Bill Gates pledges $100 million of his own fortune to fight Alzheimer's

In the op-ed, titled: "'Me Too, Me Too, Me Too' Is Changing the World," Gates discusses the struggles women continually face with regard to sexual harassment, noting that while 2017 has been challenging, it's also been a remarkable time for women speaking up.

"2017 is proving to be a watershed moment for women in the workplace and beyond. Instead of being bullied into retreat or pressured into weary resignation, we are raising our voices — and raising them louder than ever before," she wrote. "What’s more, the world is finally listening."

Gates touched upon her own experiences in speaking with women around the world over the last two decades, and admitted that though the stories differ, the sentiment of each woman remains unchanging. "From board rooms to presidential palaces to mats spread on the ground in the world’s poorest villages, the message from women is the same: Me too.Me too.Me too."

Though Gates acknowledged that nearly every industry is impacted by sexual harassment, she shared her dismay at how prevalent the issue has become in Silicon Valley.

"It’s disheartening to think that Silicon Valley today, in some ways the most innovative place in the world, is in other ways almost half a century in the past," Gates wrote, explaining that according to last year's Elephant in the Valley study, 60 percent of women in tech experienced unwanted sexual advances.

RELATED: Melinda Gates through the years

Gates shared words of solidarity to the women of the world, reminding everyone that a person who tries to discourage women from thinking for themselves, having ambitions, or seeking an extraordinary career is in the wrong.

"So let’s be very clear," she wrote. "Anyone who attempts to excuse any mistreatment of women by saying 'what’s acceptable has changed' is missing the point entirely. Discrimination, harassment and rape have never been acceptable. They’ve just been accepted."

The philanthropist closed her piece by saying that while horrifying, the abundance of sexual assault allegations that've come to light this year leave her hopeful.

"In 2017, we now expect something better than what has always been accepted," she said. "By raising our voices, we protect each other."

You can read the full article here.

More from Mashable:
Bill Gates pledges $100 million of his own fortune to fight Alzheimer's
How to read hundreds of books next year
Finally, a startup that takes reporting sexual harassment seriously