These are the best airlines in the world for 2018 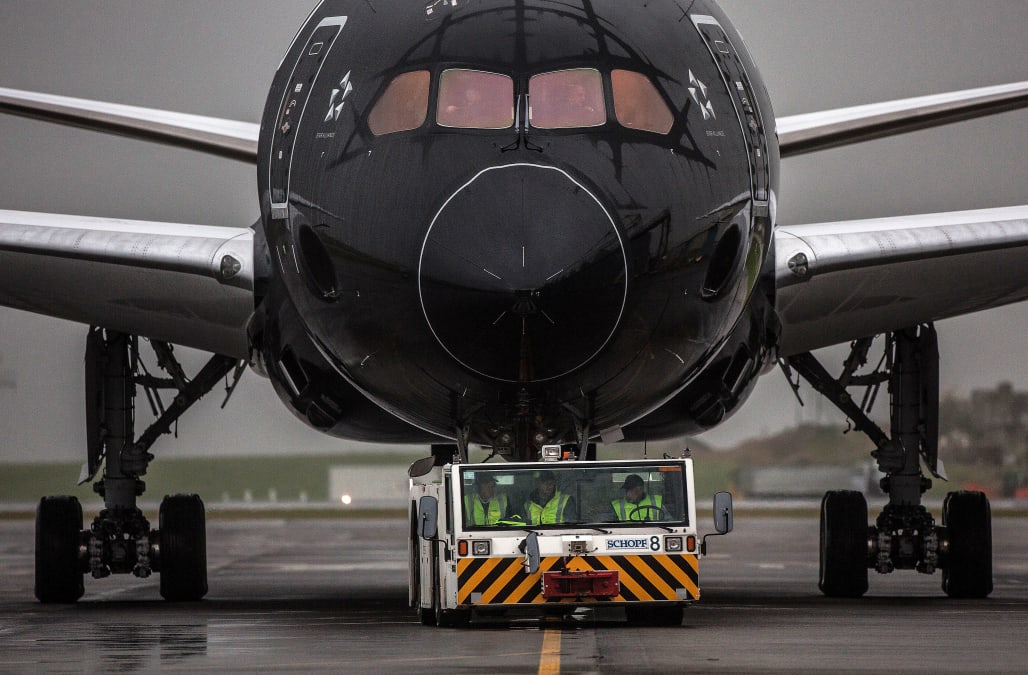 For the fifth year in a row, AirlineRatings.com has named Air New Zealand as the best airline in the world.

"Air New Zealand is being honored for the fifth consecutive year for its continued record-breaking financial performance, in-flight innovations, environmental leadership, young fleet and motivation of its staff," AirlineRatings.com editor-in-chief, Geoffrey Thomas wrote. "These factors have stamped the airline as an industry trendsetter."

While other airline review sites look exclusively at the consumer-facing aspects of the industry, AirlineRatings.com takes a more holistic approach to airline evaluation.

To find the best airline in the world, the Aussie airline safety and product review site's veteran team of eight editors settled on 13 criteria which they believe represent the "heartbeat of the airline."

They include: product rating, safety rating, passenger reviews, fleet age, profitability, whether the airline offers premium economy, whether it offers flat bed seats in business class, does the company hold an investment grade rating, its performance on environmental report, does it have labor issues, has it been involved in any serious incidents, is the airline an innovator, and it must be a top 50 ranked airline.

Based on those criteria, the editorial team selected their picks for the top 10 airlines in the world. Here they are:

10 PHOTOS
Best airlines in the world for 2018
See Gallery

Best airlines in the world for 2018

10. Japan Airlines: Of Japan Airlines, Thomas wrote, "The airline continues its rebuild from the dark days of its financial collapse in 2010-11. The airline today is leaner and bears little resemblance to its former self. Its product is outstanding and it has a modern fleet."

9. Cathay Pacific: "The airline has had a tough year as it adjusts to a wave of new competitive threats both in Hong Kong and from greater China," Thomas wrote. "However, the fundamental product is excellent."

8. Korean Air: "Quite possibly the greatest turnaround story in aviation," Thomas wrote. "From a pariah in the industry in 2000 to an airline of first choice today, Korean Air continues to impress."

7. All Nippon Airways (ANA): "Another outstanding year from ANA and the operation just gets better," the veteran aviation journalist wrote. "We predict that on current trends it will be a major contender for the top honor next year."

6. Etihad Airways: "While the airline has had horror year of write-offs they do not relate to the core airline itself," he wrote. "Etihad also has an outstanding in-flight product. Now that the financial turbulence is behind them the judges say the airline will press for the top honor next year."

5. Virgin Atlantic Airways: Of Richard Branson's flagship airline, Thomas wrote, "As with Virgin Australia, the comprehensive product offering and passion of crew are clear winners. The airline has great energy which comes through in the passenger satisfaction scores."

4. Virgin Australia: "Possibly some will question its position at number four but the judges noted that its long-haul economy and business products are superb," Thomas wrote. "The cabin crew are also in a class of their own and really put the gloss on the great product."

3. Singapore Airlines: "The airline’s latest upgrade of its A380s came too late to be considered for this year’s awards but it will press for the top honor next year," He wrote. "However, we are yet to hear what the rollout is across the fleet for the new frills."

2. Qantas: "The airline under CEO Alan Joyce continues its transformation and has become the darling of the stock market with its share price climbing from $0.76 ($0.99 AUD) cents to peak at $4.88 ($6.39 AUD) over the past six years," Thomas wrote. "It has also become the darling of flyers with its approval ratings at all-time highs."

1. Air New Zealand: "We increased our criteria from 9 to 13 key areas this year but Air New Zealand still come out in front," the AirlineRatings editor-in-chief wrote. "The airline just continues to lead the pack. Certainly, it does not have First Class nor dedicated Business Lounges like Qantas but for the overwhelming majority of passengers its flying proposition is a winner."