Why Austin, Texas is Amazon's best choice for its $5 billion HQ2, according to the data 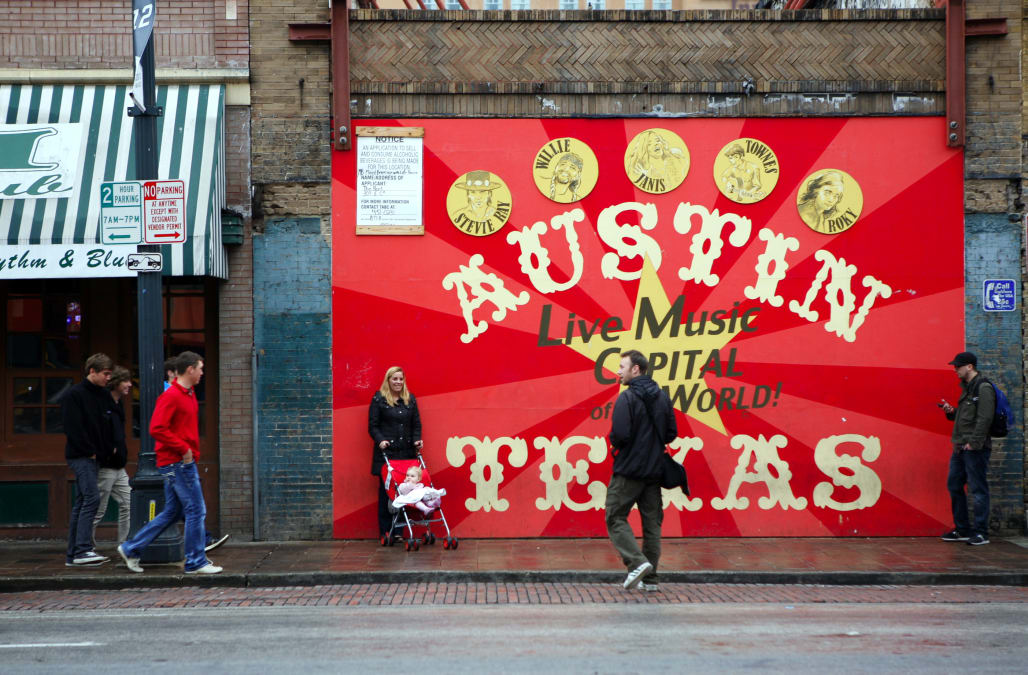 Austin is the spot.

The quirky tech hub in the middle of Texas has emerged as a top pick for Amazon's new headquarters, according to an analysis by Moody's.

The analysts looked at a number of factors, including the business environment, real estate prices, tax rates, energy costs, quality of life, the workforce's level of education, and the efficiency of the public transportation system.

Factoring all that in, Austin — where several hundred Amazon employees already work — came out on top.

For its second home, Amazon has said that it is looking for a friendly business environment, a site with proximity to roads and transit, and space for up to eight million square feet of offices. It also requires the site to be near a population center of at least one million people and to be within 45 minutes of an international airport. Amazon has stated that state and local tax incentives will be a major factor in deciding which city gets HQ2.

Amazon said that it received proposals from 238 cities and regions that are in competition for the company's new HQ, which is expected to bring 50,000 jobs and $5 billion in investments to the winning region. Bids were due October 19.

Here are some of the reasons why Austin looks like the top choice.

Why Austin, Texas is Amazon's best choice for its new headquarters

Texas is considered a business-friendly state, and officials have said it will offer incentives to Amazon. Austin itself has said that it may rely less on large incentives to lure corporations there in the future, but city officials have not said publicly whether Amazon will be the exception.

Austin has a much lower cost of living than other tech hubs like San Francisco and Seattle. According to Nerdwallet, the median rent for a two-bedroom apartment is $1,184 a month, compared to Seattle's $2,069 and San Francisco's $3,519.

Austin is already a well-known tech hub. Previous incentive packages have brought giants like Samsung and Apple to the city through what has become known as the "tech pipeline."

Austin's population has steadily grown. It now counts over two million residents in its metro area, a startling 20% increase from the 2010 census.

Amazon has said that it's looking for a site close to an international airport. Austin-Bergstrom International Airport is located just five miles from the city's downtown. Opened in 1999, it's now the third-busiest airport in Texas and the 35th busiest in the country. It has routes to 64 destinations across mostly North America and Europe.

With the University of Texas in Austin, employers have access to a well-educated recruiting base. According to a recent survey, 43% of Austin's workforce has completed college or a higher level of education. The tech sector, especially, recruits from UT Austin's well-respected computer science department.

Austin has a sizable bus network, but only a single light-rail line. That's it for mass transit, which was one stipulation for Amazon's HQ2.

Tech has played a role in local politics. Last year, Austin imposed new rules for fingerprinting drivers. The policy initially ran Lyft and Uber out of town, but it was reversed by a new state law that superseded the city ordinance. The two services came back this year.

Austin is also the site of the headquarters of Whole Foods, the grocery chain that Amazon acquired for $13.7 billion earlier this year.

Austin has plenty of culture, which could help lure in prospective talent. It's the site of SXSW, the annual art, music, and technology festival that brings in visitors from around the world. It's also the site of the music festival Austin City Limits.

Austin also has a strong food culture and is famous as the birthplace of Torchy's Tacos, a Texas favorite.

There's also BBQ that's so good, people are willing to wait in line for hours to try it. Franklin BBQ is among the most famous.