Do you need a Millennial mentor? Get ready for the latest fad to hit corporate America 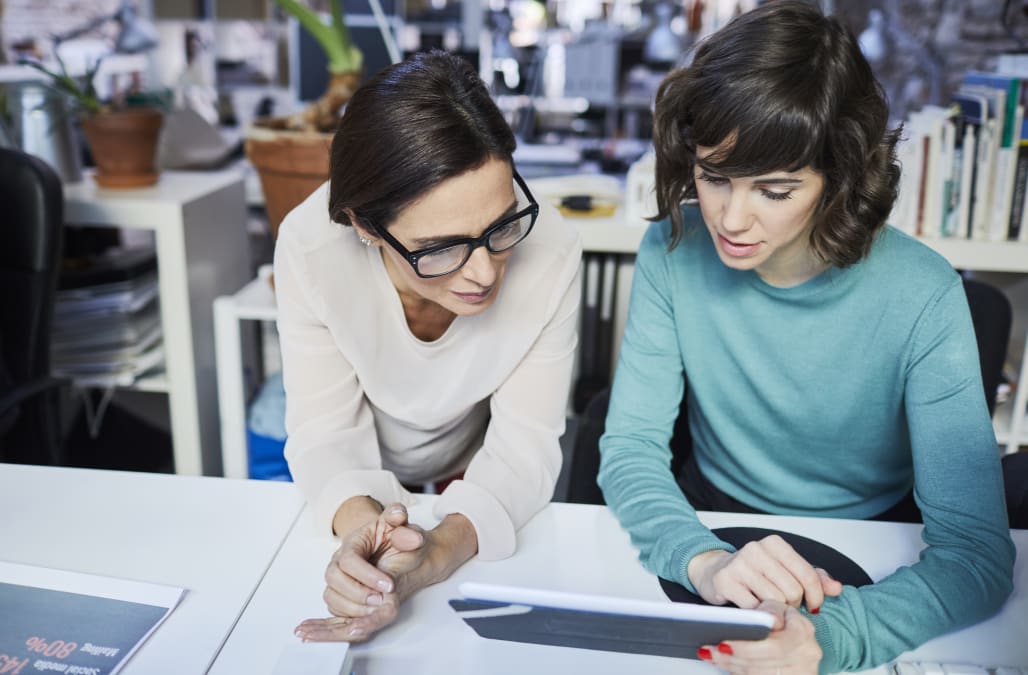 While some people in the workforce love to disparage the Millennial generation — echoing complaints about young employees that have been bandied about by older workers since time immemorial — others are looking to the most recent additions to corporate life to help companies survive.

So-called "millennial mentors" have been advising everyone from longtime staffers to CEOs at companies including SoulCycle, Lloyd's of London and Mastercard, according to the New York Times. The reverse mentorship helps provide insight into how to reach young customers as well as how to retain young staffers in the workplace — and can allow young workers to give a fresh perspective on the industry that their veteran counterparts lack, according to the Times.

Careers with the highest job satisfaction:

This is particularly true for keeping pace with lightning-fast changes on social media platforms, online shopping trends, and other internet-specific skills that can be more intuitive for digital natives than for those in older generations, experts say.

"It's a pretty smart thing for them to do," Malcolm Harris, author of the soon-to-be-published book "Kids These Days," tells the Times. "If you can't get a 25-year-old to run your company, you can at least tell people your C.E.O. is talking to 25-year-olds."

While the idea of pairing up workers across generations to swap best practices is not new — former General Electric CEO Jack Welch paired up 500 executives with younger employees to learn how to use the then-nascent internet, of the idea still divides some workers, who took to LinkedIn to weigh in.

Opinion on millennial mentors is split

"If you are out of touch with your market, and you're a leader of your company, then I feel you should resign and let the younger, more tech-savvy executives take your place," Charles Wagner wrote on LinkedIn about the idea.

"It just further fuels their egos and the misunderstanding that they should not respect their elders," Matthew Kern added on LinkedIn.

Some business experts cautioned that execution is everything — since some older workers might rankle at being told what to do by someone more than half their age.

"The actual matching of junior employees with senior employees needs some strategic thinking," Danielle van Jaarsveld, an associate professor at the University of British Columbia's Saunder School of Business, told the Globe and Mail.

But others rallied behind the idea.

"I think this is fantastic. A true mentor relationship should be a two-way street anyways. This idea can help build connections and deepen cross-functional integration throughout an organization," Hailey Casper wrote on LinkedIn.

Netflix's former head of HR, Patty McCord, refused to abide millennial bashing when she was at the company, according to Quartz.

"People want to have conversations about millennials and I don't like to talk about it. I think it's stupid," McCord said on the podcast Friction with Bob Sutton. "You were a millennial, I was a millennial ... It's called being young, being early in your career. What do you want? Everything. When do you want it? Now."

More from The Ladders:
5 words upper-level Fortune 500 employees use to stand out on LinkedIn
Eight habits of highly emotionally intelligent people
Ten uncomfortable deeds that will pay off forever