Why Amazon’s new $5 billion headquarters may ruin your city 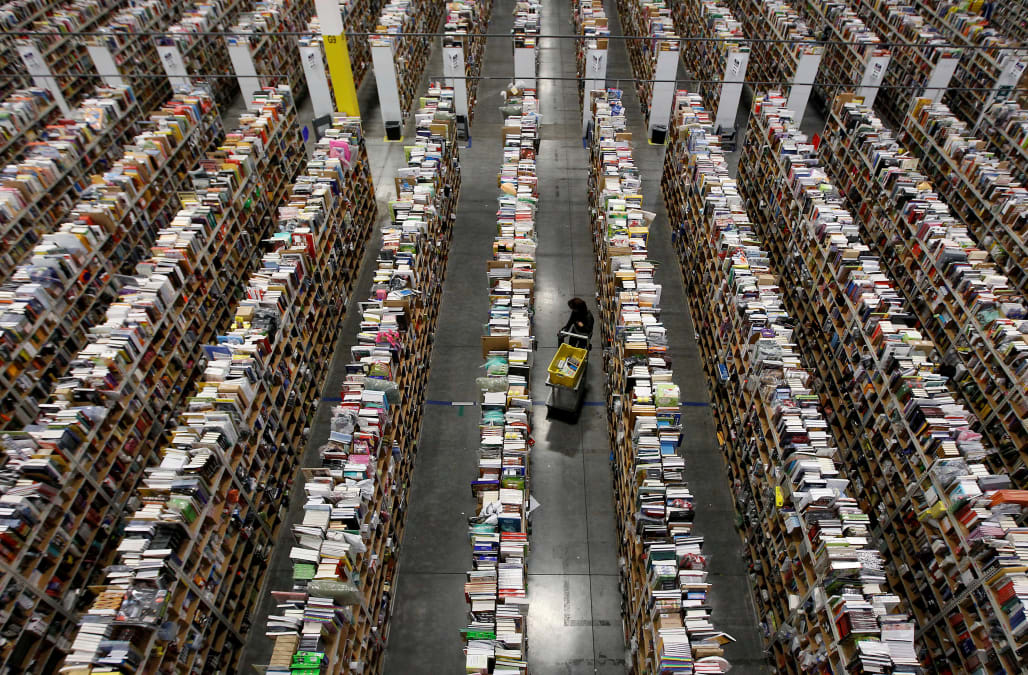 There may be a few good reasons not to add your city to Amazon's shopping cart.

Formal bids in the nationwide search for Amazon's second headquarters are due Thursday, and cities have been pulling out all the stops to attract the $479 billion retail behemoth. From the 21-foot cactus that Tucson, Arizona, shipped to Amazon's Seattle headquarters, to the giant Amazon packages that Birmingham, Alabama, placed around its city center, the nation's mayors, residents and business leaders clearly believe that having one of the world's most valuable companies move into town is a golden ticket to economic prosperity.

But although the $5 billion project is sure to inject billions of dollars into the local economy and provide work for thousands of residents, some economists are warning that hosting the retail giant could bring on some equally giant headaches.

Cities in the run for Amazon's next $5 billion headquarters

Cities in the running for Amazon's next headquarters

"It feels like 'Willy Wonka and the Chocolate Factory,'" Mark Zandi, chief economist at Moody's Analytics, told NBC News. "It's a real prize, but they're going to need to be very disciplined. It's a big deal, a big project with lots of moving parts."

While residents of the chosen city will likely reap the benefits of high-paying jobs and skyrocketing property values, they may also have to contend with some pain points as Amazon gets settled.

"It's a big construction project, and all large projects can be a bit of a nuisance to the existing residents," Zandi said of the proposed eight-million-square-foot headquarters.

For a start, that means an influx of construction workers and materials coming to and from the site. This will raise the cost of labor for other businesses, Zandi said, since Amazon will be competing for workers.

"People will move in to take the jobs, but it will probably put pressure on other businesses in the community who have the same labor pool," he said. "Some businesses might not be that excited."

Traffic patterns in the chosen city will also be forever changed as thousands of workers commute to and from the new headquarters. Amazon is targeting metropolitan areas with more than one million people and within a 45-minute drive to an international airport.

"There could be all kinds of traffic problems associated with a burst of construction and a change in location of employment," Gary Burtless, an economist at the Brookings Institution, told NBC News.

And, while traffic jams may already be a way of life in cities like Phoenix and Chicago, they're "the kinds of problems cities like Buffalo and Rochester and St. Louis dream of having," he said, noting that these are "problems of prosperity."

However, Tom Kucharski, president and CEO of Invest Buffalo Niagara — which is launching a joint bid with neighboring Rochester — said he sees the benefit of Amazon choosing a city looking for a resurgence.

"The benefit we have is, through the structural reordering of industries over the past 100 years, we have infrastructures that can accommodate new investments in rail, airports can ramp up greater service," Kucharski said. "Where a lot of other communities may struggle with housing and workforce, we are sitting here ready for this opportunity."

SEE ALSO: Walmart and major retailers are reportedly teaming up to create an 'online mall' and take on Amazon

As the window comes to a close this week, 73 community groups from around the United States signed an open letter to Amazon CEO Jeff Bezos asking for the company to make some commitments to the cities under consideration.

"We love jobs, we love technology, and we love convenience — but what you’re looking for will impact every part of our cities," the letter said. "We built these cities, and we want to make sure they remain ours."

The signatories want promises from Amazon on everything from transparency and taxes to jobs and housing.

That means asking for commitments on affordable housing, a promise to hire locally for construction jobs, and pledging to pay property taxes and sales tax on HQ2 building materials, and declining to sell its corporate income tax credits to other companies.

“We need to make sure that Amazon commits to clear and enforceable benefits to any community they would move into," said Dorian Warren, vice president of the Center for Community Change, a national community organizing group.

"This means, among other things, a commitment to hire locally for the many jobs that will be created, taking proactive steps to avoid gentrification and displacement of poor and working class residents, and to pay their full taxes like the rest of us," he said.

For some homeowners, when big technology companies move into town, it can be like winning the jackpot as housing prices skyrocket.

Home values in Seattle, the site of Amazon's sprawling and still expanding original headquarters, have jumped more than 11 percent in the last year compared to a 6.9 percent annual average, according to Zillow.

But for renters, the housing boom can be a nightmare, driving lower income people farther outside of town.

Seattle rents jumped 7.2 percent, according to the same index, well above the national average of 1.2 percent.

It's something Silicon Valley is also being forced to consider. In the tech-focused San Francisco Bay area, many police officers, teachers, firefighters, and other professionals essential to keeping a city safe and thriving have already been priced out and are instead forced to commute into the city where they work.

The Chan Zuckerberg Initiative, the charitable foundation that Facebook CEO Mark Zuckerberg co-founded with his wife, Priscilla Chan, has already donated $3.6 million to help with the San Francisco housing crisis.

While Burtless said this is the kind of opportunity that keeps local development offices "salivating," San Antonio Mayor Ron Nirenberg and Nelson Wolff, a Bexar County judge, announced in an open letter to Bezos why the Texas city isn't submitting a proposal.

"Blindly giving away the farm isn’t our style,” they wrote in the letter. “It has to be the right fit, not just for the company but for the entire community."

While they were complimentary of Bezos and Amazon, the city's leadership ultimately decided their mix of real estate and incentives wouldn't make them the most attractive candidate for Amazon, according to a statement given to the San Antonio Business Journal.

In fact, Nirenberg even believes Amazon already has its mind made up — but isn't saying just yet.

"We've long been impressed by Amazon and its bold view of the future," he wrote. "Given this, it's hard to imagine that a forward-thinking company like Amazon hasn't already selected its preferred location."

Either way, it's not likely that the final answer will be announced any time soon. After Thursday's bid deadline, Amazon may take a year to announce its decision.

"This is about as big of a project I can ever remember," Zandi said. "There will be growing pains, but it will be well worth it, I am sure. I don't think any city would go wrong if Amazon chose their site for expansion."

Look no further than what Amazon did for Seattle: The company's investments in the city from 2010 to 2016 added $38 billion to the city's economy, according to data provided by Amazon.

Or, to put that in simpler terms: For every $1 Amazon invested, the company said it added $1.40 to the local economy.

While each city has made its own particular case, Moody's scored the competing cities in five categories: business environment, human capital, cost, quality of life, and transportation and geography.

Using a data-driven approach, it found Austin, Texas, was in first place, with Atlanta a close second. Philadelphia, the Rochester-Buffalo joint bid, and Pittsburgh rounded out the top five.

Ultimately, the winning factor will likely be the goodwill of residents, said Zandi.

"Amazon wants to be welcomed by the community. If there are people protesting or objecting, I would think it would have an impact on Amazon's location decision," he said. "They want to make sure the community wants them as much as they want to be there."