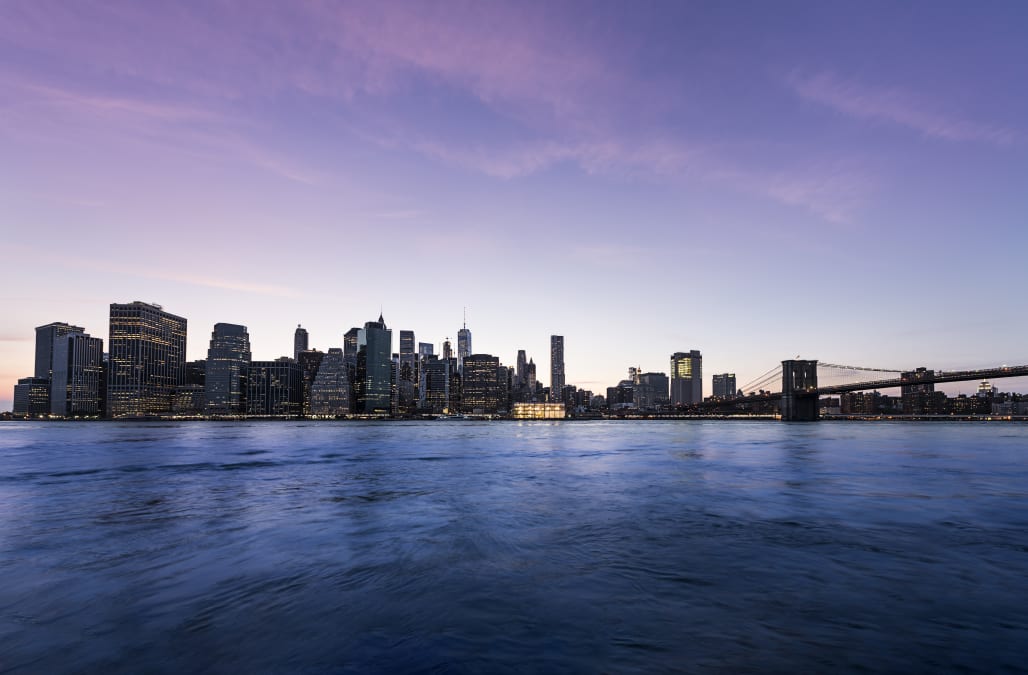 Those orange lights aren't for Oktoberfest or Halloween.

New York is painting the town "Amazon Orange" in support of its bid to be the host of Amazon's future second headquarters, according to a tweet from Politico reporter Gloria Pazmino‏, who cited the mayor's office.

Bids for the company's $5 billion headquarters are due to Amazon on October 19.

Landmarks including the Empire State Building, some bridges, and One World Trade Center will all turn orange at 9 p.m. on October 18. Billboards and the LinkNYC wireless internet screens in some neighborhoods will also turn orange.

Alicia Glen, the city's deputy mayor in charge of economic development,told Bloomberg in September that the diversity of the city's economy and industries — as well as the desire of many young people to work in the city — are enough to lure Amazon without big financial incentives.

"Kids want to work in NYC. They don't want to be in a suburban office park," she said.

Shoppers at dollar stores care about price and location more than anything else. While Amazon is making efforts to improve shipping speeds from its warehouses and from its third-party suppliers, it can't beat the prices that dollar stores offer. And at $99 each year, Prime is not feasible for those on a tight budget.

Though Amazon can deliver auto parts quickly and affordably, they don't have the connections to dealerships that auto part companies like AutoZone have. Auto part shoppers also prefer the expertise provided by dedicated auto part retailers, which Amazon can't match.

While some home shoppers are willing to buy furniture online without seeing it in person, others prefer home furnishing stores that allow them to get a better sense of how a couch or dresser might look in their home.

Like home furnishing retailers, beauty companies like Sephora have the advantage of brick-and-mortar locations where customers can try different products before choosing their favorite. They can also offer advice on which products might be best for a given customer.

This response is surprising given Amazon's recent acquisition of Whole Foods, but some investors think it may take Amazon longer to dominate the food retail industry than it hopes. Whole Foods' high prices have long been a drawback for more budget-conscious shoppers, a problem that Amazon's recent price-cutting efforts may not be able to solve.

When it comes to buying everyday household products, consumers often don't plan ahead, waiting until they run out of toothpaste or paper towels before buying more. This means that they often need to buy household products immediately and will choose the nearest available store where they can do so.

The infrastructure needed to run a successful phone, cable, or internet service company would make a potential investment into telecommunications difficult, even for a company with Amazon's vast resources.

When homeowners need to repair, paint, or remodel their homes, being able to consult with an expert without paying a contractor's steep fees is an attractive option. For those who prefer help for this kind of project, major home improvement companies like Home Depot provide the brand-name reliability that individual contractors can't match. Amazon attempted to take over the home improvement industry with Amazon Local Services (which was later renamed Amazon Home Services), but it never took off.

Since then, the city has solicited numerous bids for sites around the city to host the headquarters. Amazon has also since announced a new fulfillment center on Staten Island and a new 360,000-square-foot office that will be part of the Manhattan West megadevelopment.

SEE ALSO: These 10 cities have the best chance of getting Amazon's $5 billion headquarters, according to the data