IBM catapults Dow Industrials to close over 23,000 for first time 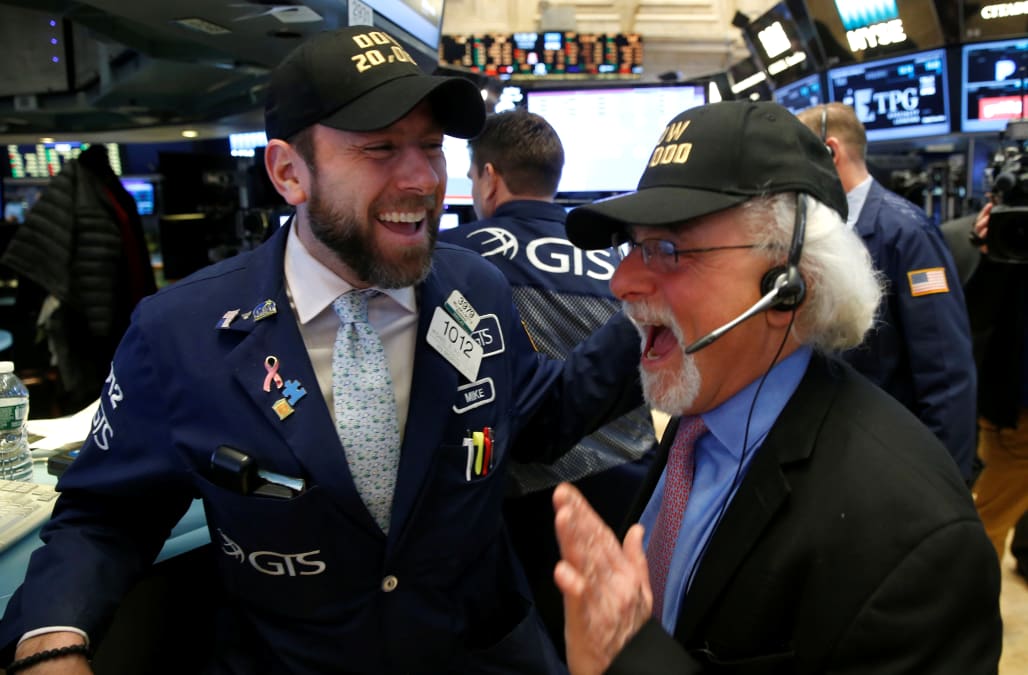 NEW YORK (Reuters) - The Dow Jones industrial average closed above the 23,000 level for the first time on Wednesday, driven by a jump in IBM after the computing giant hinted at a return to revenue growth.

"Retail investors continue to pour into the marketplace, and with each headline about a new record, and especially round numbers like that, people tend to feel like they're missing out and you kind of suck more people into the market," said Ian Winer, head of equities at Wedbush Securities in Los Angeles.

"Ultimately, the only way you're going to top is by getting everybody all in. And we're getting close."

The Dow had briefly surpassed the all-time peak on Tuesday but closed just shy of it.

Shares of IBM, which beat expectations on revenue, jumped 8.9 percent and accounted for about 90 points of the day's 160 point-gain in the blue-chip index.

Solid earnings, stronger economic growth and hopes that President Donald Trump may be able to make progress on tax cuts have helped the market rally this year.

"Today the catalyst is clearly IBM ... which appears to have turned the corner. It gave the Dow the boost to stay over 23,000," said Quincy Krosby, chief market strategist at Prudential Financial in Newark, New Jersey.

Bank shares had run up ahead of recent results, which resulted in some selling following the earnings news, said Quincy Krosby, chief market strategist at Prudential Financial in Newark, New Jersey.

After the bell, shares of eBay fell 4 percent following results.

Advancing issues outnumbered declining ones on the NYSE by a 1.09-to-1 ratio; on Nasdaq, a 1.32-to-1 ratio favored advancers.

About 5.6 billion shares changed hands on U.S. exchanges, below the 5.9 billion daily average for the past 20 trading days, according to Thomson Reuters data.