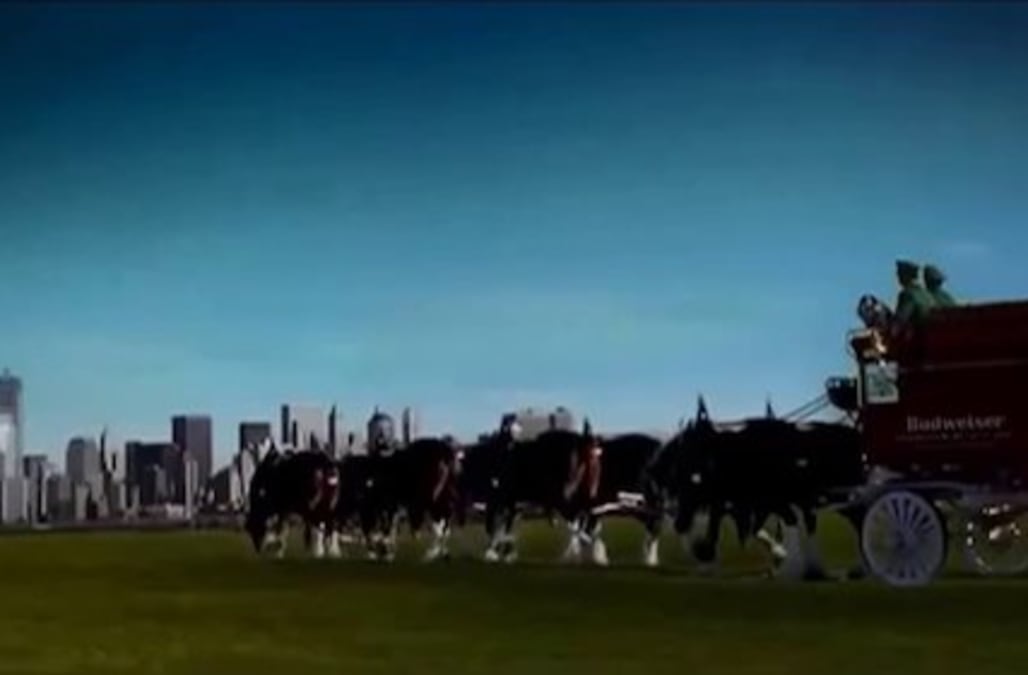 ST. LOUIS (KTVI) --  As the 16th anniversary of the September 11th terror attacks approaches, FOX 2 is looking back at some of the most powerful tributes to the victims over the years.

One of those tributes was an emotional ad featuring the Budweiser Clydesdales. In the ad, the horses honor the memory of the fallen with an unforgettable, breathtaking bow.

The commercial only aired one time during Super Bowl XXXVI on February 3, 2002, but many people have never forgotten it.

Anheuser-Busch's creative team came up with the concept and moved heaven and earth to make the commercial. They had to get approval from members of Congress, the advertising community and from New York Mayor Rudy Guiliani.

"We filmed in New York City," said Bob Lachky, former executive vice president of Anheuser-Busch Global Creative. "We had a helicopter going over the Brooklyn Bridge. Mayor Giuliani let us into the city -- the only film company of any sort right after 9-11. To actually come into air space with our helicopter to film the Clydesdale... the hitch coming into Battery Park and it was amazing...just amazing."

It was amazing, especially considering how New York was a city still hurting. And yet a St. Louis-based company, touched by the pain of the worst act of terrorism on U.S. soil, took a risk to help one of our favorite cities and our nation heal.

The company's logo is absent throughout the entire video until the very end.

Budweiser did air an updated version of the commercial on September 11, 2011, the tenth anniversary of the attacks -- however the original commercial (below) has only aired one time.