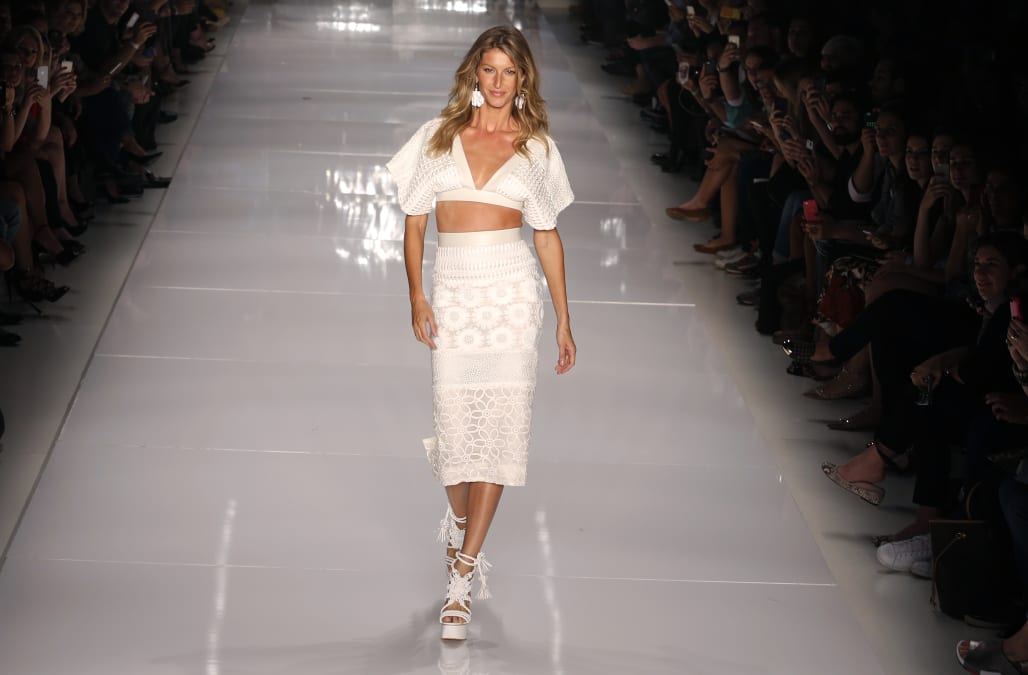 Over the next few days, hundreds of well-dressed models will descend on Manhattan as New York Fashion Week kicks off Thursday and runs through Wednesday, September 13.

But appearances can be deceiving. While many models have closets filled with expensive clothes — often received as payment for their work — most do not have bank accounts to match.

In New York, models earn $48,130 on average, according to the Bureau of Labor Statistics. That's only a third of the average annual Manhattanite salary of $144,716.

Those who manage to become household names — like Gisele Bündchen, Kendell Jenner, and Gigi Hadid — command much higher rates. The 20 highest-paid models made a collective $154 million last year, according to Forbes. Last year, 36-year-old Bündchen took the top spot, earning $30.5 million. Jenner, who has over 83 million Instagram followers, made $10 million, and Hadid was close behind with $9 million.

For others in the industry, which the Council of Fashion Designers of America has said is "in transition," the financial story is much different.

"Models—many of whom are minors—have low bargaining power and are frequently not paid all of their earned wages, are paid wages late, are paid only after complaining about non-payment, are paid in 'trade' instead of money, or are simply not paid at all," former model and founder and executive director of the Models Alliance, Sara Ziff, told The Daily Beast's Miranda Frum last year.

Kelly Mittendorf, 23, who retired from modeling in 2015 after spending five years in the industry, recently spoke to the New York Times about her experience. Here's Mittendorf:

"I never made good money as a model. I went into debt with every single one of my agencies at one point or another. An agency has for each girl an account, and if they need to have the girl come from Arizona to New York in order to build her portfolio, the agency will front the expenses for her plane ticket, for paying the photographers, for printing the photos, for the physical portfolio itself, for the comp cards that need to be developed, for the retouching, for new clothes to go on castings with, for a model apartment for her to stay in."

While there's no guarantee that a model's career earnings will justify the upfront costs, one way or another she is required to repay the agency. In Mittendorf's case, that amounted to five figures of debt.

"I was lucky to kind of be able to climb out of that," she told the New York Times. "It took years."

NOW WATCH: How Gisele Bündchen became the highest-paid supermodel in the world

More from Business Insider:
Here are all the areas in Hurricane Irma's path and when the storm could arrive
Hurricane Irma, one of the most powerful storms ever measured, slammed the Caribbean — and Florida is now on hurricane watch
Hurricane Irma is devastating the Caribbean: Barbuda, St. Martin, Anguilla, and the Virgin Islands have been hit so far

SEE ALSO: A London family is offering their future nanny $129,000 and access to a Maserati

DON'T MISS: Here's how much the highest-paid women in every US state earn