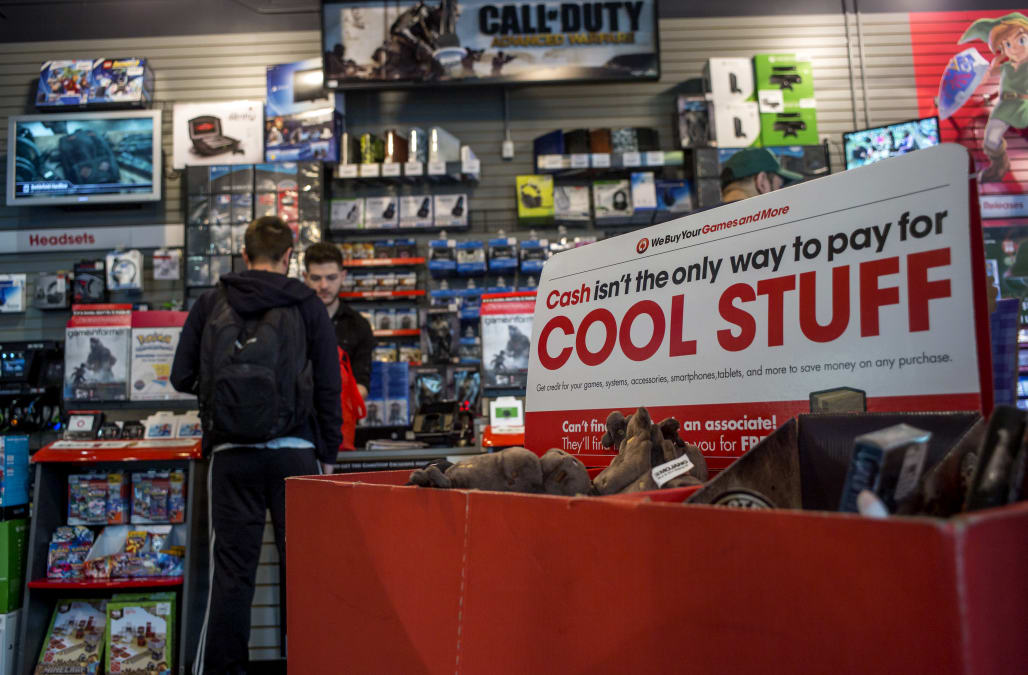 Microsoft's Xbox One isn't getting crushed, but it's certainly not holding its own against Sony's PlayStation 4.

The best estimates we have for a sales comparison put the PlayStation 4 in the lead by somewhere in the vicinity of two-to-one — Sony's got nearly 65 million PlayStation 4 consoles in the wild. The latest update on Xbox One sales comes from the world's largest video game retailer, GameStop, which characterized the console as "lagging" compared to the competition.

In GameStop's second quarter earnings release, the company specifically cited a 14% jump in hardware sales as due to demand for Nintendo's popular new Switch console. On the flip side, the company pointed to "lagging Xbox One sales" as the reason for dips in new software and pre-owned sales numbers.

RELATED: Take a look at how much your old childhood items are worth:

11 PHOTOS
What your old toys are worth now
See Gallery

What your old toys are worth now

Game consoles are, of course, sold in many places other than GameStop. But GameStop is also the largest game retailer in the world by a long shot, with over 6,000 stores around the planet.

Despite "lagging" sales of the Xbox One, GameStop remains positive in its outlook for the upcoming Xbox One X — Microsoft's more powerful, $500 update to the original Xbox One.

The console's main sell point is its ability to play games in full 4K resolution, the next step up in visual fidelity after HD. To this end, a new game in the "Forza Motorsport" series is launching just ahead of the Xbox One X — Microsoft's promising big games like "Metro: Exodus" and "Crackdown 3" in 2018, with 4K support for the new Xbox One.

The Xbox One X launches on November 7. Check out a trailer for the console right here:

More from Business Insider:
'Madden NFL 18' is the most accessible, ambitious 'Madden' game in years
The new 'Uncharted' is the best $40 you can spend on gaming in 2017
Everything we know about the Xbox One X, the $500 game console Microsoft says is the 'most powerful' ever

SEE ALSO: The PlayStation 4 is selling about twice as fast as the Xbox One