Toyota to build new US plant with rival Mazda 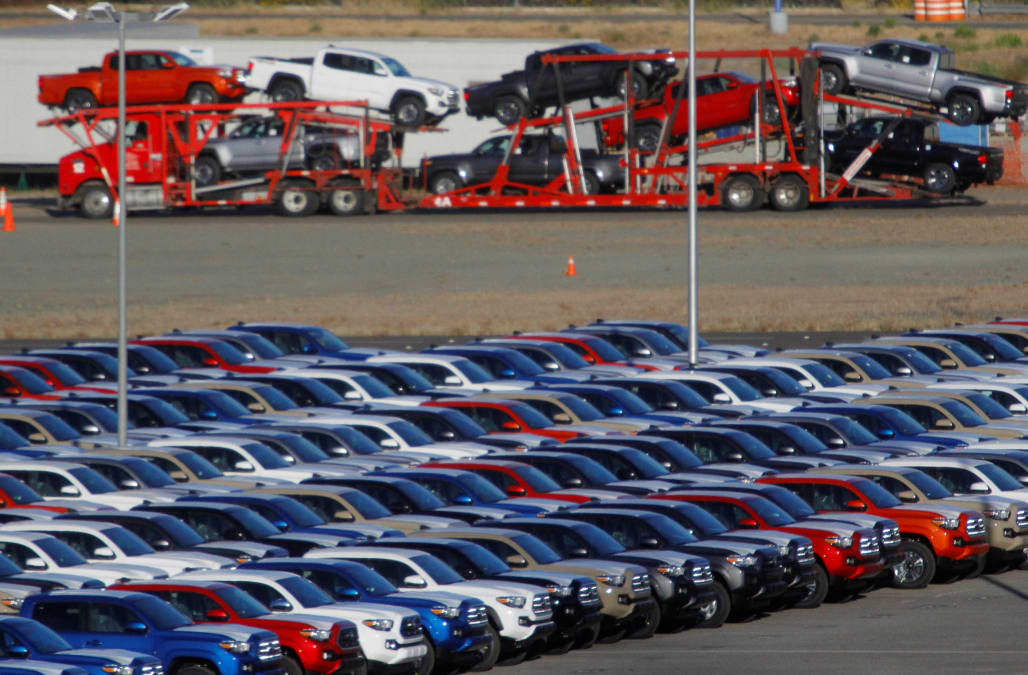 A new auto plant would be a major boost to U.S. President Donald Trump, who campaigned on promises to boost manufacturing and expand employment for American autoworkers.

Japan's Nikkei reported on Thursday that Toyota would take a roughly 5 percent stake in Mazda Motor Corp to develop key electric vehicle technologies and jointly build a factory in the United States.

The deal could be announced as soon as Friday, the newspaper said. (http://s.nikkei.com/2wpAbhk).

The person briefed on the matter, who was not authorized to speak to the media and requested anonymity, confirmed the Jaapanese carmakers were planning to build a large plant in a yet to be determined U.S. location and planned future joint efforts on electric vehicles.

The same source declined to offer further details, however.

Toyota, in a statement, said the two companies have been exploring various areas of collaboration under a May 2015 agreement.

"We intend to submit a proposal to our board of directors today regarding the partnership with Mazda, however, we would like to refrain from providing further comment at this time," Toyota said in a statement issued by its U.S. operations.

Mazda said in statement that "nothing has been decided yet" and added the company "will have a board meeting on this matter today. We cannot comment any further."

A new U.S. assembly plant would likely become the prize in a fierce competition among Midwestern and Southern states eager to expand manufacturing jobs.

Trump in January criticized Toyota for importing cars to the United States from Mexico. The Republican president also threatened to impose a hefty fee on Toyota if it were to build its Corolla cars for the U.S. market at a plant in Mexico.

"Toyota Motor said will build a new plant in Baja, Mexico, to build Corolla cars for U.S. NO WAY! Build plant in U.S. or pay big border tax," Trump said in a post on Twitter.

But since January, Trump has praised Toyota for its U.S. investments. Toyota said in January it plans to invest $10 billion in the United States over the next five years to meet demand.

"We want to be the car capital of the world once again and we are taking steps to achieve that goal," Trump wrote.

The White House declined to comment on the Toyota-Mazda joint venture. (Reporting by David Shepardson in Washington, Joe White in Detroit and Arunima Banerjee in Bengaluru; Editing by Supriya Kurane and Tom Brown)