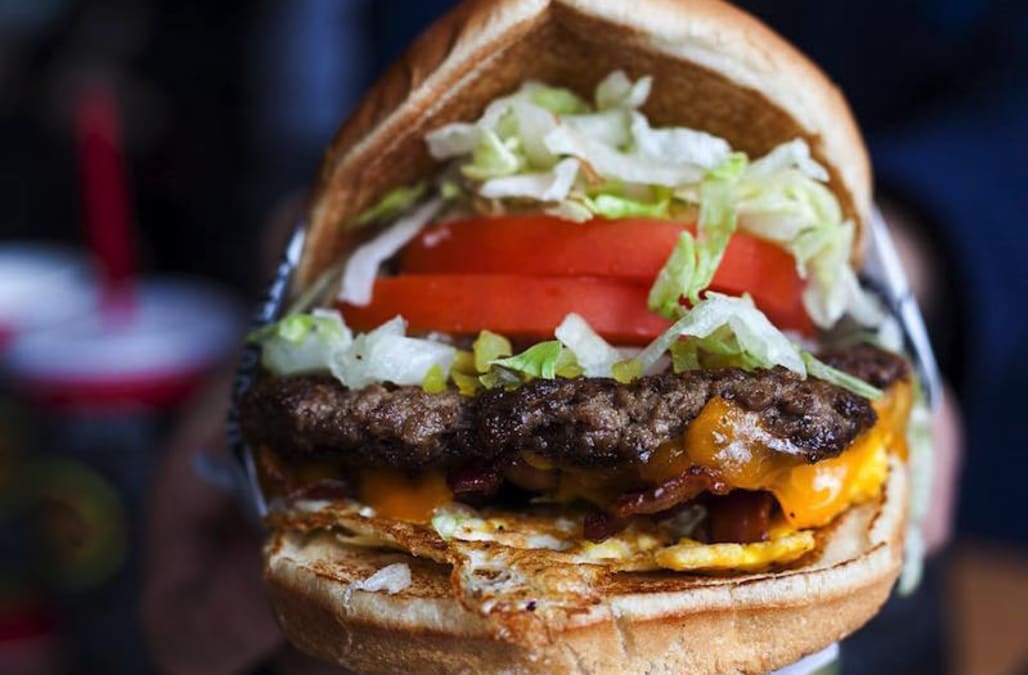 Fatburger is about to dominate the US.

On Thursday, the fast-food burger chain with a cult following on the West Coast announced it was exploring plans to go public. The company is looking to raise $20 million in an IPO and is currently gauging investor interest.

Wiederhorn said that the company is looking to grow the business globally and acquire other fast-casual brands. The parent company of the chain, FAT Brands, also owns Buffalo's Cafe and Buffalo's Express.

Take a look at what to expect at this burger chain:

Fatburger has a cult following on the West Coast, which dates back to 1947 when it was first opened by Lovie Yancey as a hamburger stand in Los Angeles. Yancey borrowed scrap pieces of material from her partner, who was a construction worker, to build the stand.

It was originally called Mr. Fatburger, but when the couple broke up, Yancey dropped the "Mr." Yancey went on to open several locations and gained a loyal following from several celebrities, including Ray Charles. In 1990, she sold it to an investment company, and in 2003, it was acquired by its current owners, Fog Cutter Capital Group.

Today, it has 200 restaurants in 18 different countries, including China, the UK, Canada, and Panama. In the US, the chain has stayed loyal to its West Coast roots — you'll find it in California, Arizona, Colorado, Nevada, and Washington.

Today, the outside of the chain looks more like this.

Inside, it has a retro feel.

The burgers are cooked to order, and you can request to have it on a gluten-free bun. Prices vary depending on the location, but the Original Burger costs around $6. Fatburger prides itself on serving fresh, not frozen, beef.

Sizes range from small to XXXL, which costs $11. Any customer who manages to take on the three-patty XXXL makes it onto the wall of fame.

If you're not a burger fan, there's also a turkey, chicken, and veggie option.

There are also fries and onion rings, which are made from scratch.

The milkshakes have real ice cream in them.

In 2015, the chain partnered with GrubHub to allow customers to have orders delivered. It now also partners with Postmates, UberEats, and Eat24.

Wiederhorn told CNBC that adding the delivery option has boosted sales: "We're seeing double-digit comps in the U.S. with delivery. For us, delivery has just killed it, and in a good way."

In 2011, the parent company bought the Georgia-based, wing-focused Buffalo's Cafe and started to merge the two chains, mixing their offerings. Most of the new Fatburger locations are now co-branded, so you can also buy wings there.

The chain still has a loyal celebrity following.

Even Justin Bieber goes there.

Fast-food junkie Kanye West liked it so much that he bought the rights to open 10 Fatburger locations in his hometown of Chicago. Two locations that he opened closed shortly afterwards.