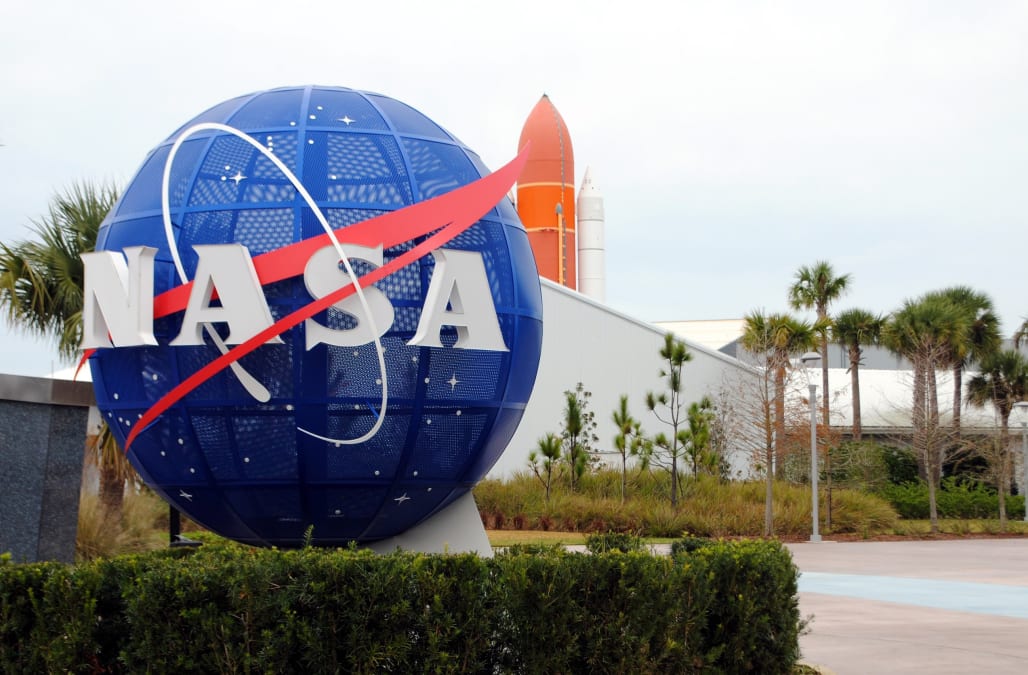 NASA is hiring a planetary protection officer with a salary of up to $187,000. The job was created after the signing of the Outer Space Treaty of 1967. Planetary protection officers are hired to make sure humans don't contaminate planets, moons, and other objects in space. They're also supposed to help prevent any alien microbes that might exist from spreading to Earth. US government scientists work hard to protect the public.

Some researchers study infectious diseases and effective treatments. Others ensure that drugs, food, vehicles, or consumer products live up to their claims and don't harm anyone.

But the concerns over at NASA headquarters are, quite literally, extraterrestrial — which is why the space agency now has a job opening for "planetary protection officer."

The gig? Help defend planet Earth from alien contamination, and also help Earth not contaminate alien worlds that it's trying to explore.

RELATED: Check out these jobs that could make you a millionaire:

A rare and cosmically important position

In fact, only two such full-time roles exist in the world: One at NASA and the other at the European Space Agency.

That's according to Catharine A. Conley, NASA's current and sole planetary protection officer, whom Business Insider has interviewed a couple of times, most recently in March. (Conley and NASA did not immediately respond to our latest questions about her employment status and the open position.)

The job was created after the US signed and ratified the Outer Space Treaty of 1967, and it specifically relates to article IX of the document:

"States Parties to the Treaty shall pursue studies of outer space, including the moon and other celestial bodies, and conduct exploration of them so as to avoid their harmful contamination and also adverse changes in the environment of the Earth resulting from the introduction of extraterrestrial matter and, where necessary, shall adopt appropriate measures for this purpose."

As part of the international agreement's creation, its makers decided that any space mission must have less than a 1-in-10,000 chance of contaminating an alien world.

This is why NASA's planetary protection officer occasionally gets to travel to space centers around the world and analyze planet-bound robots. The officer helps ensure that we don't accidentally contaminate a pristine world that a probe is landing on or, more often, is zooming by and taking pictures of. For example, Congress and the president have green-lighted NASA to explore Europa: an icy, ocean-hiding, and potentially habitable moon of Jupiter. The goal of the initial $2.7 billion Europa Clipper mission is not to land on the moon, though, but to map its surface and look for clues about its hidden ocean and habitability.

Still, there's a chance the robot could crash-land — and that's where someone like Conley comes in to mitigate risk.

The concern also works the other way, most imminently for Mars.

The red planet is a frequent target for NASA because it's oddly similar to Earth. It may have once been covered in water and able to support life, which is why many scientists are pushing hard for a Mars sample return mission, ostensibly to seek out signs of aliens.

While the expectation is not to scoop up freeze-dried Martian microbes — only ancient, microscopic fossils — there's always the chance of an active contamination once those samples hit earthbound labs.

Again, this is where the planetary protection officer and her team come in: They help establish the equipment, protocols, and procedures to reduce such risks.

"The phrase that we use is, 'Break the chain of contact with Mars,'" Conley previously said of her work on such efforts.

No one ever said defending Earth had to be glorious all of the time, though; Conley said a typical week mostly involves a lot of emails and reading studies, proposals, and other materials.

Who qualifies as a candidate

An out-of-this-world job like Conley's requires some equally extraordinary qualifications.

A candidate must have at least one year of experience as a top-level civilian government employee, plus be an expert in "advanced knowledge" of planetary protection and all that it entails.​​​​​​

If you don't have "demonstrated experience planning, executing, or overseeing elements of space programs of national significance," then you may be wasting your time by submitting an application.

The job involves a lot of international coordination — space exploration is expensive and the costs are frequently shared by multiple nations — so NASA needs someone with "demonstrated skills in diplomacy that resulted in win-win solutions during extremely difficult and complex multilateral discussions."

Did we mention the advanced degree in physical science, engineering, or mathematics? You should have that on your resume, too.

The job comes with a "secret" security clearance, and noncitizens aren't technically allowed to apply. (That rule is thanks to an executive order signed by former President Gerald R. Ford in 1976.)

NASA is accepting applications at USAJobs.gov from July 13 through August 14.

NOW WATCH: Stephen Hawking warned us about contacting aliens, but this astronomer says it's 'too late'

More from Business Insider:
This iPhone 7 case has one of the coolest features I've ever seen
Watch NASA test the monster engine that will launch the most powerful rocket in history
NASA has a brilliant plan to make the total solar eclipse last nearly 3 times as long

SEE ALSO: 25 amazing images that prove you're a stowaway on a tiny, fragile spaceship

DON'T MISS: A Russian billionaire has launched the smallest-ever spacecraft into orbit — a key step to reaching a nearby star system