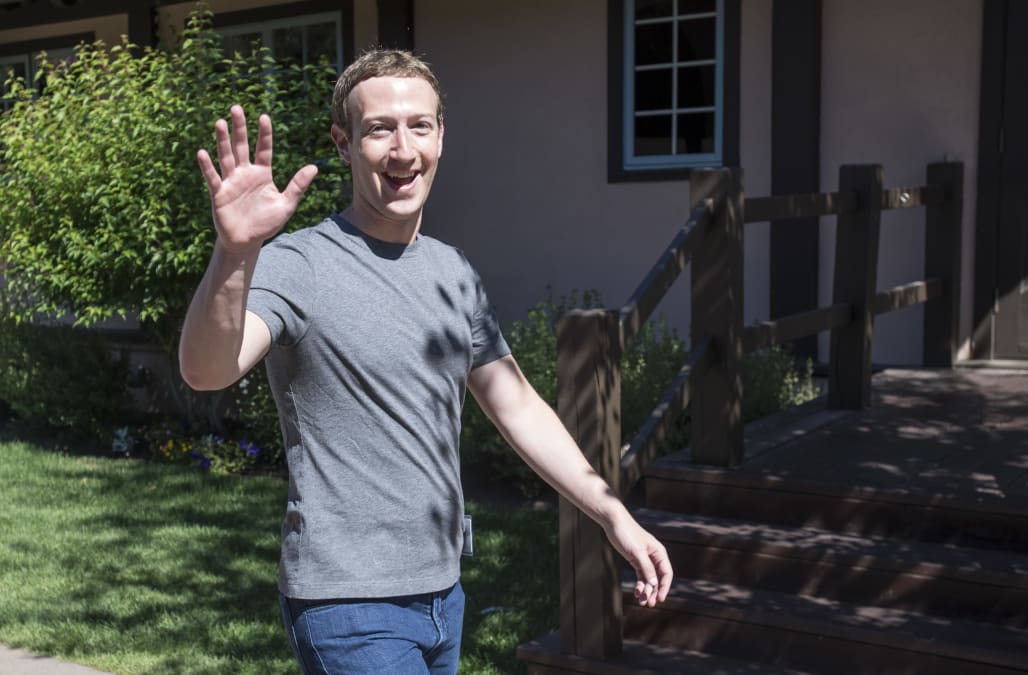 Now that Facebook CEO Mark Zuckerberg has brought nearly two billion people to his site, and become the world's fifth-richest person in the process, he and his wife Priscilla Chan are setting their sites on new arenas — namely, reforms in education, housing, and criminal justice, Axios reports.

Education is by far the biggest American institution Chan and Zuckerberg are set on improving. In 2015, they launched the Chan Zuckerberg Initiative (CZI), a private company that will eventually be used to funnel 99% of the couple's Facebook stock into programs that build or improve schools.

When the initiative was announced, that amounted to a commitment of $45 billion. As Facebook's stock has risen in the two years since, the value has likely grown.

Zuckerberg is most interested in funding personalized learning, an approach that uses technology to help kids work at the speed and difficulty best suited for them. Self-guided instruction plays a big part. Schools that run personalized learning models often give students laptops and tablets to work through problems on their own; teachers only intervene occasionally.

The upside to the approach is kids learn problem solving and gain a fluency with the technology, which proponents like Zuckerberg view as increasingly necessary over the coming decades.

"When our daughter Max was born, Priscilla and I wrote a letter asking if it was possible for children of Max's generation to learn 100 times more than we learn today," Zuckerberg wrote in a May 2016 Facebook post announcing the Education Initiative arm of the CZI. "This isn't as crazy as it sounds."

The biggest effort came well before the CZI was even started, when Zuckerberg donated $100 million to Newark public schools in 2010 to expand the charter school network and overhaul certain policies. The donation was poorly received in the local community, beginning with its announcement on "Oprah" and subsequent complaints from parents and teachers who claimed they were never included in the decision-making process.

Chan has also made inroads into education, becoming the CEO of The Primary School, a special-needs school in East Palo Alto, California. Chan and Zuckerberg chipped in $7 million to help the school get off the ground in late summer 2016, Axios reports.

Other efforts in housing and criminal justice are still in their infancy. The CZI has invested in Landed, a startup that helps teachers find and pay for affordable housing; it also backed Measures for Justice, a tool that gathers big batches of data to let users compare things like jail populations and court fines around the US.

Ultimately, the efforts signal Chan and Zuckerberg are interested in pushing deeper into the philanthropy space.

At least with its initial investments, the CZI appears to be taking a philanthropic path that's most similar to Amazon CEO Jeff Bezos, who has preferred to do social good by supporting private businesses.

NOW WATCH: Elon Musk and Mark Zuckerberg are waging a war of words over the future of AI

SEE ALSO: Jeff Bezos is now the world's richest person — and he could redefine philanthropy