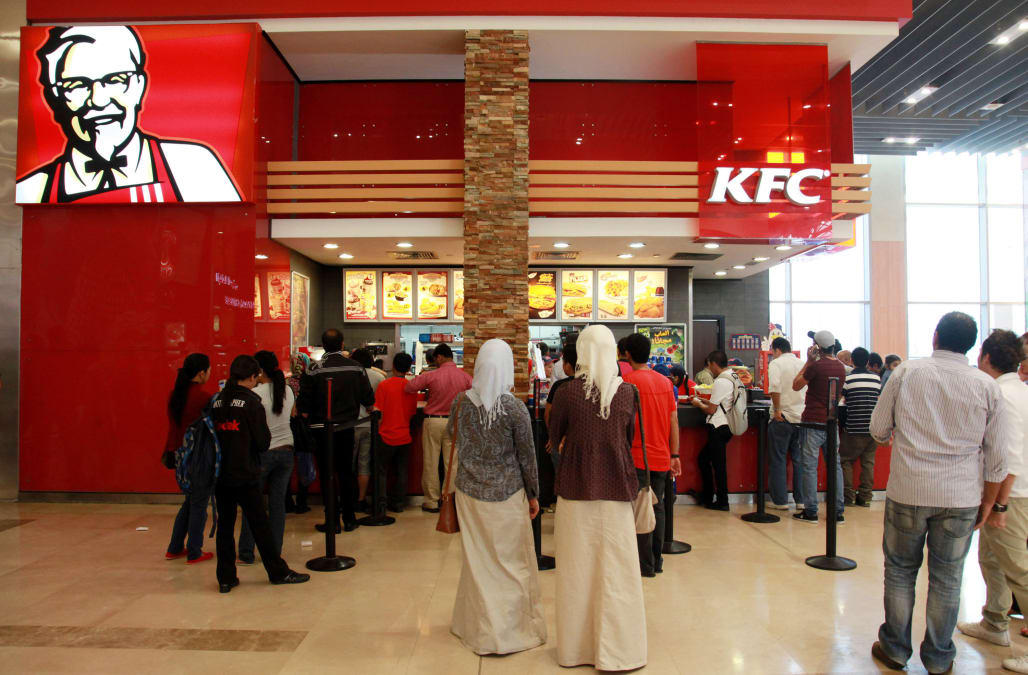 After two years of hiring comedians playing Colonel Sanders, KFC is returning to its roots with its latest celebrity colonel.

On Tuesday, the fried chicken chain announced it is bringing the original colonel, Harland Sanders, back from the dead in a series of new ads launching this week.

The ads will highlight the chain's Original Recipe chicken, melding grainy footage of Sanders from the '60s and '70s with new footage. In one commercial, for example, Harland Sanders shares the screen with Norm Macdonald, one of the many comedians who have played the colonel in more-recent KFC marketing.

RELATED: Check out KFC restaurants all over the world:

"[N]o one can play the Colonel like the Colonel can play the Colonel," George Felix, KFC U.S. director of advertising, said in a statement. "Unfortunately, our original Colonel stopped making ads in the 1970s, so we utilized technology to bring him into the 21st century to sell modern-day offers like our $5 Fill Up and $10 Chicken Share himself."

In his life, Sanders — who died in 1980 — was notoriously licentious in a way that may not be tolerated from most modern spokespeople.

He was known for cheating on his first wife, with his second wife's nephew saying he "found what he needed to find in other places," according to 'Colonel Sanders and the American Dream.' A 1970 'New Yorker' article quotes him observing a crowd of housewives saying: "That gal's let herself go... Look at the size of that one... I don't know when I've seen so many fat ones... Lord, look at 'em waddle."

Despite some initial backlash to bringing back the Colonel in 2015, KFC's Sanders-centric marketing push has been a success. The campaign, along with an effort to improve food quality and customer service, helped spark a turnaround for the chain, which reported in May that same-stores sales increased 2% in the most recent quarter.

More from Business Insider:
Snapdeal's board approves Flipkart offer
Starbucks is shuttering all of its Teavana stores as the retail apocalypse kills off American malls
This new solar-powered home development store is coming after Home Depot