15 of the rarest items in the world 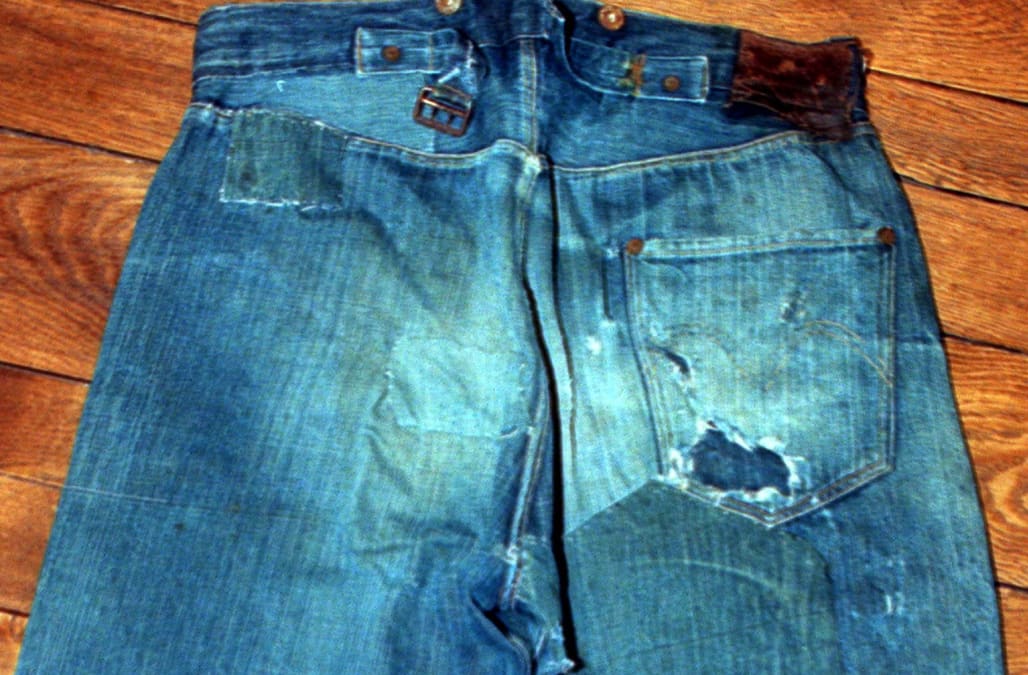 In February 2007, the world's rarest baseball card sold at auction for $2.3 million.

If you think that's totally wild, consider the world's rarest bible, which could net you $25 to $35 million. Single pages of the Gutenberg Bible go for $25,000 each.

An ancient artifact such as the Gutenberg Bible is perhaps expected to fetch a fortune at auction, but what about a pair of jeans? Original Levi Strauss jeans recently sold for $60,000 to a collector.

From wine, coins and jewels to jeans, pets and food -- collectors abound throughout scores of different topic areas and categories. Click through to see the the world's rarest items, including one stunning red gem and a very, very pricey bowl of soup.

15 of the rarest items in the world

The world's rarest gem is believed to be painite. The painite is orangish or reddish brown and was first discovered in Burma in the '50s. Within the last couple of years, the source of the two original painite crystals was discovered and now a few hundred faceted stones exist. A more well-known (but still very rare) gem is the red diamond.

He may have done a lot of writing, but with only 6 of them in existence William Shakespeare's signature is one of the rarest of all and is valued somewhere around $3 million dollars.

One of the rarest comic books still in existence in near-perfect condition is an issue of "Amazing Spider-Man #1," rare not only because of its singularity but also because of its quality. The comic book sold for only 12 cents per copy when it was published in March 1963, and is now worth over $40K -- not an exceedingly high price for comic books -- but extremely rare in such pristine condition.

The earliest known sea salt produced by the Japanese may be the rarest of all. Called Amabito No Moshio ("Ancient Sea Salt"), unpolluted sea water is collected from the Seto-uchi inland sea, infused with seaweed to develop the "unami", and then processed by cooking in an iron kettle, put into a centrifuge, and finally, cooked over an open fire while stirring constantly. The salt is worth over $40 per pound.

(Photo by: JTB/UIG via Getty Images)

According to the Guinness Book of World Records, the most valuable jeans are an original pair of Levi Strauss & Co 501 jeansaged over 115 years old which were sold to a collector in Japan for $60,000 through eBay in 2005. Quite rare indeed considering a new pair sells for $46.

Photo by Ben Curtis/PA
In February 2007, a "near mint-mint" Honus Wagner sold for $2.3 million, at that point probably the highest sale for a baseball card in history. Then, in September 2007, the same card was reportedly sold again. This time for $2.8 million to a private collector. The card in question, aT206 Honus Wagner, was made by the American Tobacco Company in 1909. It has been called the "Mona Lisa of baseball cards."Photographer: Scott Eells/Bloomberg via Getty Images

In 1999, Mark David Chapman's copy of John Lennon and Yoko Ono's album Double Fantasy, autographed by Lennon five hours before Chapman fatally shot him, sold. The album had been found in a flower planter outside Lennon's home, at the scene of his murder. The record bears the forensically-certified fingerprints of Chapman, and was even used as evidence in the case against him. Price tag: $460,000.

The Sorraia Horse (pictured) is said to be the direct descendant of the wild Iberian horse but only 200 currently remain living in South Iberia. The Tiger Horse is a rare breed which is said to have existed in Ancient Spain and the beginning of the New World. Rare in terms of its abilities and characteristics, is the Lipizzaner. Bred for its military prowess, one of these animals can sell for up to $100,000.

There are countless rare books in the world, but by most experts' standards the rarest of them all is the Gutenberg Bible. It was the first book ever printed back in 1456, and although several hundred copies were originally printed finding a complete first edition would net you $25-$35 million. In today's market single pages alone go for $25K each, and several years ago just 1 volume (it's a 2 volume set) sold for $5.5M.

In the world of rare necklaces, a couple million dollars doesn't get you much. Even ten million dollars is cheap for these babies. The most expensive necklace may likely be one built around the Blue Empress, a rare natural blue diamond. The pear-shaped diamond weighs about 14 carats. It is set in 18k white gold and surrounded with white diamonds. It's estimated to be worth $16 million.

One of the rarest bottles of wine ever sold was purchased by Christopher Forbes for a mere $160,000. It was an unmarked green glass bottle with the inscription of "1787 Lafitte Th. J." (now known as Lafite and thought to be owned by Thomas Jefferson), found behind a wall in Paris.

In 2006, a 20-inch high blue and white Yuan Dynasty vase fetched over $2 million. That sounds rare but at the end of that year, casino owner Steve Wynn paid even more for a rare vase. The small copper red and white porcelain vase, is a 14th century Ming vase (pictured) decorated in scrolling flowers. It is from the exceptionally rare Hongwu period and went for around $10.9 million, making it the world's most expensive.

As a general rule the more rare a coin is the more it's worth, so what's the rarest coin ever? It's a debatable subject as not all experts always agree, but if the Double Eagleisn't at the top of that list it's sure near it. Back in 2002 the only Double Eagle coin left to be in private hands (or so everybody thought) sold for $7.9 million dollars.

Served in China for over 400 years, the primary ingredient in bird's nest soup or "Caviar of the East" is saliva nests built by cave swifts. Among one of the most expensive animal products consumed by humans it is believed to aid digestion, raise libido, and even alleviate asthma as it is dissolved in water to create a gelatinous soup. In Hong Kong, a bowl costs up to $30. Red version can cost $10K per gram.

More from AOL.com:
14 items people keep coming back to Walmart to buy
These 10 vehicles have the best resale value
McDonald's just did something brilliant to its drink trays that can never be undone